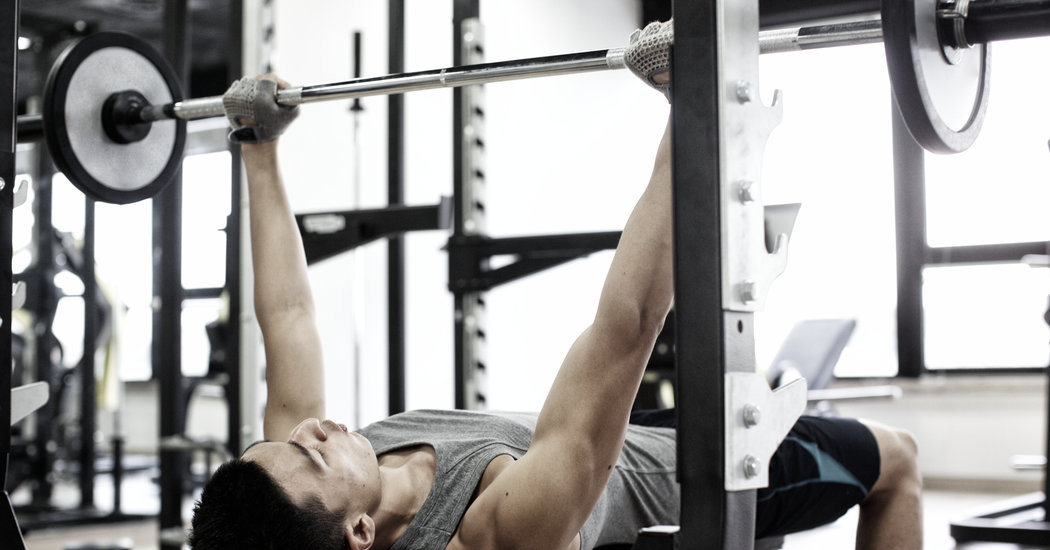 Bathtubs filled with frigid water and occasionally dotted with ice cubes are a common sight in professional athletes’ training rooms and at some gyms. Many recreational athletes also slip into cold baths at home after intense workouts.

But soaking in icy water after lifting weights can change how muscles respond to the workout and result in less muscle growth than doing nothing to recover, according to a cautionary new study of young men and their muscles. The study underscores that how we opt to recover from exercise may influence what we gain from the exercise and in sometimes unintended ways.

Almost no one claims that nippy baths are pleasant; the iciness tends to be pin-prickingly uncomfortable. But adherents believe the frigid waters reduce soreness and inflammation in muscles after draining exercise, lessen muscle damage, allow people to return to full training sooner, and encourage changes within the tissue that contribute to hypertrophy, which is the formal name for muscle growth.

There have been scientific hints in recent years, however, that icy baths after exercise might not be working in the ways that most icy bathers anticipate. Some studies found no differences in muscle and performance gains between athletes who soak after exertions and those who do not. And at least one experiment suggested that any positive physical impacts from cold soaks resulted from the placebo effect.

But many questions remain unanswered about the effects of the baths, including what happens at a molecular level inside exercisers’ muscles when they soak in frigid water, and what those molecular effects might mean for the effectiveness of subsequent workouts.

So, for the new study, which was published this month in the Journal of Applied Physiology, scientists from Deakin University in Melbourne, Australia, Victoria University, also in Melbourne, and other institutions, decided to ask a group of volunteers to brave the discomforts of frigid water in inflatable bathtubs while the scientists tracked the state of their muscles.

The researchers began by recruiting 16 healthy young men who were not currently lifting weights. (They did not include women in this study but expect to in later experiments.) They tested the men’s current muscular strength and their body composition and then divided them into two groups.

Both groups started a full-body, progressive, resistance-training routine, with standard bench presses, curls, pull-downs and so on, the weights increasing over time for each lifter as the workouts became easier.

Before and after the first session at the gym, the scientists biopsied a muscle in the men’s legs. The volunteers then worked out three times a week for seven weeks.

At the conclusion of each session, half of the men recovered by sitting quietly in a room at the gym for 15 minutes. The others eased themselves into cold baths after every workout, the waters cooled to a constant temperature of about 50 degrees Fahrenheit (10 degrees Celsius). The men gamely remained in the tubs for 15 minutes.

They continued these workouts three times a week for seven weeks. After the final workout, the scientists again biopsied the volunteers’ muscles and rechecked the men’s leg strength and body compositions. Then they examined the muscle tissues microscopically and began comparing the groups.

On the whole, they found, the members of both groups were stronger now. But, underneath, their tissues appeared quite unalike.

Muscles are composed of long fibers that plump and grow in response to training, and, as would be expected, all of the men had developed larger muscle fibers with seven weeks of lifting. But the increase in fiber size was much greater among those who had sat after every workout than those who had soaked to recover.

More surprising, the cold soakers showed a different balance of certain biochemicals inside their muscles than among the men who had sat. In particular, their muscles contained lower levels of a protein known to spark tissue growth and higher amounts of a different protein involved in tissue breakdown.

In effect, the soakers’ muscles seemed to have become biochemically primed for slower recovery and less growth than the tissues of the other men, says Aaron Petersen, a senior lecturer in exercise physiology at Victoria University, who led the new study.

Dr. Petersen and his colleagues suspect that the repeated cold-water immersions may have triggered complex metabolic reactions inside the body that prioritize keeping tissues warm over helping them to grow. But that theory needs to be studied in future experiments.

This study also was small and involved only young men and weight training, so its findings might not apply to women, older people or athletes in other sports.

The results could even have different implications for some exercisers.

“If a person doesn’t want to build muscle,” Dr. Petersen says, then icy baths after lifting might be worthwhile.

Read More:  When should you be concerned about cholesterol

But for anyone hoping to grow both stronger and more muscular with gym workouts, he says, “based on our study and previous research, using cold-water immersion following weight training is not recommended.”