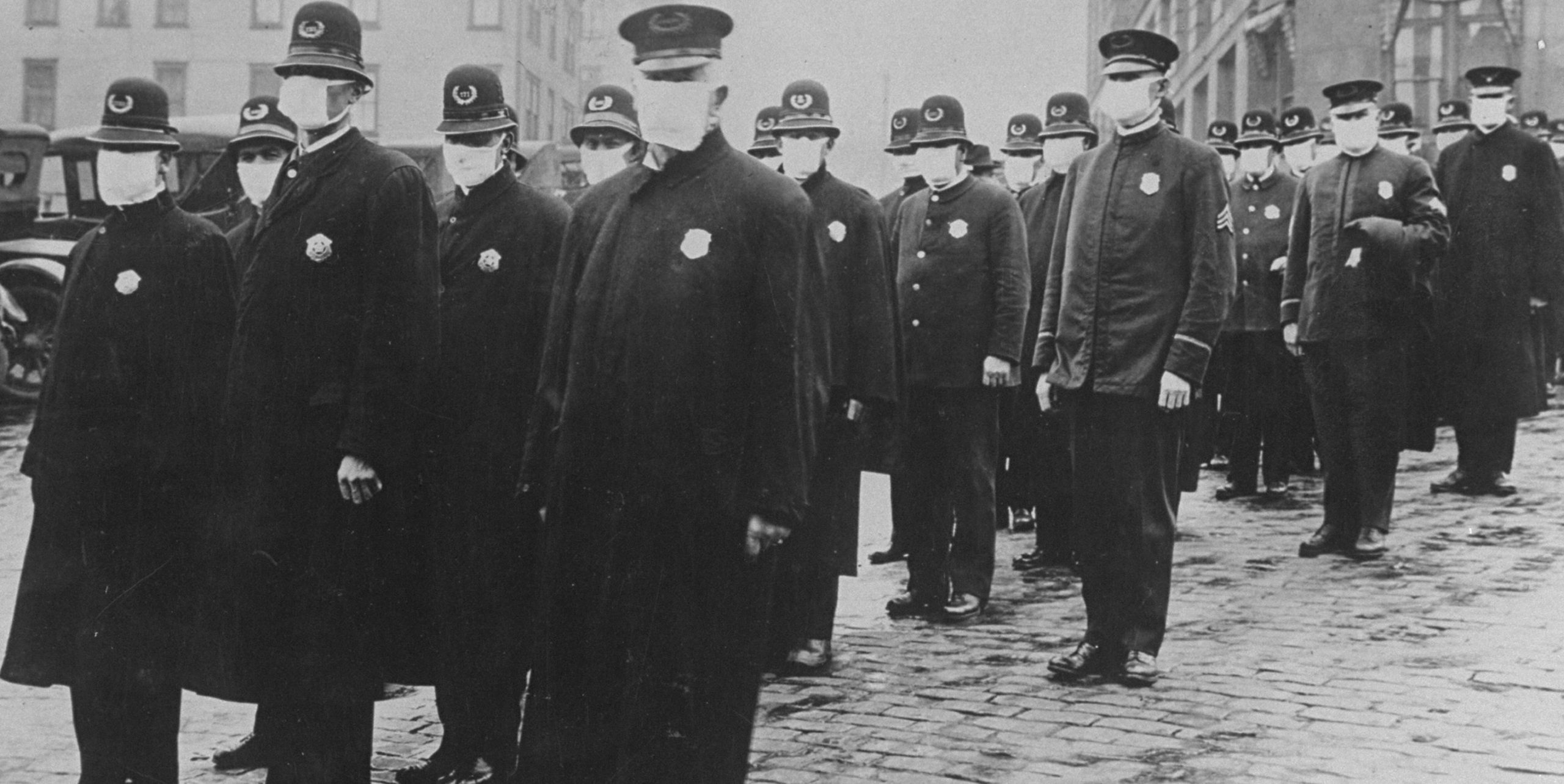 As fears surrounding the current coronavirus outbreak continue to spread around the world, historians and public health officials are drawing comparisons to another deadly global health emergency.

For the past century, experts have considered the 1918 influenza pandemic, colloquially known as the “Spanish flu,” as the benchmark for pandemics. Control efforts developed in the wake of the 1918 flu pandemic shaped how the modern world responds to viral outbreaks, including isolation, quarantine, communications about personal hygiene, use of disinfectants, and limitations of public gatherings—all of which are coming into play again, as new cases of COVID-19 emerge.

It’s important to note that COVID-19 and the 1918 flu are different viruses, and it’s far too early to place them in the same league in terms of potential devastation. However, in order to contextualize the current moment with coronavirus, it may be helpful to understand a little more about the history of what’s commonly known as “the mother of all pandemics.” Here’s everything you need to know about the 1918 flu pandemic.

Although the 1918 flu was widely known as the Spanish flu, its geographic origin remains contested. The outbreak occurred during World War I, and reports of the flu’s extent were greatly suppressed by countries involved in the war, including the United States, France, Austria, Germany, and the United Kingdom. Spain was neutral during World War I, which meant it had less of a strategic incentive to downplay the flu outbreak. The nickname stuck, but experts have suggested East Asia, Europe, and even Kansas as potential origins of the 1918 flu.

Read More:  People who take opioids are the AIDS patients of today

What was the death toll?

The Spanish flu pandemic infected more than 500 million people worldwide, or 27 percent of the world’s population at the time. The death toll is estimated to have been 40 million to 50 million (but could’ve been as high as 100 million).

How does the 1918 flu pandemic compare to the COVID-19 outbreak?

To date, a respiratory disease caused by a novel coronavirus has killed more than 2,800 people worldwide, with the vast majority of cases occurring in mainland China. Around the world, there have been more than 83,000 cases in over 60 locations, with reported infections in every continent except Antarctica. The virus has been named “SARS-CoV-2″ and the disease it causes has been named “coronavirus disease 2019,” which is abbreviated as “COVID-19.”

Coronaviruses are a large family of viruses that are common in people and many different species of animals, including camels, cattle, cats, and bats. According to the Centers for Disease Control and Prevention (CDC), the SARS-CoV-2 virus is a betacoronavirus that has its origin in bats. It’s believed that at least two months ago, animal-to-human contact occurred in Wuhan, China, which is considered to be the epicenter of the outbreak. Since then, the virus has spread via person-to-person contact.

The 1918 influenza outbreak was caused by an H1N1 virus with genes of avian origin. There were three additional pandemics between 1918 and today: the 1957 H2N2 pandemic, the 1968 H3N2 pandemic, and the 2009 H1N1 pandemic (also known as “swine flu”). All three pandemics were less widespread and less deadly than the 1918 pandemic.

The death rate for the 1918 flu pandemic was exceptionally high, at over 20 percent. (The typical flu kills less than 1 percent of those infected.) While the situation surrounding COVID-19 is still developing, current estimates of the mortality rate are around 2 percent or lower.

Antiviral flu drugs were not available at the time (even penicillin—which fights bacteria but not viruses—wasn’t discovered until 1928). While some communities were able to implement mitigation measures such as closing schools and issuing quarantine orders, the U.S. federal government had no centralized role in in initiating or executing coordinated pandemic plans in 1918.

There is no vaccine currently available for COVID-19, but advancements in medicine, technology, and public health communications mean countries like the United States are much more prepared to deal with a pandemic than they were over 100 years ago.

The 1918 flu pandemic had three waves, with the second wave being the most lethal (the deadliest month of the pandemic was October 1918). The pandemic abated in 1920. By the end of the pandemic, 675,000 Americans were dead from Spanish flu and hundreds of thousands of children were orphaned.

Public officials largely downplayed the pandemic at the time. “There is no cause for alarm if precautions are observed,” said U.S. Surgeon General Rupert Blue. Many American newspapers didn’t want to a challenge a censorship law that called for 20 years in prison for printing anything the government deemed detrimental to the war effort, and updates about the escalating national and international death toll were underreported.

For more information on the current coronavirus outbreak, we had a doctor answer 20 pressing questions.