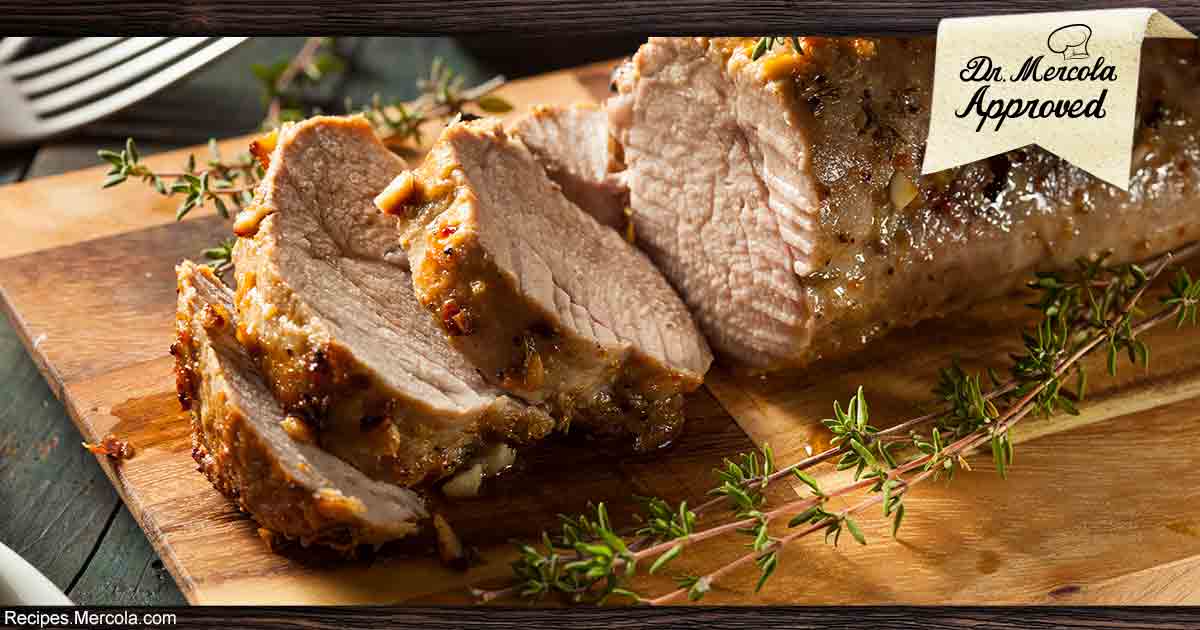 Also called pork filet and pork tender, pork tenderloin is a lean, boneless cut of meat taken from the muscles that run alongside the backbone of a pig. As its name implies, pork tenderloin is the most tender pork cut — this is because it’s located at a part that gets very little exercise, if any. It is long and cylindrical, with a tough connective tissue (called silver skin) that needs to be removed before cooking.

A pork tenderloin usually weighs around 1 pound and is often sold whole. It’s a little expensive compared to other pork cuts. Be careful not to confuse pork tenderloin with pork loin because they’re two completely different cuts of meat. While pork loin is also a lean cut of meat taken from the back of the animal, it’s wider compared to pork tenderloin and can be used to cut steak-like pieces. These two cuts cannot be substituted for each other because of their difference in size and shape.1,2

How Long Should You Cook Pork Tenderloin?

Timing and temperature are crucial when it comes to cooking pork tenderloin, as it can easily dry out and become chewy when overcooked. When undercooked, it could put you at risk of foodborne microorganisms such as Trichinella spiralis, E. coli and salmonella.3 The cooking time for tenderloin may vary depending on the size of the cut, the cooking method used and the heat setting of the cooking equipment. Here are some of the approximate cooking times for different cooking methods according to the United States Department of Agriculture (USDA):4

Whichever cooking method you choose, be sure to let the meat rest for at least three minutes before consumption. The USDA also advises to measure the internal temperature of the pork tenderloin with a food thermometer before removing it from the heat source.

Since it’s versatile, easy to prepare and quick to cook, pork tenderloin is a great go-to meat for a variety of recipes that you can serve for casual family meals or even formal dinner parties. Here are some ways you can cook pork tenderloin:

Read More:  Vitamin B12 deficiency: Sign on the face you’ve taken too much of the supplement

A marinated or dry-rubbed pork tenderloin takes well to the smokiness of a grill. I recommend grilling your meat over indirect heat. Do not use charcoal, as it can increase your risk of being exposed to heterocyclic amines (HCAs) and advanced glycation end products (AGEs), which are harmful chemicals produced during grilling. Here’s the proper way to grill pork tenderloin on indirect heat so you get a crispy crust and a juicy center:9,10

Don’t skimp on herbs and spices when grilling pork tenderloin. Not only do they add flavor to the meat, but they may also help reduce the amount of HCAs and AGEs produced when grilling.11

Roasting is one of the most popular methods for cooking pork tenderloin. Here’s how it’s done:12

Slow cooking is an ideal cooking method if you want to ensure that your pork tenderloin is moist, juicy and cooked thoroughly. If you’re planning to try this method, make sure you have ample time to cook your pork tenderloin on low heat. Follow this step-by-step guide:13,14

If you’re looking for other ways to cook pork tenderloin in the oven, then baking is a must-try. Here’s a guide to help you bake this pork cut properly:15,16,17,18

Once you’ve mastered the different cooking techniques for pork tenderloin, try cooking one of these recipes:

(Recipe adapted from The Spruce Eats20)

What to Look for When Choosing a Pork Tenderloin

When buying pork tenderloin, choose a piece that’s pinkish-red in color to make sure it’s fresh. Avoid those that look pale and have dark spots.21 Most importantly, always choose pork tenderloin that comes from a naturally raised, pastured source. Do not buy meat that comes from animals raised in concentrated animal feeding operations (CAFOs), since they’re likely given antibiotics that could put you at risk of antibiotic-resistant diseases.

Q: What is pork tenderloin?

A: Pork tenderloin is a lean cut of meat that’s taken from the muscles along the backbone of a pig.22

A: Pork tenderloin is just as lean as a chicken breast.23 According to the USDA, roasted pork tenderloin may be a great source of protein, thiamin, niacin, vitamin B6 and selenium.24

Q: How do you know when the pork tenderloin is done?

A: The best way to tell the doneness of a pork tenderloin is to measure the internal temperature of the thickest part of the meat. Pork tenderloin should be cooked to 145 degrees Fahrenheit to make sure it’s safe for consumption.25,26

Q: How do you keep pork tenderloin from drying out?

A: Cooking the pork tenderloin to an internal temperature of no more than 145 degrees Fahrenheit keeps it moist and juicy.27

Q: Should I cover a pork tenderloin in the oven?

A: You do not need to cover a pork tenderloin when cooking it in the oven. Roasting it uncovered gives it a caramelized crust.

Q: Is it OK for a cooked pork tenderloin to be pink?

A: It’s normal for a properly cooked pork tenderloin to be slightly pink in the middle. This is safe for consumption as long as the internal temperature reached 145 degrees Fahrenheit.28,29

Q: Should I wrap pork tenderloin in foil?

A: I do not recommend wrapping pork tenderloin or any food in foil, since it’s made from aluminum. Aluminum is a neurotoxic substance that could contaminate food, drugs and other consumer products. One study even shows that aluminum exposure could increase your risk of Alzheimer’s disease and cancer.30