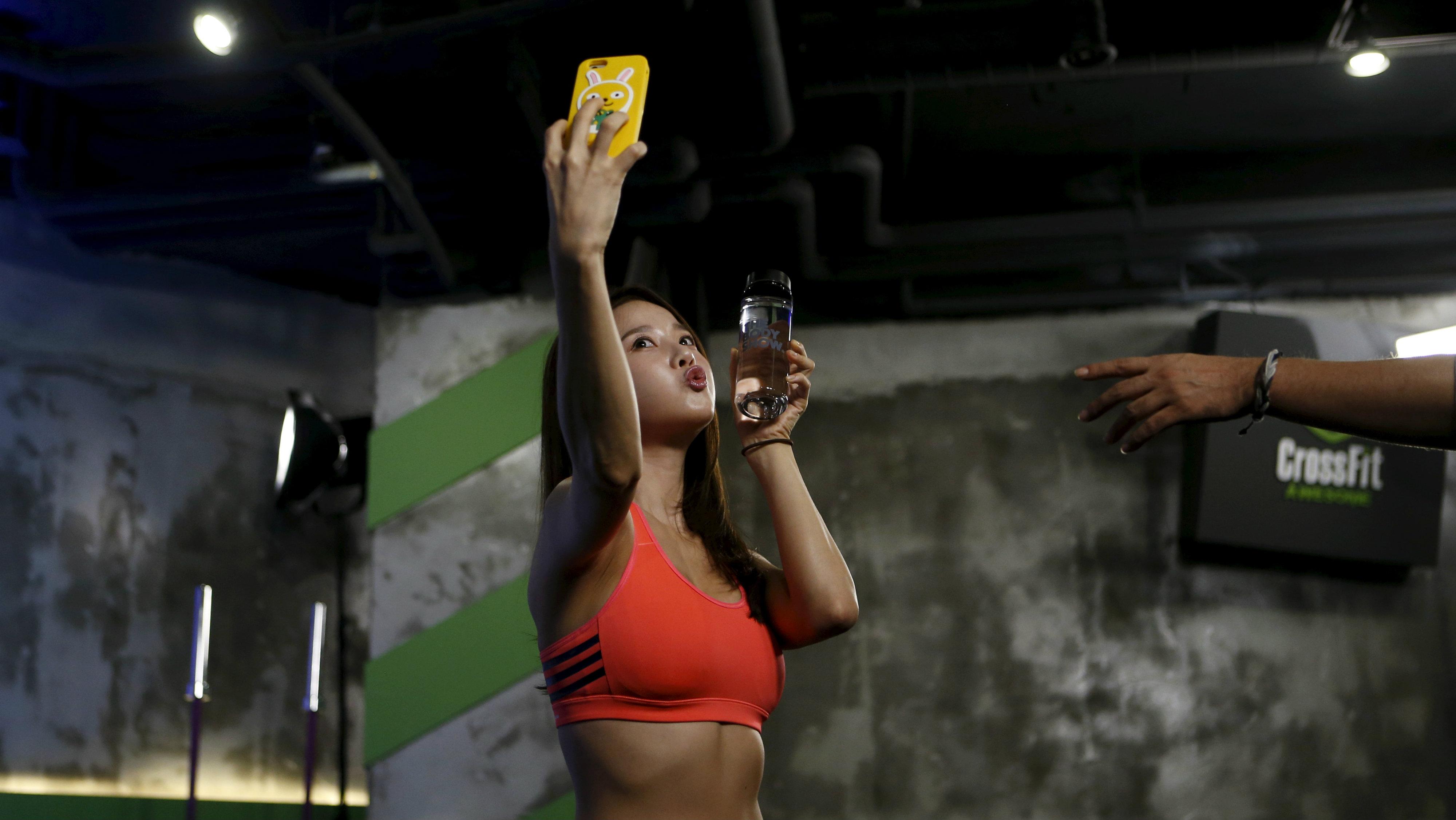 It’s nearly January, which means the clock has run out on feasting and indulging. Tis now the season to abstain.

That message is all around us, from the discounted gym memberships urging you to make this year the one where you get the body you’ve always wanted, to the sponsored posts in your social media feeds hawking skinny teas and bikini body plans. It’s in the supermarket aisles, where “lite” products get prominent shelving, and on the morning TV shows, telling you how to start this year with a plant-based eating plan.

Just don’t call it a diet! Diet culture, in all its permutations—think low-fat in the 1990s, low-carb in the 2000s—is over, we are often told. Weight Watchers is now a “wellness” company, and “healthy” is the new beautiful. Our aspirations have moved on from Diet-Coke-swilling supermodels and calorie-counting to #fitfams and plant-based diets.

As I wrote for Quartz earlier this year, however, much of this modern wellness culture is simply diet culture 2.0. It’s no coincidence that the wellness world’s most prominent evangelists almost invariably slot into a suspiciously familiar rubric: thin, white, affluent, and able-bodied.

That’s why, this time of year, it’s important to pay close attention to the diet language that lurks online, on billboards, on food packaging, and in the media. Often, it can sound innocuous, harmless, or even positive. But in fact, many of these phrases reinforce the idea that food has a moral character, and that you, by extension, are worth more or less based on what you eat and weigh. There’s good news: You’re not.

Take language that describes food as “detoxifying” or “clean” or a “superfood.” No single food is super, and often the most obscure and aspirational superfood—be it spirulina, hemp seed, chia, or goji berries—offer the same beneficial vitamins and nutrients as eating a couple pieces of supermarket fruit, or a bowl of brown rice with broccoli. As for flushing out “toxins,” most people’s liver and kidneys manage to detox the body perfectly well, thank you very much. That two-day “juice cleanse” may not necessarily hurt you (other than leave you miserably hungry) but it’s probably more accurate to just call it a “crash diet.”

Read More:  Why does the keto diet cause a skin rash?

The flip side is the demonizing of food: Calling sugar “poison” and allowing foods like pizza only under the guise of a “cheat day” indulgence. The former is demonstrably false: Sugar in large amounts can cause health problems for some people, but unlike cyanide or arsenic, it is food and not poison. The latter positions delicious food as something you have to earn; you don’t. The only thing you’re cheating by not ever eating pizza is yourself. In addition, “processed” foods can mean everything from Flamin’ Hot Cheetos to split lentils that have been halved and dried (that’s a process, after all), so be suspicious of such reductive labels.

Similarly, don’t buy the idea that the fewer calories a food has, the healthier it is. Food literally is calories. That’s the sole requirement of calling it “food.” Ergo those “zero calorie noodles” made with obscure starches are not an innovation or diet hack, but actually noodles that are failing at the main job of being a noodle.

This language extends beyond what we eat to how we move, too. Exercise, for example, is often framed as an act of penance or atonement—”I ate so much last night, I have to go to the gym today.” This ignores the fact that our bodies were designed to get up and move once in a while and that we should and can enjoy the exercise we do.

No form of exercise is inherently “better” than another. The intense cross-fitter doesn’t earn more points than the person who goes for a gentle jog around the park or a bike ride. Intensity shouldn’t in itself be the goal; regular movement that’s manageable, beneficial, and enjoyable to you is.

Read More:  Can diazepam be taken with zolpidem

Running throughout all these examples is the implicit idea that thinness is a superior state of being. So it’s also important to remember that just because something makes you lose weight doesn’t mean it’s good for you (wild, right?!). When you see those influencers say “my tummy feels so flat” from their inane no-food detox regimes, stop and ask yourself why that’s the assumed goal. As food writer Mark Bittman and doctor David L. Katz recently wrote: “Not everything that causes weight loss or apparent metabolic improvement in the short term is a good idea. Cholera, for instance, causes weight, blood sugar, and blood lipids to come down — that doesn’t mean you want it!”

Part of the reason it’s so hard for us to drop out of diet culture is because it’s so thoroughly embedded into our lives. We often scarcely notice the language that peddles a thin-centric agenda, because it is the only language and agenda we’ve ever known, points out Laura Thomas, a London-based nutritionist and author whose forthcoming book, Just Eat It, will be published in the UK in January. (Full disclosure: she is also my friend.)

“Diet culture is omnipresent … It’s woven into the fabric of daily life so seamlessly, we barely notice it’s there at all,” Thomas writes. “Health” has become synonymous with weight, she argues—at the expense of all the other things that make us well or unwell, including our environment, mental health, socioeconomic indicators, stress levels etc.

The approach Thomas espouses, known as intuitive eating, is designed to be a self-directed alternative to the set of rules we’ve all inherited. It’s not about how much, or when, or how you eat, but rather trusting your body’s cues and “rejecting the dogmatic ideas about health being predicated on your weight.” It’s flexible, adaptable, and “keeps its place as only one important area of your life.” And importantly, it looks different for everyone. That’s very much the point.

Indeed perhaps the hardest part of dropping out of diet culture is getting used to the idea that we can come to know bodies well enough to trust them.  That we don’t need a set of rules, or judgements, or quick-fix regimes to tell us how to feel good in our bodies. It’s a tall order—certainly for people who have struggled with eating disorders or disordered eating—but thankfully, with a little self kindness, it’s one that is achievable for everyone.