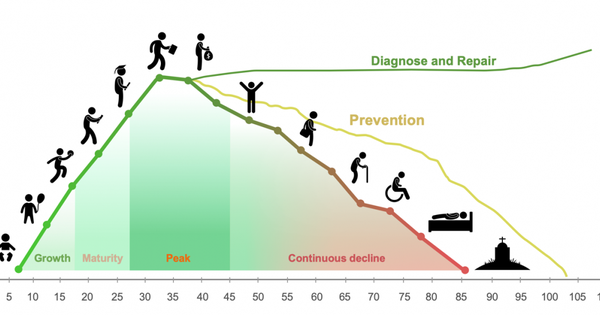 If we zoom out of the mundane and take a bird’s eye view on life, it is simple. We are born, we grow, we reproduce, we take care of our young while gradually declining, and then we die of a long and terrible or short and not so terrible disease. The millions of years of evolution polished us to accept this paradigm, and the inability to change had made us very content with the situation.

Advances in science and technology satisfied our basic needs and allowed for the new concepts for “pursuit of the greater good” and collective welfare to emerge and prevail. Communism emerged during a time of great innovation and technological change and today the AI-powered communist ideals are likely to propel China to global greatness and dominance. While in the capitalist world there is also a trend for socialism and achieving equality through income redistribution.

While there is a lot of talk about the growing income inequality and the increasing gap between the rich and the poor, the difference in overall utility one can get in this life is rapidly decreasing. There are few real necessities people cannot go without, namely food, clean water, shelter, sleep, and basic entertainment. Think of the mobile phone. The rich can get a slightly better package but the net utility between the cheap Android and the most expensive iPhone will be marginal. Regardless of how rich you are, you cannot buy a better phone, or a smartwatch, or a video game, or a better movie, compared to a middle-class citizen. One does not fly business class to arrive earlier.

The arbitrary separation of the classes, ethnic groups, races and nations is only drawing our attention away from the most important and unsolved challenge – aging. Regardless of how much money you have, you cannot live substantially longer or better. Aging does not discriminate and death comes to us all. Life does not provide a path for continuous improvement. Aging is a universal equalizer.

If I managed to capture your attention with the above preamble, in this short article I would like to achieve three objectives:

Effective altruism, a concept summarized in William MacAskill’s book “Doing Good Better,” is the idea that doing good and donating money to worthy causes is really just the start. He suggests that we use research and reason to make sure our help reaches the most people and has the most impact on their lives.

One of the keys to effective altruism, therefore, is to work on the right problems, according to MacAskill who writes, “The cause that you choose to work on is a big factor in how much good you can do. If you choose a cause where it’s not possible to help very many people, or where there just aren’t any good ways to solve the relevant problems, then you will significantly limit the amount of impact you can have.”

As one example, MacAskill cites an essay by Dr. Toby Ord that shows how effective a $ 1,000 donation would go toward various interventions — such as surgery, medical therapies and education —  to help people with HIV and AIDS. The biggest bang for your charity buck, though, would be to invest in educational programs for high-risk groups. How big of a difference? An educational program delivered to the right audience is about 1,400 times the impact of surgery, he says.

Now, to understand why efforts to extend human longevity just may be the smartest example of effective altruism, we’ll need to understand more about measuring and maximizing the quality of life — and maybe even play a video game.

Imagine for a second that you are a character and life was a video game. How would you know if you’re winning?

As I discussed in my previous article, there are several ways you could keep score in our video game called life. You could, for instance, use your wealth to keep score. You could also compare your reputation or status to other players’. Yet, these metrics won’t tell you the real score. They leave too much out. Does your wealth really indicate whether you’re good at the game, or just lucky? Can it tell you whether you’re even enjoying the game? Would that score say anything about how you improved the game itself, or whether you improved the game for your fellow players?

A better way to check your score at life is a metric called QALY, or quality-adjusted life year. QALY can serve as a universal score because QALY measures both how long you live and how well you live. QALY represents a year of life lived in an optimal healthy state. It can be divided up, too. For example, two years lived at 50 percent of the optimal healthy state can count as only one QALY.

QALY can also be shared and distributed. For each year that we remain healthy, our acts and our contributions — anything from giving birth to paying taxes to work on scientific advances — could raise their QALY of other people all around the world. We call this optimizing global QALY.

The traditional approach to altruism is to donate the accumulated wealth to charities and worthy causes. However, a far more effective way to maximize global QALY is to stay healthy, live longer, direct your wealth intelligently and keep contributing to the world in all the other ways money can’t count. So, that means the best way — in fact, the only way — to generate effective altruism and maximize global QALY is to focus on aging and longevity research.

Longevity research and commercialization as the most altruistic endeavor

Using artificial intelligence to assist research into treatments for longer, healthier lives is an effective launching point for efforts to maximize QALY.

There are many AI experts who worry that artificial general intelligence, or AGI, will be a threat to human life. They worry about how AGI, also referred to as sentient AI, would replace humans and even discuss mind uploading, or the transfer of the human memory and capabilities into computers, as a path to longevity, even though there is no proof of concept demonstrating the feasibility of any of these approaches (Wallach et al., 2010; Deca and Koene, 2014). This topic seizes public attention because it does not require substantial technical skills to understand and appeals to the human primordial survival instinct. However, making AGI a partner could help our quest for better, longer lives. How could we do that? The most impactful move we can make at this point is to create a set of values for AGI focused around the maximization of human QALY globally.

We would teach AGIs that maximizing global longevity and the human health span is the ultimate form of altruism.  This very simple formula — at every given time pursues the optimal strategy to generate the maximum number of QALYs for everyone on the planet — can work for every individual, organization, and government regardless of the skills, profession, wealth or government type.

For those of you who are driven to find the most effective way to maximize QALY on a global scale, becoming part of the growing movement to help people live longer and healthier lives is an obvious option. By personally engaging in longevity research, understanding the key concepts, and distributing the resources into longevity and aging projects that maximize global QALY may very well be the most altruistic endeavor you can embark on.