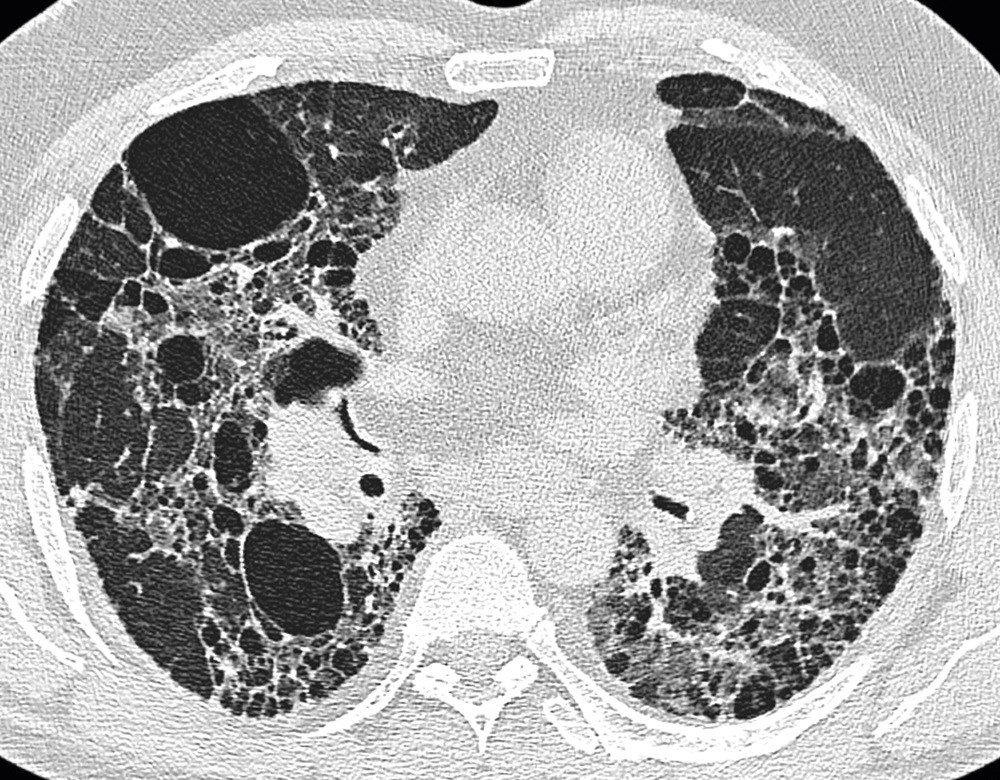 Compared with the other 3 phenotypes, nonfibrotic hypersensitivity pneumonitis was associated with the longest event-free median survival.

A total of 117 patients with HP based on surgical/transbronchial lung biopsy, bronchoalveolar lavage, and/or exposure history were included in the analysis. Patients with IPF were diagnosed on the basis of clinical and histological findings (n=161). Investigators only included patients with baseline high-resolution computed tomography (HRCT) and FVC% measurements. Radiologic features of each patient were recorded by 3 thoracic radiologists. The researchers focused on identifying differences between HP and IPF in terms of survival time from HRCT to either death or lung transplant.

Compared with the other 3 HP phenotypes, nonfibrotic HP was associated with the longest event-free median survival of >14.73 years, as well as improvement in FVC% of 1.92% (95% CI, 0.49-3.35; P =.009). Also, HP with nonhoneycomb fibrosis was associated with longer survival compared with IPF (>7.95 vs 5.20 years, respectively). Both IPF and nonhoneycomb fibrosis groups had noticeable declines in FVC%. Patients with HP and IPF with radiologic honeycombing were both associated with poor survival (median, 2.76 and 2.81 years, respectively).

Findings from this study, according to the researchers, emphasize “the importance of making a correct diagnosis of HP (vs IPF) in patients with non-honeycomb fibrosis, as well as the limited utility in differentiating HP from IPF among patients with radiologic honeycombing.”

Read More:  How badly was YOUR NHS hospital hit in December?