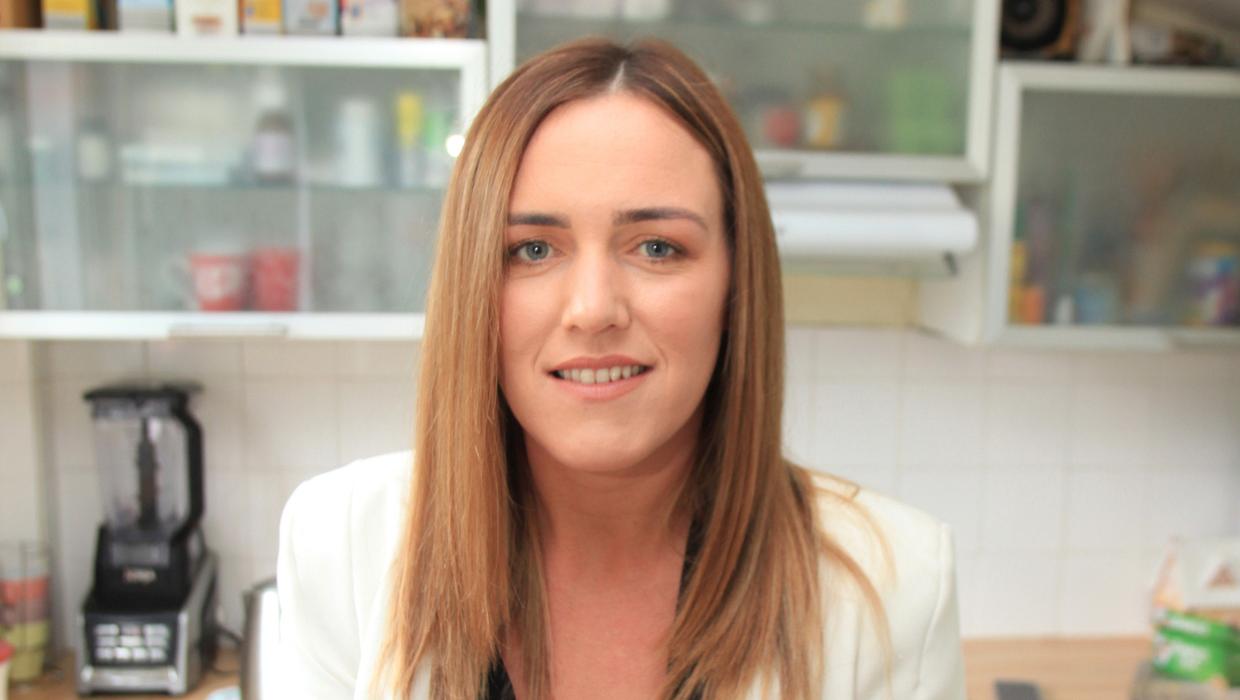 The last few months have undoubtedly been difficult as we’ve all been doing our best to adapt to restrictions placed on us by the onset of Covid-19 – but some people have issues far greater than trying to keep the kids amused while working from home.

une 21 is the annual fundraiser for the Irish Motor Neurone Disease Association (IMNDA) when the charity aims to raise much needed funds and awareness for this crippling condition. In normal times, the event involves tea/coffee fundraisers but this year, thanks to the pandemic, we are simply asked to host a virtual ‘tea party’ and donate what we can to the campaign.

Róisín Foley is living with the reality of MND. The mother of three – Rachel (14), Sadie (8) and Rosie (7) – was only in her late twenties when the first signs became apparent. Initially her hands just began to feel stiff, then a few months later the symptoms worsened, and her right hand became ‘disfigured’ with fingers curling in of their own accord.

She made an appointment with her doctor and was referred for tests to decipher what could be wrong – but the possibility of MND never entered her head.

“Initially when my hands started to look and feel differently, I just thought I was feeling the effects of a cold winter,” says Róisín, now 32. “But by the following summer (2017) things really progressed and I couldn’t ignore it anymore. My GP referred me to a rheumatologist but after a few tests, he said the problem was most likely neurological, so I was referred on.

“I wasn’t overly worried but the previous year, having completed a science degree, I was writing all day long and now I was hardly able to hold a pen, so I knew something was definitely wrong, particularly as my left hand was going the same way and my arms often felt very weak. But I still thought it was something that could be fixed.”

Although the Dublin woman knew things weren’t right, she had no idea that she was suffering from such a serious and debilitating condition.

“Around my 30th birthday I remember trying to tie my shoelaces and couldn’t grip the lace at all, so knew something was very wrong,” she says. “I had been waiting for an appointment on the public system but asked to be referred for a private consultation as I realised that I could be waiting around for months and I certainly wasn’t getting any better.

Read More:  Are You a Morning Person? If So, You’re at Lower Risk for Breast Cancer

“A few days later, I received an appointment with a neurologist and was asked to go into hospital for a fortnight so they could do a series of tests. Then after I was discharged, I was told to come back with a family member to get the results.

“My dad and my sister came with me and I have to say I wasn’t prepared to be told that I had Motor Neurone Disease, it was such a shock. I have five siblings so initially everyone was crying as we were all just so shocked. I think I was completely numb and couldn’t understand how something like that could happen to me – I was just too young, and it was so out of the blue.”

The young mother was put on medication and says this has halted the disease to a certain degree, but while her entire life and future has been altered, she is determined not to let it define her.

“I am on a tablet twice a day which slows down the progression a bit,” she says. “There is research ongoing all the time, so I’m hopeful that by the time I start to get worse, there will be better medication out there – which will help keep it at bay for as long as possible.

“After my diagnosis, Dad went to the IMNDA and they were amazing right from the beginning. They sent a nurse out to talk to me and help tell the children as I didn’t know how I was going to do that. Then another nurse came to meet with the family so they could put a plan into action and get everyone on board to make it as easy as possible – they were both amazing, particularly as there are only a few nurses with the organisation who cover the whole country.”

Róisín now relies on help from her family, particularly her sister, Sinéad, who has moved in with her daughter, Sophie (2).

“My sister lives with me now so we have a very busy and active house,” she says. “The rest of the family help out as well and my mam is here every day. I was diagnosed in September 2017, so I have been living with it for nearly three years now and the biggest decline has been with my voice and my breathing.

Read More:  Four European States That ‘Eradicated’ Measles Back to Square One Says WHO as Viral Disease Re-Emerges

“I got an amazing opportunity to bank my voice and all the phrases I normally say are on a really easy-to-use tablet, which is great as I can be very difficult to understand. I sleep with a breathing machine, which is brilliant and gives me the energy I need to spend with the girls, and I take regular breaks throughout the day. My walking has also become very slow and my balance isn’t great so while I can get around the house, I use a wheelchair when I am outside.

“The kids have been amazing throughout and although they get upset from time to time, I always talk to them about it and let them know that it’s okay to be sad and angry. Unfortunately, I am not able to do regular things with them anymore as I can’t bring them to the park or anywhere without having someone to help. But thank God I have a big family who do an amazing job of keeping things as normal as possible and the girls are very protective of me and do everything to make sure I have what I need.”

Despite her illness and the extra difficulties caused by the global crisis, Róisín is determined to stay positive.

“The current pandemic has definitely been harder on both the kids and my care team as I’m high risk, so it has been a full-time job being extra cautious and keeping everything clean,” she says.

“But on the positive side, I have been able to spend a lot of uninterrupted time with the girls who are usually so busy with school and all their activities, play-dates and parties.

“The home-schooling has had its challenges too but as the weeks went by, we got into a good rhythm with it – everyone has done so well and been really supportive.

“And I am trying to get on with my life so take every opportunity to enjoy each day. Having MND has really made me appreciate life – we all know that we are going to go at some stage, but now that I have this diagnosis, I am going to make every day count.”

The Dublin woman believes that having a positive attitude is vital and would advise others to try and be the same and not let MND be in charge.

“My advice to anyone else who has just been diagnosed would be to gather a good support network around them,” she says. “I am blessed with a great family, friends and community and this is the most powerful tool when it comes to staying positive. The IMNDA is also amazing and I would encourage anyone affected by this disease to seek their help immediately.

“And although it sounds difficult, it is so important to be positive. No one knows what is around the corner, so take each day as it comes and live life to the full – it’s not an easy thing to come to terms with, but I have and it’s helping me through it.”

The facts: About MND