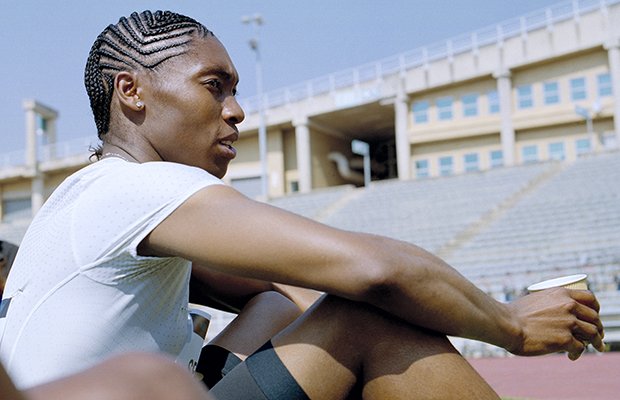 It’s been a stellar year for Caster Semenya – performance-wise – but a tough one in the spotlight. Amidst all her world record-breaking wins, she is still to face some of her biggest challenges yet, with the International Association of Athletics Federations (IAAF).

What The IAAF Claims

The IAAF announced earlier this year that they are to reinstate regulations governing female athletes with elevated testosterone. The new rule would affect women with testosterone levels of five nanomoles per litre and above and would regulate eligibility for major international competitions like the Olympics and world championships.

The IAAF claim that women with higher testosterone can have as much as a six percent advantage, particularly shown in races that cover distances from 400 to 1.6km, based on studies that they conducted.

What everybody else says

However, those studies have come under fire. A professor of statistics at Columbia University, Andrew Gelman, described the analysis as “such a mess that I can’t really figure out what data they are working with, what exactly they are doing, or the connection between some of their analyses and their scientific goals”.

There are also some concerns that reducing testosterone in women can have negative health affects, such as high risk for osteoporosis, claims Katrina Karkazis medical anthropologist at Stanford University and author of Testosterone: The Unauthorized Biography.

Caster has challenged the new proposed IAAF ruling, taking it to the Court of Arbitration for Sport. The court said in a statement: “Caster Semenya seeks a ruling from CAS to declare such regulations unlawful and to prevent them from being brought into force. An arbitration procedure has been opened.”

The Commission for Gender Equality (CGE) believes the new regulations are discriminatory against athletes falling into this category and has called upon UN Women, the Department of Sports and Recreation, Athletics South Africa (ASA) and the South African Sports Confederation and Olympic Committee (SASCOC) to offer their support to Semenya as the Commission believes the IAAF new regulations are discriminatory.

READ MORE: We’ve Got Your Back Caster – Here’s Why We Love Her So Much

Caster Opens Up To Us In A New Interview

It’s been a great year for you, you’ve broken many records and achieved so much, how does it make you feel?

“I have fulfilled my dream. I have been running for a decade now. I think I was prepared now [for 2018] – I was ready. If I look back from where I started, that was my goal.”

You still have some big races coming up. How do you prepare mentally for them? How do you keep such a strong focus, with everything else going on?

“When it comes to running, especially for a competition, the reason I am calm is because I know I’ve done the work. I have done the hard work during training. Basically, it’s just transitioning what I have done in training to excelling.”

You’re facing some challenges this year with the IAAF. How do you stay positive through all of it?

“I think positivity comes from where you’ve come from: how you’re raised, the love that you get from the family, their belief in you, they accept you for who you are, they love you, they appreciate you. And then comes friends. It’s about the love and support that you get from people. If people believe in you, you’ll always be positive, you’ll be a believer. Also – you need to believe in yourself.”

“People need to know the meaning of humanity, ubuntu. You need to know there is respect and there is love. If we, as people, do not respect each other and we do not love one another, the world would be messed up and that’s where the problems come.”

What are the most valuable lessons you’ve learnt over the past 10 years?

“It’s about knowing what you want. You need to learn how to understand yourself: your self-esteem, belief, hard work…”

“What the new generation needs to do, when they see ‘Okay, I am good at something’, is to do it. There’s no question about it. We all have purpose and I believe that each one of us has an assignment to do, but it’s up to you how you do it and how you live life.

“We have been given life, but no one can live it for you.”

READ MORE: How To Stay Mentally Strong When It Feels Like The World Is Falling Apart