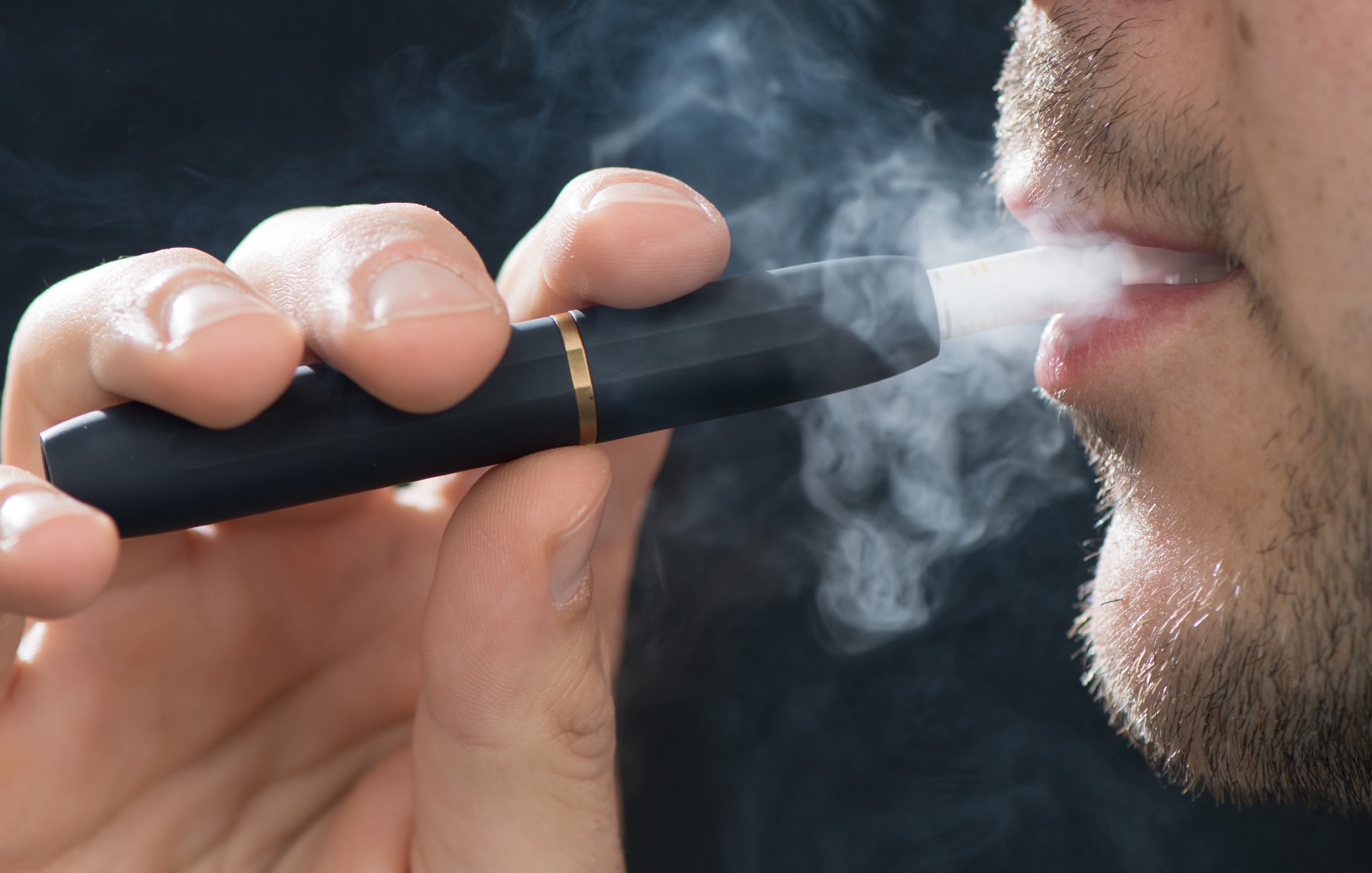 Philip Morris International beat second-quarter earnings and revenue estimates and hiked its full-year forecast Thursday as its new tobacco products gained momentum, sending shares of the company up more than 7%.

PMI sells Marlboro cigarettes and other brands around the globe. The tobacco giant is trying to pivot away from cigarettes and toward new products, namely iQOS, which heats tobacco instead of burning it. The product drove the company’s performance in the quarter.

Cigarette volume fell 3.6% in the quarter, while volume for heated tobacco spiked6 37% in the quarter. The results — and Wall Street’s reaction — are a stark contrast from a little over a year ago when PMI’s stock had its worst day in a decade after revealing growth had slowed in Japan, a key market for iQOS.

“I think we’ve had a strategy for a number of years for a smoke-free transformation, and we’ve stuck through that strategy this entire time,” Chief Financial Officer Martin King said in a phone interview.

PMI reported second-quarter net income of $ 2.31 billion, or $ 1.49 per share, up from the $ 2.19 billion, or $ 1.41 the company reported in the year-earlier quarter. With litigation expenses related to Canadian lawsuits, asset impairment and exit costs, among other items, PMI earned $ 1.46 per share, above the $ 1.32 per share Wall Street expected.

PMI posted revenue of $ 7.7 billion, down 0.3% from the year-earlier quarter yet still better than the $ 7.37 billion analysts polled by Refinitiv expected.

PMI raised its full-year adjusted earnings forecast to $ 5.14 per share, up from the previously guided $ 5.09. Analysts were forecasting annual earnings of $ 5.16 per share.

Revenue for reduced-risk products, which iQOS is categorized in, totaled $ 1.53 billion in the quarter. Analysts had expected $ 1.24 billion, according to estimates from StreetAccount.

PMI said Russia was a bright spot for iQOS in the quarter. Reduced-risk product revenue in Eastern Europe, which includes Russia, jumped to $ 182 million in the quarter from $ 65 million a year earlier. PMI said it increased spending in the region, primarily in Russia, to bring iQOS to more markets.

The U.S. Food and Drug Administration cleared iQOS earlier this year. Altria will license iQOS and sell the device in the U.S., with plans to introduce it in Atlanta this summer. King said PMI has shared lessons it learned in rolling out iQOS across Europe with Altria to help with its introduction to U.S. consumers.

“You have to get that initial understanding and you have to make it easy for people, adult smokers, to try the product and make sure they like it,” King said. “We’ve shared that with Altria. They’re very attentive, very good. Their plan is terrific. We have a great deal of confidence they’ll be successful in the U.S.”

Altria invested $ 12.8 billion for a stake in e-cigarette giant Juul late last year. Juul, which sells the market leading e-cigarette in the U.S., has started expanding overseas into markets where PMI sells iQOS. King told analysts that PMI is not seeing any impact on overall results, “but it is early days.”

“We are watching closely,” King told analysts, adding that PMI is investing in its own e-cigarettes to compete with Juul.

Philip Morris International and Altria used to be one company. Altria spun off its international business in 2008, forming an independent company that would sell its cigarette brands outside of the U.S.