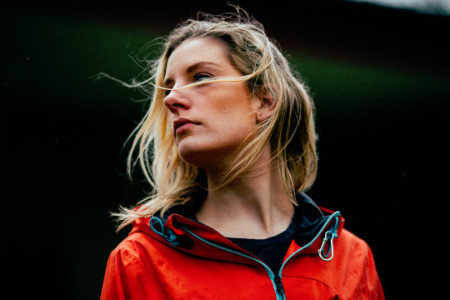 Transcranial magnetic stimulation (TMS), an FDA approved treatment for major depression, is a noninvasive procedure which uses magnetic fields to stimulate specific areas of the brain. It is not commonly used as a first line treatment for depression; however, it is an attractive option for those who cannot use or have not responded to traditional antidepressants.  A pilot study from Cox and colleagues looks at the efficacy of repetitive TMS or rTMS in a group of women with postpartum depression (PPD), adding to the information we have from several other earlier studies which will also be reviewed.

In this study, six women with PPD received 20 sessions of 10 Hz rTMS over the left dorsolateral prefrontal cortex (DLPFC) over a 4 week period (5 days per week). Symptoms of depression and anxiety were measured weekly, as well as 3 months and 6 months after study completion.  In addition, cognitive functioning was assessed using the Mini Mental Status Exam (MMSE), Trails B, and List Generation.

At study entry, women had a score of 10 or greater on the Edinburgh Postnatal Depression Scale (EPDS), and were not taking an antidepressant medication.  Women were excluded if they had a past or current diagnosis of bipolar disorder, psychosis, seizures or traumatic brain injury; current diagnosis of substance abuse, eating disorder, or PTSD; and/or active suicidal ideation.

These findings are largely consistent with previous studies of rTMS in postpartum women:

All of the studies conducted thus far indicate that rTMS is safe and well tolerated in women with  postpartum depression. Treatment resulted in improvement in depressive symptoms which were maintained over 3 to 6 months of follow-up.  Remission rates were relatively high, ranging from 66% to 90% in open label trials. This is slightly better than what we see in the general adult populations, where studies report remission rates closer to 25% and response rates around 50%.

While TMS is similar to electroconvulsive therapy (ECT), it has many advantages.    For one, its mechanism of action does not require induction of a seizure or anesthesia which are required for ECT. Therefore, the patient remains alert throughout the rTMS treatment.  She would be able to resume her usual activities immediately following each treatment, and there is no observable impact on cognitive functioning. And there is no exposure to any additional medications.

While rTMS may be a promising non-pharmacologic treatment for postpartum depression, I think we must consider the burden this treatment carries.  Most of the studies delivered treatment 5 days per week over a period of 4 weeks. One study extended treatment to 8 weeks. Although the treatment sessions are brief, the fact that they occur on a daily basis could be very demanding, particularly for a new mother with depression.

Many women understandably prefer non-pharmacologic treatments for PPD because they are concerned about breastfeeding and about exposing their nursing infant to medication contained in the breast milk.  While it is reasonable to have such concerns, there is considerable data to indicate that exposure to antidepressants in the breast milk is minimal and that the risk of adverse events is very low.  Many in our group would feel more comfortable recommending antidepressants ahead of TMS for a woman with postpartum depression.

The studies above included postpartum women with mild to moderate depression, and it is unclear if TMS would have the same effect for women with more severe or treatment-refractory depression.  In studies that have compared ECT and TMS for the treatment of treatment-refractory depression, it looks as if ECT was superior to TMS for the treatment of patients who are treatment-resistant. Repetitive TMS had a small short-term benefit; however,  follow-up studies did not show that this small effect was sustained for longer periods of time.