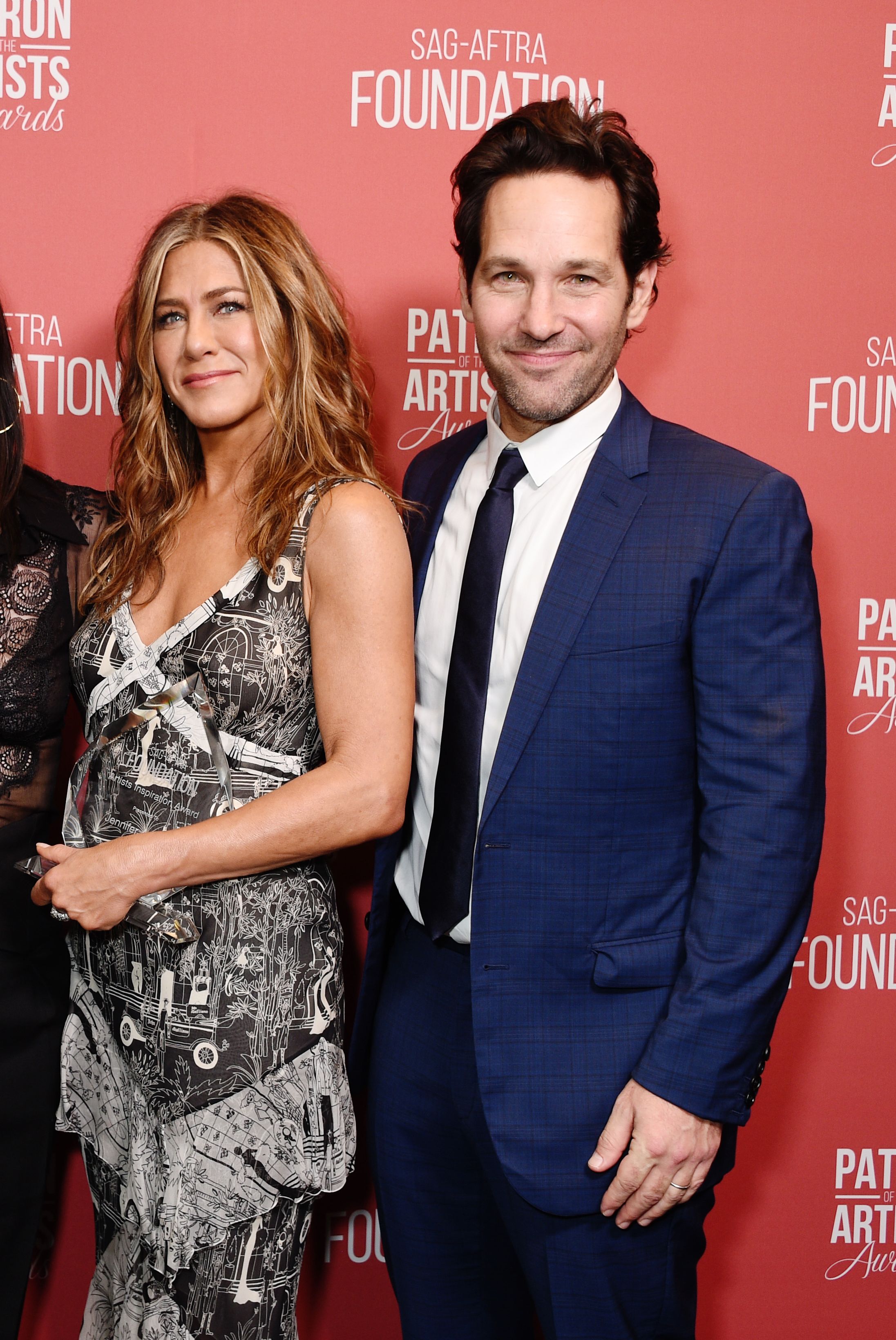 We’re all in agreement that Paul Rudd looks pretty great for 50, right? Almost eerily so? Jennifer Aniston is the latest person to point out how weird it is, frankly, that her former Friends co-star doesn’t appear to have aged in the last 20 years or so.

Aniston and Rudd, who also worked together on the 2012 movie Wanderlust, got together this week for a reunion with Friends actors Courteney Cox and Lisa Kudrow at a SAG-AFTRA awards evening, where Cox and Kudrow presented Aniston with an award for her work with St Jude Children’s Hospital.

Later that night, Aniston took a photo with Rudd and talent manager Aleen Keshishian, in which she made a friendly jab at Rudd’s ever-youthful appearance, joking that he’s actually way older than 50. “Oh and by the way, Paul Rudd is 83 years old,” she said, on her brand new Instagram.

So how exactly does Rudd do it? He hasn’t dropped the skincare regime just yet, but back in 2015 he did sing the praises of a good SPF. “I am a big believer in sunscreen,” he told InStyle. “I’m not one for tanning. I used to be, back when I was rocking the Depeche Mode look. Honestly, I wear sunscreen not to prevent wrinkles but because I don’t want to get skin cancer.”

It helps that over the last five years, Rudd has been in almost constant training for the Ant-Man and Avengers movies. “My day was centered around fitness and health, and that was kind of a first,” he said of his Ant-Man & The Wasp prep. “Everything else about my day kind of had to fit in around the workouts. I was going to be held accountable for it, and there was a reason for doing it.”

Read More:  It’s OK to care more about things outside of medicine