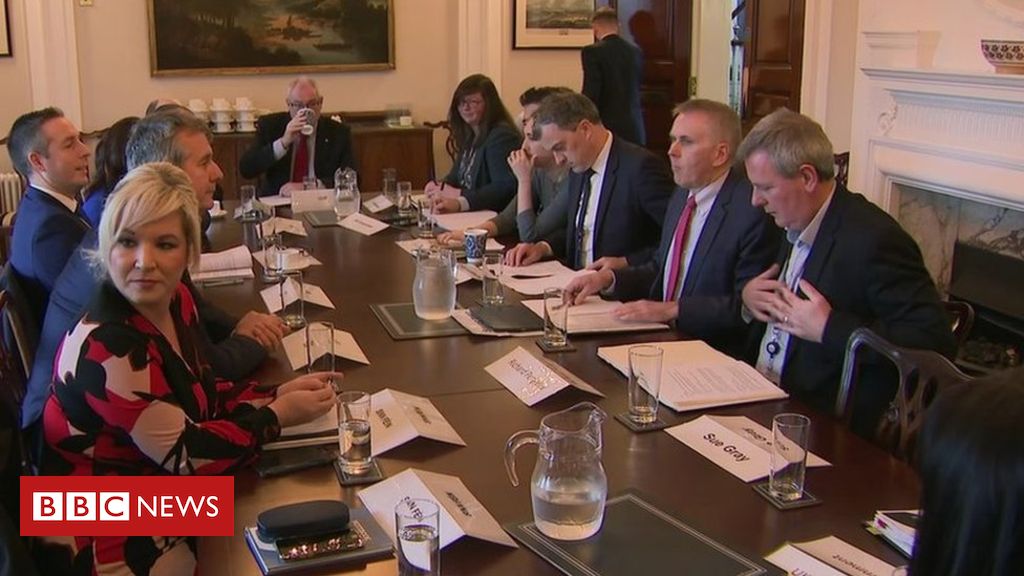 The secretary of state has said he does not want to get into a “blame game” with the Stormont parties about resolving the health sector crisis.

On Thursday, Mr Smith met the parties to discuss health.

Party representatives were at the meeting, along with senior Stormont civil servants and the British government, but the discussions form part of the overall process to restore devolution.

Northern Ireland has been without an executive since January 2017, when the governing parties split in a row.

With no devolution, political parties have called on Mr Smith to intervene on health – but he has insisted it remains a matter for them.

About 15,500 nurses in Northern Ireland staged a strike action on Wednesday in a dispute over pay and patient safety.

It follows weeks of industrial action by other healthcare workers over the same issues.

The secretary of state said he wanted to be as “activist” as possible in getting the executive restored, but insisted he has no powers to intervene directly on health.

Asked if the British government would contribute funding towards health if the parties could reach consensus, Mr Smith said he was “expecting a number of financial requests” from the parties.

He added that he is already in touch with the Treasury in London.

Speaking after the summit, Sinn Féin’s Pat Sheehan said nothing had changed as a result – but described the talks as “constructive and positive”.

He added that solving the problems would need a major investment of funding and civil servants had outlined how much would be required, in broad terms, to do so.

Analysis: Breakthrough will have to wait

Ears might prick up at the news of a health summit being convened, but government sources say the meeting was always scheduled to take place this week.

As the parties wrangle their way through negotiations to try and restore Stormont, they focused solely on health this morning, which in recent days has dominated their discussions anyway.

Perhaps the secretary of state believed a formal “summit” would focus minds.

But the parties argue that given the strike action happening away from the hill, an immediate response is required by the government, outside of the talks process.

Julian Smith is sticking to his view that it remains a devolved matter, so any breakthrough now depends on the parties being prepared to budge – that may not come until after Christmas.

Health workers say they want to be paid the same as their counterparts in England, Scotland and Wales.

Pay parity between Northern Ireland and the rest of the UK ended in 2014 when the then health minister, Jim Wells, imposed a “degree of restraint” on pay for health care workers, due to financial challenges in the department.

Speaking earlier this month, Mr Wells said the decision had been “very difficult because the choice was very stark”, explaining that another increase in pay at the time could have led to redundancies or services being closed.

The issue has not been looked at again because Northern Ireland has not had a devolved government since 2017.

The political parties have been taking part in efforts to restore power sharing this week – with Thursday’s meeting focused solely on health.

Mr Smith told the parties the crisis in the NMS in Northern Ireland must be addressed as an “immediate priority”.

Industrial action also continues on Thursday, but not at the levels faced across Northern Ireland earlier in the week.