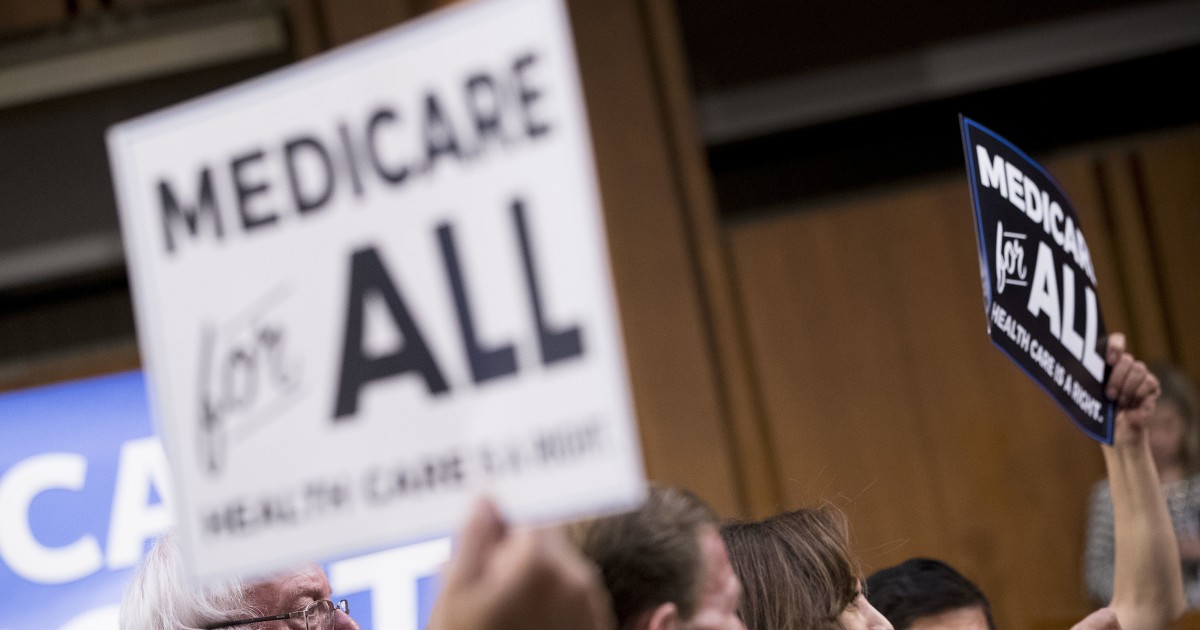 Although the liberal push to expand Medicare to everybody has received a lot of attention in the past year, a new poll suggests the issue is off the radar for most Americans.

In the survey, the Kaiser Family Foundation asked respondents to react to an open-ended question: “Thinking about next year, which healthcare issue would you most like the next Congress to act on in 2019?”

Among the answers, 19 percent named “affordability and cost”; 10 percent named the Affordable Care Act (aka Obamacare); 6 percent named Medicare; and just 5 percent said, “Healthcare/insurance for everyone.”

Even among Democrats, just 7 percent pegged healthcare for all as the top priority.

There are, of course, multiple explanations for this. Some people who said they believed healthcare should be more affordable could support a socialized approach. Furthermore, others may believe it futile to act on expanding coverage to all when Democrats only control the House of Representatives and not the Senate or presidency.

That said, given that instituting some sort of “Medicare for all” plan would cost $ 32 trillion, necessitate historic tax increases on the middle class, cause massive disruption to medical providers, and kick more than half of Americans off their private insurance, passing anything close to it is going to be an uphill battle. Polls have shown majority support for government-funded healthcare in the abstract, but have found that support weakens when tested against counterarguments.

To survive the onslaught of opposition to such a radical policy, liberal activists will have to generate a groundswell of demand on a near revolutionary scale. This survey suggests they are far from reaching that critical mass.