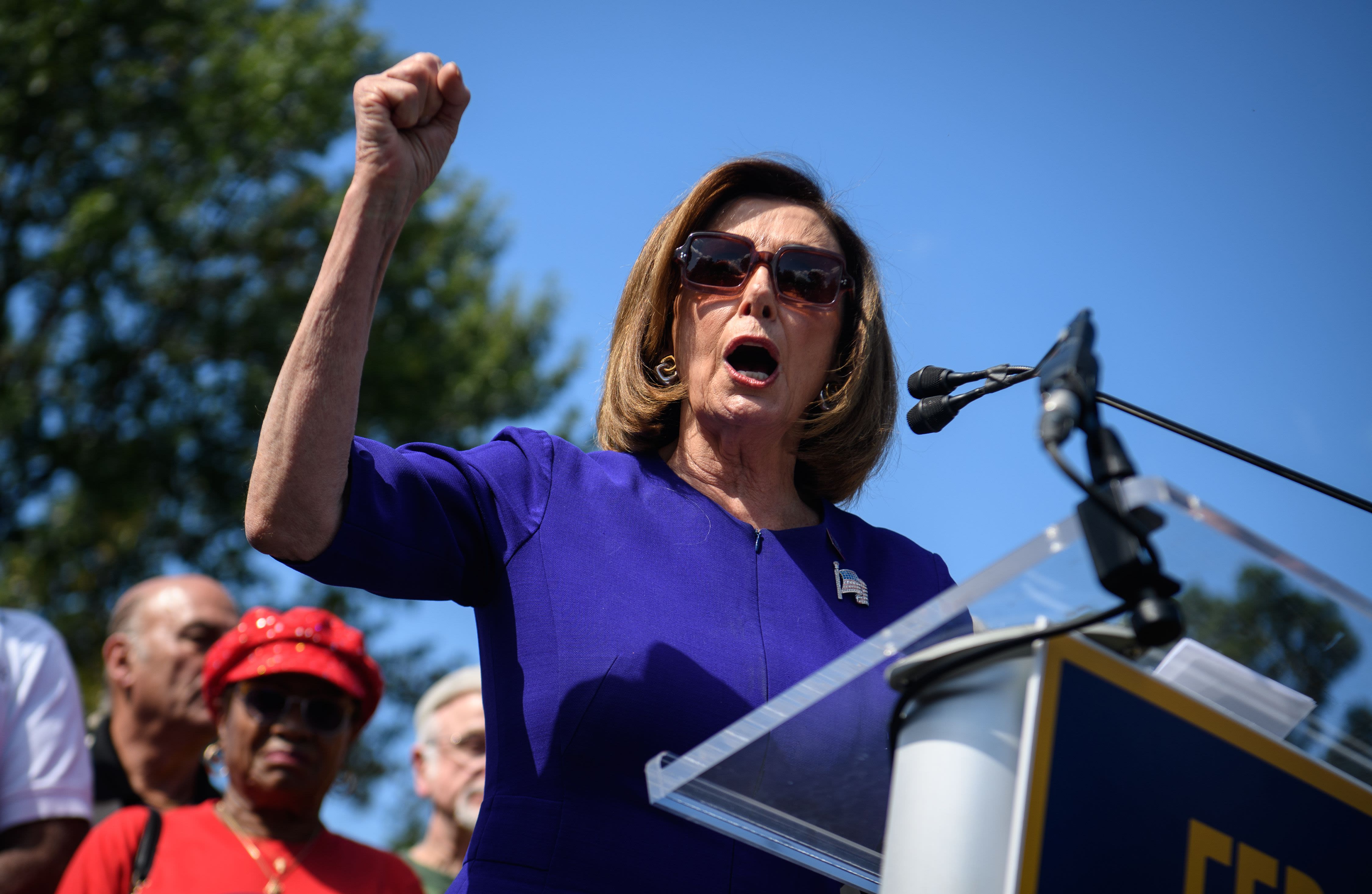 House Speaker Nancy Pelosi speaks at a Fed Up? Rise Up! rally outside the US Capitol in Washington, DC September 24, 2019.

The House Energy and Commerce Committee on Thursday approved Speaker Nancy Pelosi‘s sweeping drug pricing bill, a key step in getting the legislation to the full House floor for a vote later this year.

The bill passed on a vote of 30 to 22 on Thursday evening.

The main thrust of Pelosi’s bill will allow Medicare to negotiate lower prices on as many as 250 of the most expensive drugs per year and apply those discounts to private health plans across the U.S. The bill also includes a penalty on drugmakers that refuse to negotiate or fail to reach an agreement with the U.S. government, starting at 65% of the gross sales of the drug in question.

Republican members on the committee expressed concerns with the legislation, particularly that it would discourage innovation for new medicines in the pharmaceutical industry. Some GOP members said the legislation was rushed and dead on arrival in the Senate.

“I don’t believe that I was elected to write bills that would never go anywhere,” said Michael Burgess of Texas, the top Republican on the Energy and Commerce Committee’s health panel. “And that’s exactly where this bill is headed.”

Prior to the vote Thursday, Energy and Commerce Chairman Frank Pallone Jr, D-NJ, introduced changes to the bill, which included a price cap for new negotiated drugs until there are at least two or more generic competitors. It also increases the minimum number of drugs Medicare must negotiate from 25 to 35, which would be phased in.

The legislation will need to move through other committees before it can go to the full House floor for a vote. Pelosi and other House Democratic leaders, who had been working on the plan for months, are working to get it through committees to the floor as soon as the end of this month. The House Education and Labor Committee approved the bill Thursday on a party-line vote.

Late Friday, a preliminary analysis from the nonpartisan Congressional Budget Office showed Pelosi’s plan would save Medicare $ 345 billion over 10 years. Those savings wouldn’t begin until 2023, assuming the bill gets passed by both the House and Senate and signed by Trump before the end of this year. The greatest savings would come in 2028 at $ 93 billion, the CBO said.

High prescription drug costs have become a rare bipartisan issue, with lawmakers on both sides of the aisle demanding changes. Congress and the Trump administration are trying to pass legislation before the end of the year that would bring more transparency to health-care costs and, ultimately, lower costs for consumers. Health care remains a top issue for voters ahead of the 2020 presidential election.

That plan, which lawmakers have described as a “middle ground” approach to handling drug prices, would also make changes to Medicare and includes a penalty for pharmaceutical companies that raise drug prices faster than inflation.