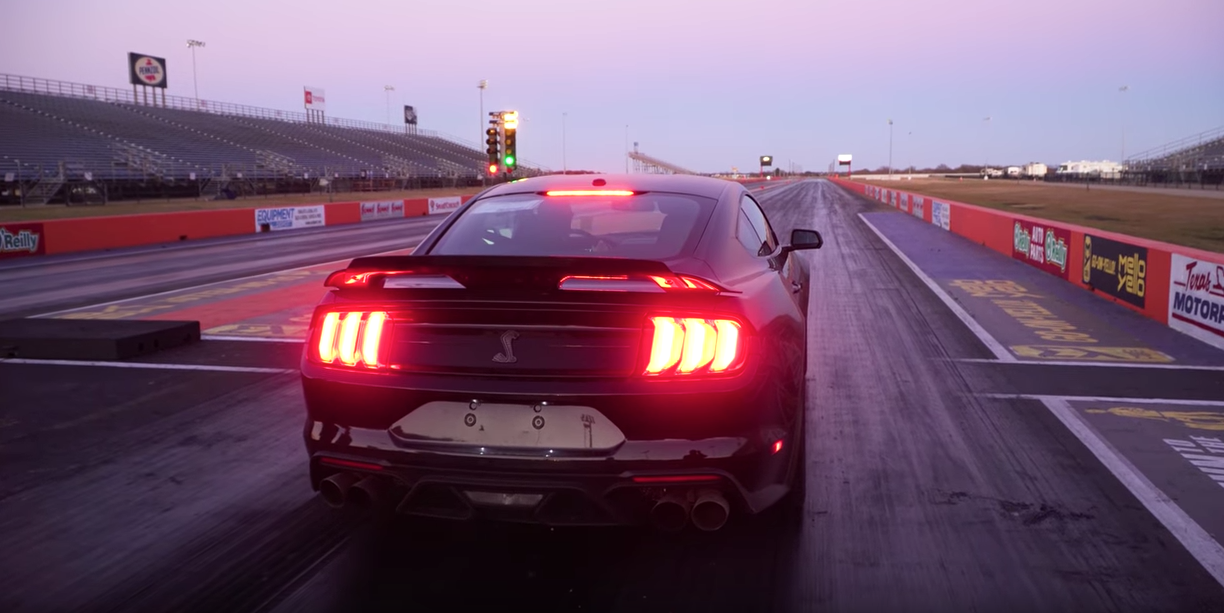 The 2020 Shelby GT500 is quick, new, and attention-getting, and we will be testing it soon to tell you just how quick.

Youtuber Speed Phenom posted a video today claiming that his GT500 is the first customer car on a drag strip. He blasted through the quarter-mile in 10.665 seconds at 132.96 mph. From the video, we can tell that this was probably the first time the Speed Phenom has driven on a drag strip, because he has the drag strip’s staff there to answer his questions and concerns. He asks his copilot at one point: “Did I let off too early, do you think?”

To achieve his fastest time, which took what seems like an entire day, Speed Phenom had near perfect conditions. He had the launch control system maxed out to 3200 rpm at launch, used the GT500’s line-lock feature, had the rear tires set at 24 psi (the drag-strip staff is shown explaining to him how this works), and he had a well-prepared surface.

At least he admits that he is the biggest amateur we could imagine. We’ll be testing one soon and will report back with our times with the most powerful production Ford to date.

Connor Hoffman Staff Editor Sitting on the floor of the library and poring over issues of Car and Driver is one of Connor Hoffman’s earliest memories.