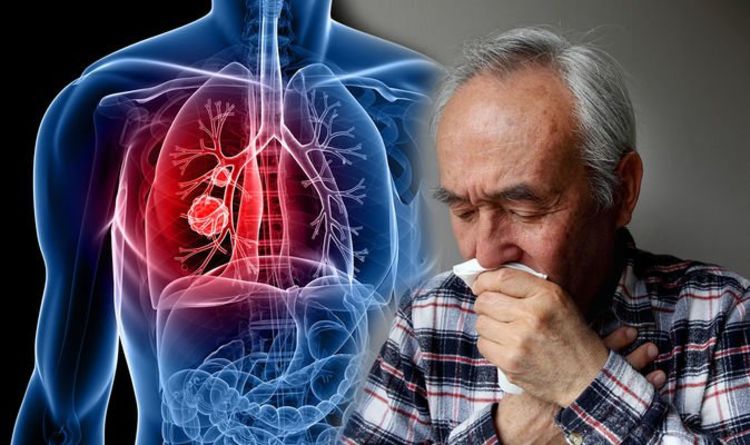 Lung cancer affects over 43,500 people who are diagnosed with the disease each year in the UK. It is almost equally common in women and men, but it’s rarer in people under the age of 40. The NHS guidelines state rates of lung cancer increase rapidly with age, and it’s most common in people aged 70-74. What are the eight key signs and symptoms of lung cancer that you should never ignore?

Smoking is without doubt the biggest cause of lung cancer.

The length of time one has smoked is more important than how many cigarettes are smoked a day.

Passive smoking also increases one’s risk of developing lung cancer however, it’s difficult to know by exactly how much. Having a family history of lung cancer, or a personal history of cancer or lung disease are also risk factors.

Exposure to air pollution, radon gas and other chemicals including asbestos can also raise the risk of the disease developing.

It is strongly recommended to quit smoking or at least cut down on the number of cigarettes smoked to reduce the risk of developing lung cancer.

Symptoms of lung cancer include:

The less common symptoms of lung cancer, usually associated with more advanced forms of the disease, include a hoarse voice, difficulty swallowing and pain and discomfort under the ribs, in the chest or shoulder.

Read More:  The gardening tool essentials to look out for

Smoking cigarettes is the single biggest risk factor for lung cancer. It’s responsible for more than 85 per cent of all cases, according to the NHS.

“Tobacco smoke contains more than 60 different toxic substances, which can lead to the development of cancer.

These substances are known to be carcinogenic (cancer-producing),” explained the health site. The more a person smokes, the greater the risk.

As reported by Macmillan UK, around nine of ten people who get lung cancer (90 per cent) are smokers or ex-smokers.

Lung cancer tends to be more common in older people. Exposure to asbestos can also pose a threat. As Macmillan UK explained, asbestos was previously used in building industries.

People who have been in prolonged or close contact with asbestos have a higher risk of getting lung cancer. The risk is also greater if they smoke.

Growing evidence is increasingly pointing to the role of air pollution. According to Cancer Research UK, almost one in 10 lung cancer cases in the UK are caused by exposure to outdoor air pollution.