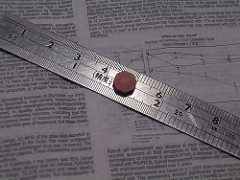 Men of all nationalities are affected by male pattern baldness. Approximately 25% show signs of hair loss by the age of 30, increasing to two-thirds by the age of 60. The cause is usually a genetic oversensitivity to the hormone Dihydrotestosterone (DHT). Hair loss in men is characterised by the ‘receding hairline’ – where hair recedes from the lateral sides of the forehead.

There are only two hair loss treatments that have been clinically proven to stop hair loss and promote re-growth. These are Minoxidil and Propecia.

Propecia is only available to men over the age of 18. The active ingredient in Propecia, Finasteride, was first approved for use in 1992 to treat prostate enlargement. Users noticed an increase in hair growth after taking the drug. There have since been two clinical studies by Merck Pharmaceuticals on the effects of Propecia , a 2 year study and a 5 year study.

As with all medications, there are some side effects. A small number of men experienced minor sexual side effects: less desire for sex, difficulty in achieving an erection and a decrease in the amount of semen. These are uncommon, occurring in less than 2% of men. All side effects went away either a short time after commencing treatment or when treatment was stopped. For those considering taking Propecia, it is recommended to get guidance from a medical professional.

Although the cause for baldness in men is nearly always DHT, it can affect men differently. Medical experts with experience of treating male pattern baldness have found that combining Propecia with Minoxidil enhances the treatment, producing faster results. There are also hair growth boosters that can supplement these medications by creating a treatment programme tailored for the individual.

Sophie is one of the Belgravia Hair Loss Blog’s expert authors. The Belgravia Centre is a hair loss clinic and pharmacy in the UK and home to one of the world’s leading hair loss websites and blogs – http://www.belgraviacentre.com.