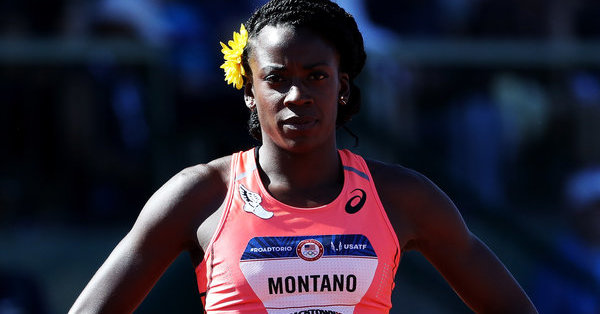 Did you know that sponsors can cut the pay of female runners if they’re pregnant?

And that those female runners can also lose their health insurance?

On Mother’s Day, The New York Times’s Opinion section released a powerful video in which sponsored female runners say they risk losing their pay if they become pregnant. And it is already prompting announcements of policy changes at several companies.

The runners say that they must choose between competing and having a family — and if they decide to do both, they are pushed into returning to competition as soon as possible by policies that treat their pregnancies like injuries.

Lindsay Crouse, a senior staff editor for Op-Docs who produced the video and also wrote a companion piece to it, said she had heard of these kinds of policies when she reported a story about pregnant professional marathoners in 2014. Some of the runners “had whispered to me off the record because the details of contracts were completely confidential,” she said. She found that being a mother while still running on a professional level “wasn’t that it was hard to do but there were also financial costs.”

When she saw Nike’s marketing campaign around Colin Kaepernick, whom they sponsor even though he’s not on an N.F.L. team right now, she got to thinking back to what she heard in 2014. Alysia Montaño, who was sponsored by Nike but is now with Asics, was willing to talk about it on the record, along with Kara Goucher and Phoebe Wright (Montaño has since also discussed it on “CBS This Morning”).

Crouse did a Q. and A. on what’s happened since the video and story were released. It’s also drawn a wide range of comments, from the American marathon record-holder Deena Kastor tweeting to send sponsors pink cookies declaring “The company is having a girl!” to make the sponsor feel valued, to Ivanka Trump tying it to paid family leave.

Brooks announced that it was adding a policy to support female athletes. Noting that it had not yet had one of its sponsored athletes start a family, the company wrote on its blog: “We want to be clear: Brooks will not reduce its female athletes’ pay or terminate a contract due to pregnancy or postpartum recovery.”

And the sports hydration company Nuun, a sponsor of both Montaño and Goucher, announced that “we will proactively and enthusiastically introduce a new clause in our contracts that explicitly formalizes our ongoing support of all female athletes throughout the duration of our term timeline, including through pregnancy.”

Burton Snowboards also announced that it was changing its contracts to includes language that protects women during and after pregnancy.

And Friday night, The Wall Street Journal reported that Nike had adopted a policy last year to stop cutting runners’ pay because of pregnancy and that such protection would be written into the terms of future endorsement deals.

I don’t think they’ll be the only companies to take a stand, especially if they want to stay competitive to attract top female runners. Runners don’t promote their sponsors only when they’re competing, but everywhere, especially if they have a large social media presence.

No one’s really talked about the issue before, said Crouse, because runners are still independent contractors who make money by one or multiple sponsorships.

“There’s no union. There’s no way for people to organize,” she said. “Maybe getting the public to talk about it from the top down could start that conversation that doesn’t seem to be happening from the bottom up.”

What do you think? And let’s keep it civil, folks — arguments have flared on both sides of this issue, and you are entitled to your opinion. But if you’re reading this in your email it’s still pretty early — maybe wait until you and I have both had our morning coffee before you tweet at me about it. I’m on Twitter @byjenamiller

Want to talk about something else? “Trail Runner” just published a piece about how runners are dying because they’re taking on more and more extreme runs.

More Health and Fitness News From The Times

Nike Told Me to Dream Crazy, Until I Wanted a Baby

To Move Is to Thrive. It’s in Our Genes.

How to Get the Best From Your Immune System

Fitness for Bodies That Don’t Fit the Mainstream