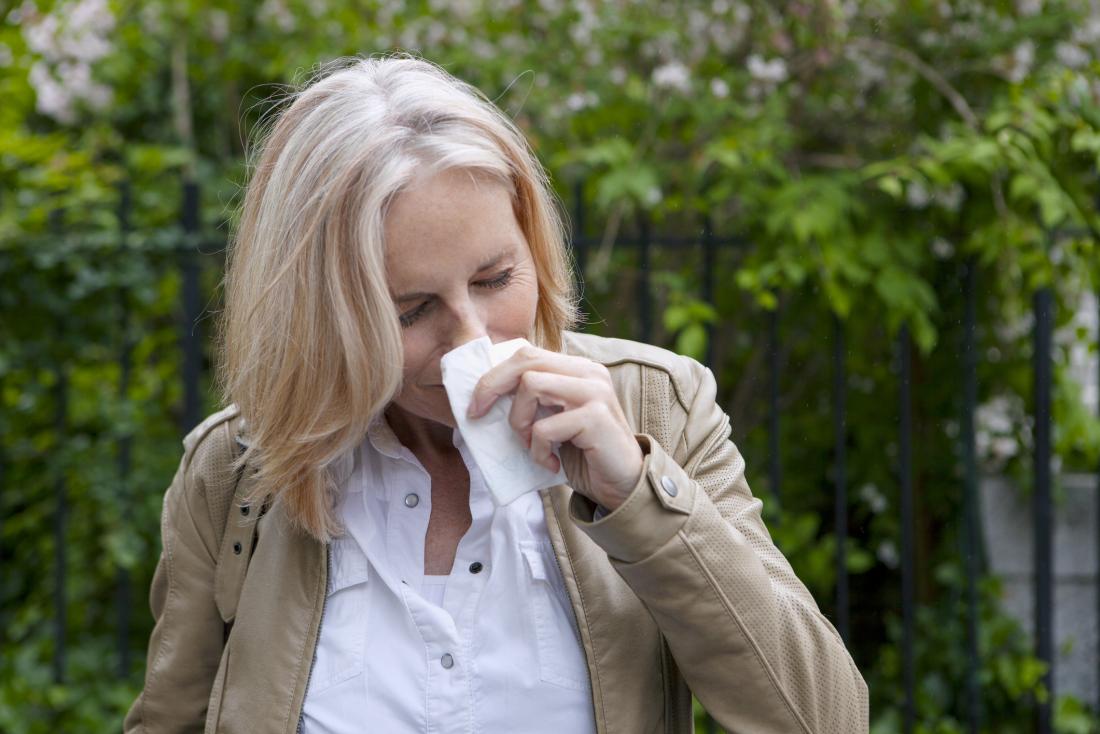 New research identifies an association between generalized anxiety and the presence of seasonal allergies.

According to data from the Centers for Disease Control and Prevention (CDC), “allergies are the sixth leading cause of chronic illness in the [United States],” leading to healthcare costs in excess of $ 18 billion each year.

Some research has suggested that certain allergic conditions can affect a person’s mental health. For instance, one study that Medical News Today covered last year found that having asthma, allergic rhinitis, or atopic dermatitis (eczema) could increase a person’s risk of developing a mental illness.

Now, researchers from the Technical University of Munich (TUM) in Germany have collaborated with investigators from other German and Swiss institutions to investigate this association further. The team recruited 1,782 participants and aimed to find out if there were any links between mental health conditions, such as anxiety and depression, and different types of allergy.

The study participants were between the ages of 39 and 88 years, with 61 years being the average age, and they all lived in the Augsburg area of Germany.

For their study, the findings of which appear in the International Archives of Allergy and Immunology, the researchers only took into account cases of self-reported type 1 allergies.

These are allergies that cause an immediate reaction following exposure to the allergen, and they can result in symptoms of varying severity. They range from eczema and hay fever, also called allergic rhinitis, to conjunctivitis and anaphylaxis.

In the study, the investigators differentiated between participants according to their type of allergy (or lack thereof), splitting them into four distinct groups:

After asking the participants additional questions about their mental health — focusing on markers of depression, generalized anxiety disorders, and stress — the researchers concluded that individuals who lived with generalized anxiety also tended to have seasonal allergies.

This association was not present in people with perennial allergies. However, the study showed that individuals with year-long allergies were more likely to have depression instead.

It remains unclear why there is a positive association between anxiety and seasonal allergies but not between this mental health condition and perennial allergies. The researchers are also unsure why the latter more often link to depression.

In the future, the researchers note, scientists should conduct further studies to find out which way the association lies — whether specific allergies increase the risk of certain mental health problems or vice versa — and why it exists in the first place.

Study limitations and aims for the future

Other limitations of the current research include the fact that it did not account for some potentially modifying factors, such as age, biological sex, and smoking status, or the existence of any hereditary predispositions to allergic reactions.

“We have a relatively high average age of 61 years, so younger people are rather underrepresented here,” notes first author Katharina Harter, who works at TUM.

“The findings are also based on personal reports rather than official allergy diagnoses,” Harter continues. “But, we have blood samples from all participants and intend to scientifically verify this point.”

Despite these limitations, the study authors emphasize that their findings finally confirm that there is some kind of relationship between seasonal allergies and the experience of anxiety and that doctors need to pay more attention to their patients when they point out such associations.

“There are studies that focus on the psychological components of skin diseases or allergic asthma. For the first time, we are now able to show a connection with seasonal allergies.”