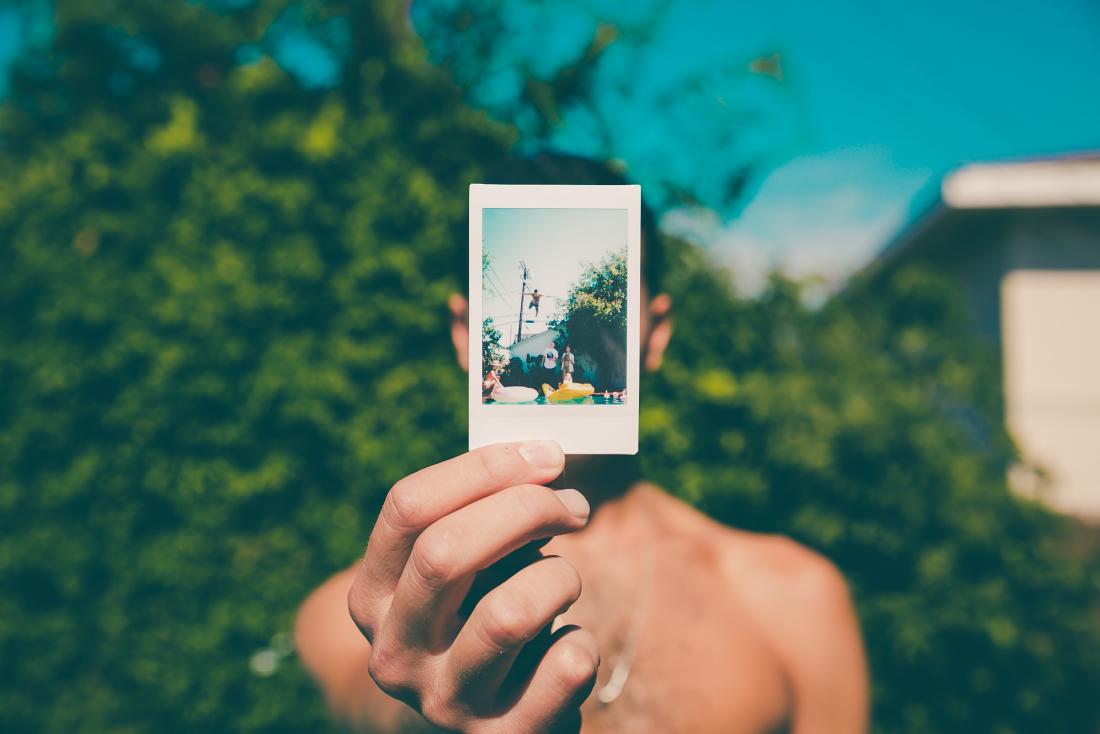 In this Spotlight feature, we explore whether scientists can achieve memory manipulation, and how they might do it.

Our memories make up so much of who we are, and the things we remember can often define our experience of the world.

And while positive memories can help us grow and thrive, negative memories do not always have such welcome effects.

Sometimes, unpleasant memories can be part of a learning curve — getting scalded with boiling water means that next time we will be more careful when handling the kettle.

However, there are also memories that are truly traumatic, and recalling them can lead to distress and serious mental health conditions, such as post-traumatic stress disorder (PTSD).

The study of memory — formation, recall, and forgetting — attracts a lot of attention and curiosity among neuroscientists, psychologists, and even researchers from the humanities, as there is still so much we do not fully understand about the processes surrounding memory.

And, while we still need to find out more about how memories form in the brain, researchers in recent years have started investigating the possibility of manipulating memories — particularly negative ones — to see if they can weaken or remove them altogether.

In this Spotlight feature, we look briefly at why we remember and why we naturally forget. We also explore some studies that have delved into memory manipulation, explaining how researchers aim to achieve it, and why.

When the brain encodes information, those data become stored in groups of neurons that synapses — or links that allow brain cells to “communicate” —connect together.

Scientists typically associate stronger synapses with a better memory, and the brain constantly “updates” synaptic connections, forming new ones or strengthening old ones, as new memories build or we update older ones.

However, synapses can also become weaker if they are not activated often enough, and the brain often loses some of these connections altogether. Thus, forgetting can occur naturally and, indeed, researchers argue that forgetting is a crucial part of learning and creating new memories.

Medical News Today spoke to Sam Berens, Ph.D., who is currently a research assistant at the University of York in the United Kingdom, and he explained to us that natural forgetting can be due to a few different reasons.

“Forgetting occurs because it would not be energy efficient to indefinitely maintain all the memories that we form each day,” he explained, adding that it “also seems to be a natural consequence of neurogenesis — the process that creates new brain cells in support of future learning.”

“Because of this, clearing old and unused memories may be directly related to our ability to learn new things,” he told MNT.

But scientists continue to explore the many complications that riddle memory recall and formation. For instance, not all our memories are correct, and sometimes our brains “implement” forgetting as a defense mechanism.

Past research has shown that social interactions can influence a person’s memory of an event, as can what other people remember — or claim to remember — about the same event. 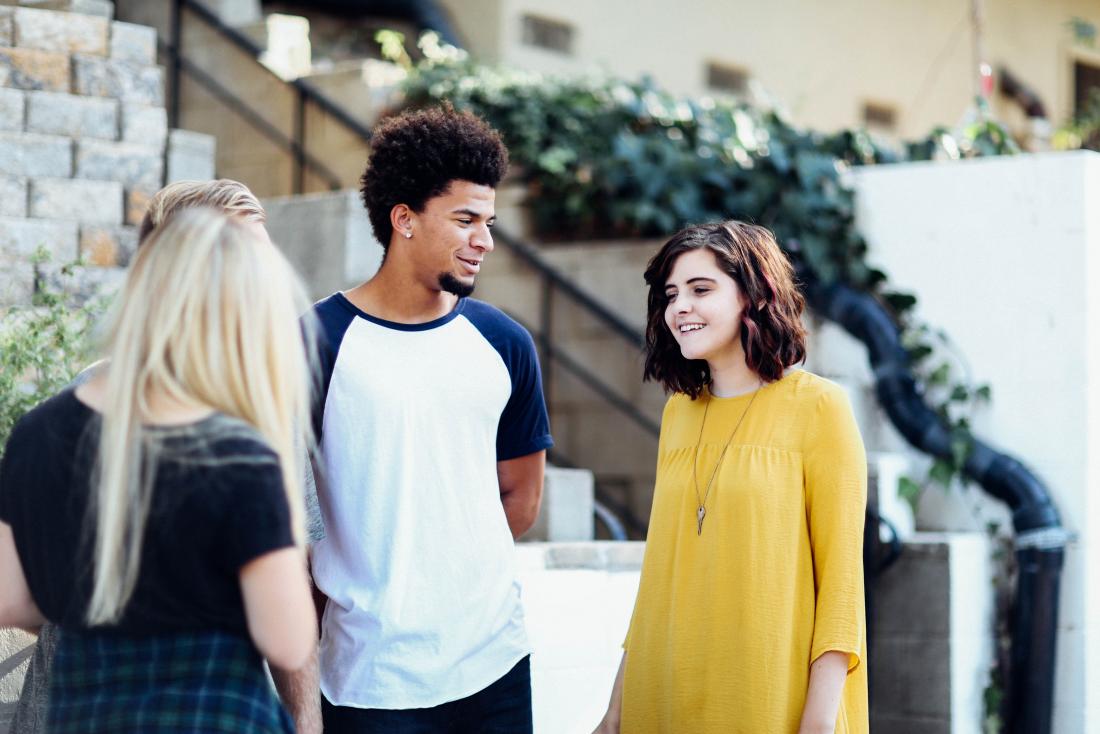 What other people tell us can influence our memories.

According to a report in the journal Science, “conformity may present in two forms, which initially convey similar, explicit behavior but are fundamentally different.” These are:

However, while public conformity does not actually affect an individual’s own memory perception, engaging in this process could lead to that person influencing others’ memory of the event.

At the same time, the reports’ authors note, “memory conformity may also serve an adaptive purpose because social learning is often more efficient and accurate than individual learning,” which is not always reliable.

A study appearing in the Journal of Neuroscience calls this “retrieval-induced distortion,” and explains that the distortion could occur either because the retrieval process modified the memory, “or because it led to the formation of new […] associations” that “got stuck,” so to speak, to the original memory.

“A memory is not simply an image produced by time traveling back to the original event — it can be an image that is somewhat distorted because of the prior times you remembered it,” says Donna Bridge, one of the study authors.

“Memories aren’t static. If you remember something in the context of a new environment and time, or if you are even in a different mood, your memories might integrate the new information.”

Forgetting as an adaptive mechanism

On top of the issues surrounding how we remember the things that we remember, there is also the problem of why we forget, and some researchers note that forgetting sometimes occurs as an adaptive mechanism.

One way in which forgetting can be adaptive, Berens told MNT, is that, by letting go of irrelevant details, our brains are then better able to recall important information.

“[M]y own work suggests that forgetting specific details of an event allows us to focus on the bigger picture and pull out general patterns that can predict the future,” he explained.

“For instance, remembering exactly which trees in the forest bear the most delicious fruit is only useful until you have eaten all of that fruit. Instead of remembering the specifics trees, it may be best to remember the general area of a forest that has the best trees.”

“This sometimes involves forgetting specific details […] and blurring together many experiences in order to pull out a general pattern,” Berens continued.

The researcher also noted that another way in which forgetting can be a helpful process is by placing negative memories out of reach so that they are less distressing to the person they affect.

“Memories for emotional or traumatic events lose their emotional tone over time,” said Berens, and “this can help us reappraise and learn from past experience without the need to reexperience all the associated emotions at the same time.”

But what happens when traumatic memories persist and resurface unbidden? Experts call this the “intrusive reexperiencing of trauma,” and it is a core feature of PTSD.

Memories are vulnerable during a specific time window.

Individuals who experience PTSD may spontaneously recall a traumatic memory, or feel as if they are going back into the context that produced the trauma.

This effect can cause the person severe distress and lead to erratic behaviors as a coping strategy.

For this reason, some scientists have wondered what approach they could take to weaken or manipulate negative memories and lessen their effect. And, we already know that it is possible to interfere with a memory and stop it from solidifying.

“[M]emories can be actively weakened after formation,” Berens told us, explaining that this is “a process distinct from forgetting.”

“Firstly, there seems to be a time window after memory formation where memories are particularly weak and sensitive to interference — where conflicting information can overwrite the contents of a memory. […] Memories can also be weakened by the simple act of retrieval… Yes, simply recalling a memory makes it more susceptible to being weakened, distorted or erased.”

Berens further explained that the drug Propranolol, which doctors can prescribe for PTSD, already goes some way towards weakening distressing memories to dampen their effect.

“This is how Propranolol is being used to help patients with PTSD,” he explained, adding that “[f]irst the patient recalls the trauma, which weakens the memory, then the Propranolol is given, which stops the emotions from being re-encoded as a new memory.”

Nevertheless, researchers are still on the lookout for other ways of interfering with memory formation and recall. Such studies could help not only find novel treatments for PTSD and other phenomena such as phobias, but they might also reveal new information about how memory-related brain mechanisms work.

To try and understand whether or not we can artificially manipulate memories, a team of researchers from the Massachusetts Institute of Technology in Cambridge first tried to instil false memories in mice.

This initial study, which appeared in Science in 2013, used an optogenetic technique to manipulate the formation of a “hybrid” memory in the mice’s brain. This method requires the use of light beams to activate neurons that researchers have engineered to respond to this stimulus.

The experiment was successful — the mice started associating fear with a space where they had never actually had a bad experience.

In a further study by the same team — which they published in Nature in 2014 — Tonegawa and colleagues managed to use the same technique to “switch off” negative associations in the brains of mice.

Another study, appearing in PLOS One in the same year, found that researchers could stop bad memories from reconsolidating in the brains of rats by administering xenon gas — an anesthetic — at just the right moment. 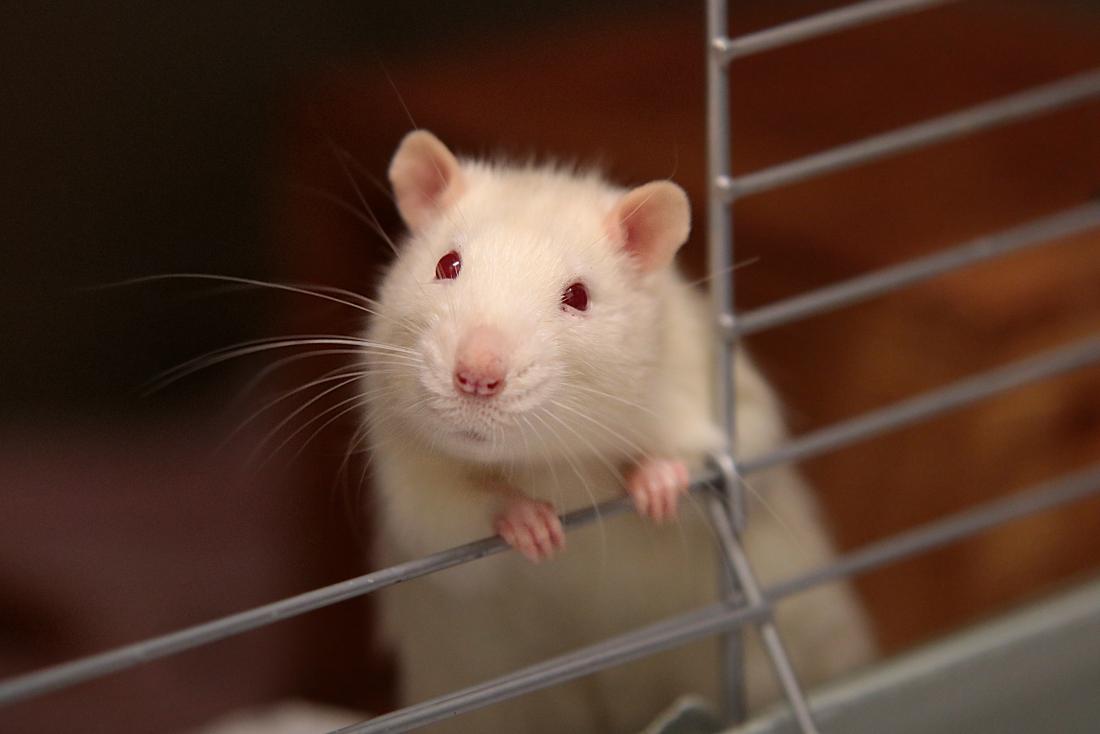 Rodents’ memory processes can give us a good idea of how memory works in humans.

But are such studies in animals truly indicative of what would happen in the human brain under similar circumstances?

Berens told us that, while there are indeed some discrepancies between human brains and the brains of nonhuman mammals that researchers usually work with, the similarities are strong enough to give us a good idea of how human brains would work in the same context.

“We really are very similar to non-human mammals like mice and rats in many important ways,” Berens explained for MNT. “The same memory formation and consolidation process that help us learn to read and write also operate in rats and mice with only very minor differences,” he said.

More recently, however, as we reported on MNT only last month, a research team spanning three countries has taken the step of trying to weaken negative memories in humans.

In their recent experiments, the scientists exposed volunteers to unpleasant content, so that they could first form the unwanted memories. Then, they asked the participants to recall those memories, to trigger the process of memory consolidation.

However, at that point, the team administered an anesthetic — propofol — to some of the participants. They found that, after this intervention, the volunteers could no longer properly recall the unpleasant content that they had memorized before.

This led the researchers to conclude that sedation could, in some cases at least, help disrupt the reconsolidation of traumatic memories in humans, if delivered — as with the earlier study in rats — at just the right time.

This process could be a helpful method of lessening the impact of traumatic memories in people who are affected by such intrusive thoughts.

“Memories warm you up from the inside. But they also tear you apart,” writes author Haruki Murakami in the novel Kafka on the Shore, and we still have a way to go in learning how best to use our memories for growth, and to stop them from becoming an obstacle.