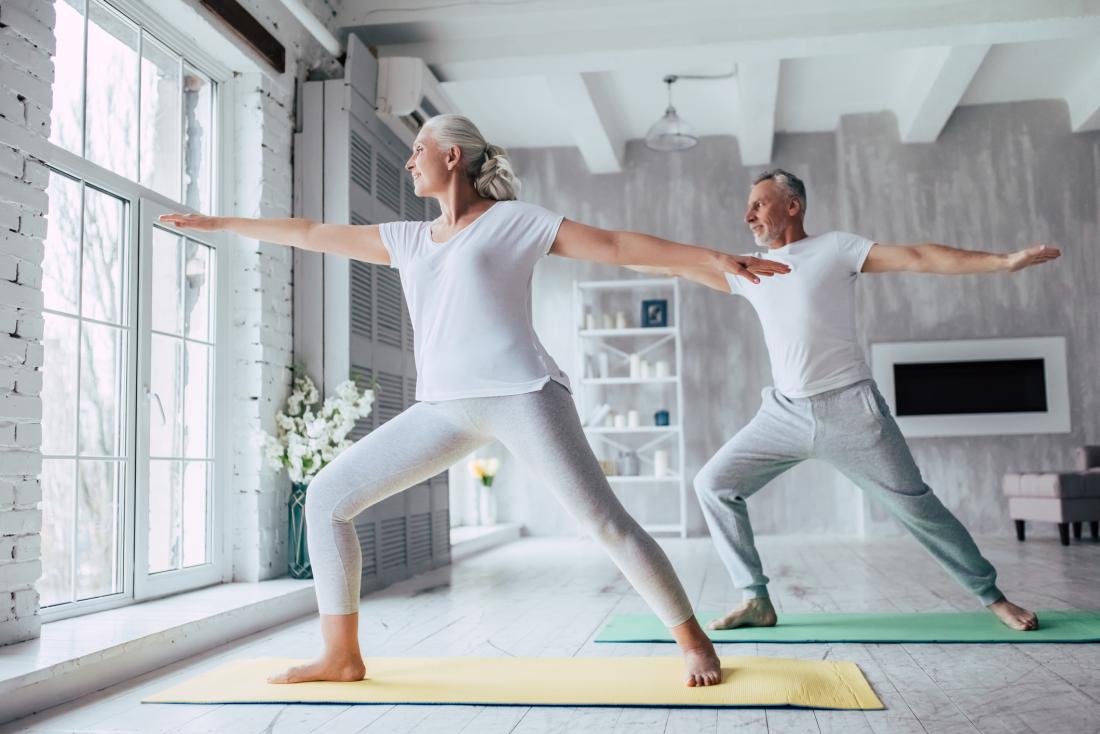 Yoga may help those living with rheumatoid arthritis to achieve remission.

Dr. Rima Dada, Ph.D., who is a professor in the Department of Anatomy at the All India Institute of Medical Sciences in New Delhi, India, led the new research.

Rheumatoid arthritis (RA) is a chronic inflammatory condition that affects approximately 1.3 million people in the United States. The disease is most likely autoimmune, which means that the immune system mistakes the body’s own tissues and cartilage as foreign and attacks them.

While there is no cure for RA, there are a variety of medications available. However, as Dr. Dada and her colleagues explain in their paper, recovery depends on various factors, some of which are psychological.

Depression, for instance, often occurs alongside RA, and it can negatively affect a person’s outcome.

In this context, Dr. Dada and team wondered if a yoga-based mind-body intervention could ease depressive symptoms in RA and help achieve remission of this chronic disease.

To find out, Dr. Dada and colleagues examined the effects of practicing yoga intensively in 72 people with RA.

The scientists divided the study participants into two groups. Both groups continued to take disease-modifying antirheumatic drugs (DMARDs), which are the drugs doctors typically prescribe for this condition.

Also, one group engaged in 120-minute sessions of yoga five times a week, for 8 weeks. The two main outcomes the researchers assessed were disease activity and depression severity.

After the intervention, improvements in markers of neuroplasticity, inflammation, cellular health, and cellular aging — such as oxidative stress — showed that yoga had a positive effect on those who practiced it.

Dr. Dada and colleagues conclude, “Yoga, a mind-body intervention re-established immunological tolerance by aiding remission at molecular and cellular level along with significant reduction in depression.”

“Thus in this inflammatory arthritis with a major psychosomatic component, yoga can be used as a complementary/adjunct therapy.”

The study’s lead author reports, “Our findings show measurable improvements for the patients in the test group, suggesting an immune-regulatory role of yoga practice in the treatment of RA.”

“An intensive yoga regimen,” she continued, “concurrent with routine drug therapy induced molecular remission and re-established immunological tolerance. In addition, it reduced the severity of depression by promoting neuroplasticity.”

She goes on to explain the mechanisms responsible for these beneficial effects. “Yoga facilitates the mind’s capacity to affect bodily function and symptoms mediated through a variety of downstream pathways and bring about natural immunological tolerance.”

The researcher notes that people could supplement standard RA drugs “with alternative and complementary interventions like yoga to alleviate the symptoms at both physical and psychosomatic levels.”

“Our results provide evidence that yoga positively modifies the pathobiology of autoimmunity at cellular and molecular levels by targeting mind-body communications,” she says.

“Further research is needed for the exploration of possible mechanisms underlying the cumulative effect of yoga on multiple pathways at a cellular level.”

Read More:  Medical News Today: Is it bronchitis or pneumonia?