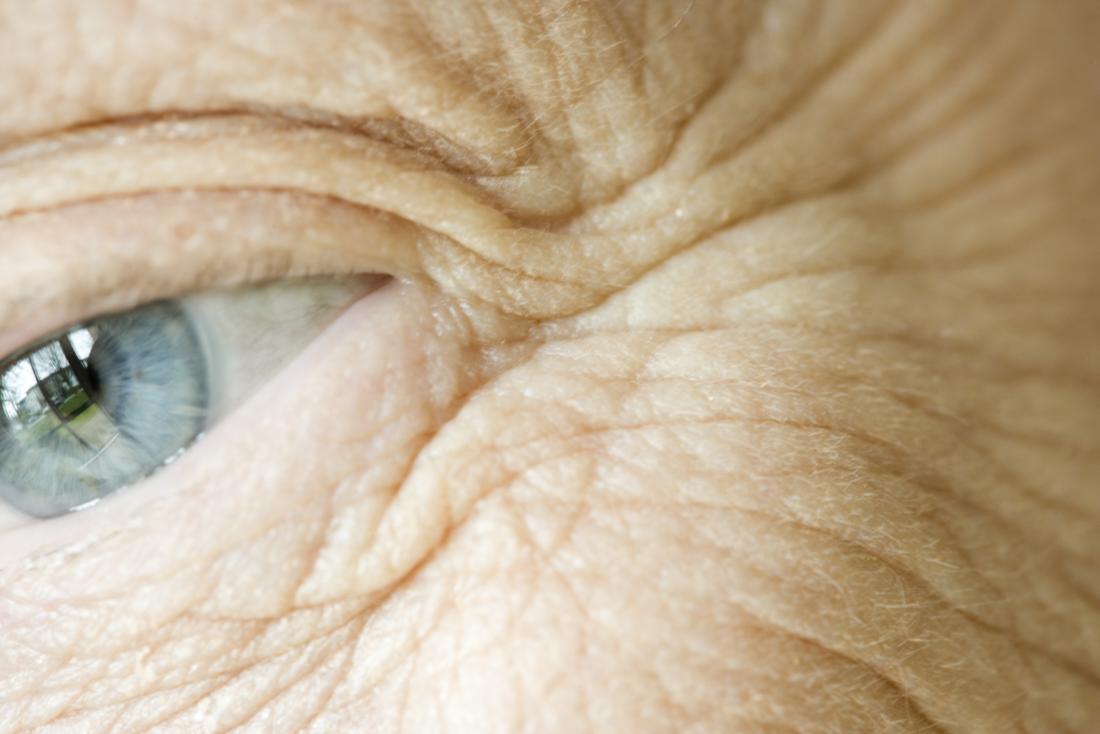 Aging skin may play a role in driving chronic disease.

The skin is our largest organ. One of its primary functions, of course, is to protect our insides from the dangers outside.

It also detects heat and cold, helps to regulate our internal temperature, and allows us to sense touch.

Despite its huge size, scientists do not often consider the skin’s role in chronic disease.

However, a group of researchers from the University of California San Francisco (UCSF), are bucking the trend. They are focused intently on understanding the role of skin in age-related chronic disease.

As people age, levels of inflammation in their bodies steadily increase. Scientists refer to this as inflammaging. Cytokines are important drivers of this inflammation, and the scientists involved in the current study want to understand whether the skin might be involved.

Inflammaging and the skin

Scientists have already outlined a relationship between inflammation and a range of conditions, including type 2 diabetes, atherosclerosis, Alzheimer’s disease, and osteoporosis.

In the past, scientists thought that the immune system or the liver drove inflammaging. However, according to a new study that the Journal of the European Academy of Dermatology and Venereology recently published, the skin might play a significant role, too.

“The inflammation must come from an organ big enough that very minor inflammation can affect the whole body. Skin is a good candidate for this because of its size.”

Dr. Man, who is a research scientist in the Department of Dermatology at UCSF, continued, “Once we get old, we have dermatological symptoms like itchiness, dryness, and changes in acidity. It could be that the skin has very minor inflammation, and because it’s such a large organ, it elevates circulating cytokine levels.”

As we age, skin becomes drier and less reliable. Age also affects the skin’s permeability, meaning that it has trouble keeping water in and pathogens out. A reduction in skin moisture allows small cracks to appear, which sparks the release of cytokines into the blood supply.

In younger skin, cytokines help to repair cracks in the skin. Older skin, however, is more difficult to fix, which means that the body continually releases these inflammatory messengers; once they are in the blood, they can travel around the body.

Dr. Theodora Mauro, the lead author of the newest paper, explains, “Until recently, the scientific community didn’t believe that skin could contribute to systemic inflammation and disease. But in the last 5 years, studies of psoriasis and dermatitis have shown that skin inflammation from these diseases likely increases the risk of heart disease.”

Of course, aging skin is far more common than dermatitis or psoriasis; therefore, according to Dr. Mauro, “the overall risk to the population from aging skin could far outweigh that seen from skin diseases.”

She believes that “[d]ecreasing inflammation simply by treating the skin dysfunction seen in aging could have profound health effects.”

Can we reduce the risks of inflammaging?

In their recent study, the scientists set out to measure the impact of aging skin on inflammation and, importantly, to see whether they could reduce signs of inflammation using a skin moisturizer.

As expected, applying moisturizer for 30 days reduced the levels of all three cytokines in the blood. The cytokine levels were also lower than those in a control group of similarly aged adults who had not used the cream.

According to the authors, the participants’ cytokine levels were equivalent to people in their 30s.

Because this experiment used a particularly small sample, researchers will need to carry out much larger trials before they can reach reliable conclusions. Firstly, future studies will need to confirm that they can replicate the effect that they measured.

Secondly, they will need to demonstrate that a reduction in circulating cytokines has significant health benefits in the long run.

It is also worth noting that, as the authors disclose, two of the scientists involved in the study work as consultants for a South Korean company called Neopharm, Ltd., which produces the moisturizer used in the trial.

Follow-up research will, no doubt, begin soon. Whether the scientists replicate the findings or not, the topic of skin inflammation and chronic disease is sure to enjoy further scrutiny.

As the United States population ages, one can’t help but hope that an intervention as simple as applying moisturizer might ward off age-related disease.