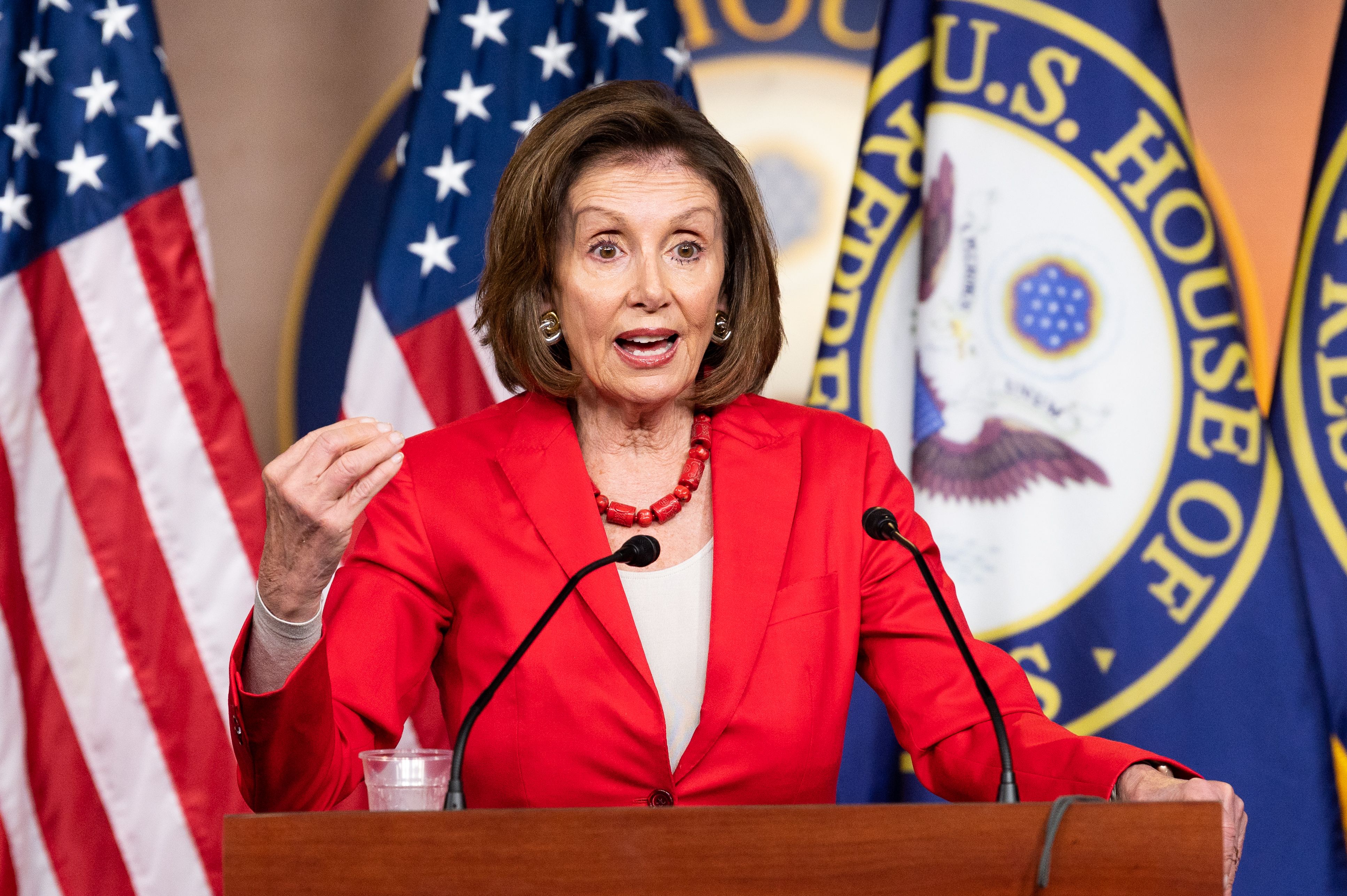 House Speaker Nancy Pelosi (D-CA) speaking at her weekly press conference at the US Capitol in Washington, DC.

House Speaker Nancy Pelosi‘s latest draft of legislation allowing Medicare to negotiate lower drug prices would also apply those discounts to private health plans across the U.S., according to a senior Democratic aide.

The Department of Health and Human Services is currently prohibited from negotiating drug prices on behalf of Medicare — the federal government’s health insurance plan for the elderly. Pelosi has been working for months on a plan that would give HHS that power, which private health insurers already have. The most recent draft of the legislation proposes to extend those cost savings to private insurance plans, the aide said, asking not to be identified because the legislation is still being drafted and could change.

While private health insurers are already allowed to haggle over drug prices, the savings don’t all make it to consumers.

Insurers use pharmacy benefit managers to negotiate drug rebates from pharmaceutical manufacturers in exchange for better coverage. The rebates often get paid to the PBMs or insurance companies, although insurers say consumers benefit from lower co-pays and premiums.

The Trump administration and Democrats in Congress are both trying to bring more transparency to drug prices and, ultimately, lower costs for consumers.

The Trump administration is trying to shed more light on the health-care industry’s opaque pricing practices by requiring Big Pharma to include drug prices on TV ads starting this month. It proposed new rules in January that would cut out the middlemen and force drugmakers to pass drug rebates directly to consumers. The president also issued an executive order last month requiring hospitals and insurers to disclose negotiated rates for services, as well as provide patients with out-of-pocket costs before their procedures.

High prescription drug costs have become a rare bipartisan issue, with lawmakers on both sides of the aisle demanding changes. Democrats are jockeying to prove they can lead reform. President Donald Trump has made lowering prices one of the key issues of his administration, as health care remains a top issue for voters in the 2020 elections.

Americans are increasingly in favor of more federal regulation to bring down high prescription drug prices, including letting the government negotiate directly with drugmakers, according to a survey from the Kaiser Family Foundation. While House Democrats have proposed letting the government negotiate with drugmakers directly, opposition is strong among Republicans who say they want prices negotiated in a free market.

It’s unknown if Pelosi’s plan would apply to all drugs. But according to Kaiser, it would authorize HHS to negotiate the prices of the 250 most expensive drugs.