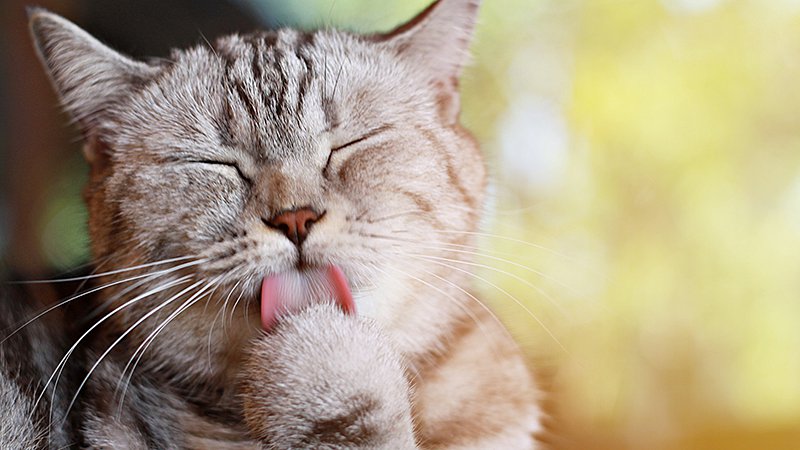 “This is the first time treating a cat has translated into helping sick people,” said James Wedner, MD, from the Washington University School of Medicine in St. Louis. “We’re excited.”

“There is a huge number of people in the world who are allergic to cats and the mechanisms to treat them are not that good,” he told Medscape Medical News. And there is no such thing as a hypoallergenic cat.

But this solution binds the allergen in the cat’s diet, he explained here at the European Academy of Allergy and Clinical Immunology 2019 Congress.

“You don’t have to get rid of cats or get shots,” Wedner said.

People can have a hard time getting rid of their cats, he added. “They even lie to you while they continue to sleep in the same room as their cat.”

This is the first time treating a cat has translated into helping sick people.

“This is a breakthrough,” said Jean Bousquet, MD, PhD, from Centre Hospitalier Universitaire de Montpellier in France, who introduced the investigators during the session. “For the first time, we can offer an alternative to getting rid of the cat that is safe, and it works.”

For the person with an allergy, symptoms and quality of life can be improved “with a very simple measure,” Bousquet added. “It’s revolutionary.”

That team exposed hens to a large amount of the Fel d1 protein, which is responsible for 95% of cat allergies. The hens then produced antibodies and laid eggs that contained anti-Fel d1.

When food made from those eggs was fed to cats, the anti-Fel d1 neutralized the Fel d1 in their saliva and, as the cats licked themselves clean, the antigen stuck to their fur.

When brushes used on the cats were tested in the lab, the investigators found a 47% reduction in active Fel d1 (P = .001).

The anti-Fel d1 action is oral; it does not take place in the gut. Because cats tend to eat several times a day, the anti Fel d1 in their mouths is continually replenished.

In their double-blind crossover study, Wedner and his colleagues assessed 11 people without asthma who responded differently to high and low levels of Fel d1 on primary testing.

“It took about 36 hours to load the environmental chamber,” Wedner reported. They used fans to distribute the allergens.

“We measured the amount of Fel d1 in each chamber during the trial,” he added. “If the amount decreased or increased, we correlated that to the symptoms.”

TNSS scores were significantly better with the anti-allergen blankets than with the week 1 control blankets (P = .035); nasal congestion was also better (P = .055).

Even though the people in the chambers were blinded, they told researchers they knew when they were in a regular or reduced-allergen chamber. “Most of them could tell us, after the fact, which had been experimental and which had been the control,” he reported.

There was no evidence that the cats suffered any harm from eating the anti-Fel d1 diet. A variety of levels of anti-Fel d1 was seen in the same breed of cat, said Satyaraj.

“It works in the cat’s mouth and is not even systemic,” she told Medscape Medical News. “It’s really quite genius.”

In the United Kingdom, immunotherapy for animal dander is only covered for people who need to be around animals, such as vets and jockeys. “We need to see more data, but this is really a very good thing for allergists,” she added.

Funding for the study was provided by Purina Nestle. Wedner reports receiving funding from Nestle Purina. Bousquet and Varney have disclosed no relevant financial relationships. Satyaraj is an employee of Nestle Purina .