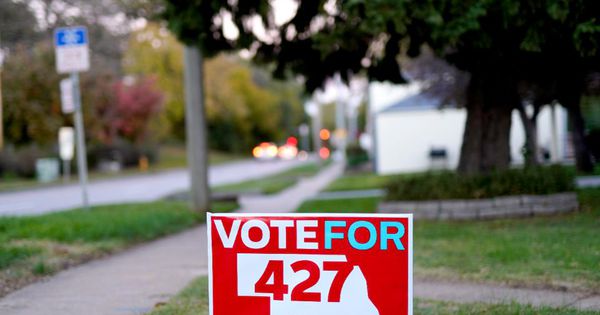 Votes to expand Medicaid in Nebraska, Idaho and Utah could benefit health insurance companies like Centene and UnitedHealth Group that have already made successful forays into administering benefits for poor Americans in several states.

Republican-leaning states voted Tuesday to expand Medicaid coverage for poor Americans under the Affordable Care Act to tens of thousands of people via ballot initiative in what is expected to bring even more management of Medicaid patients under private health insurance companies. And that is potentially good news for Anthem, Centene, Molina Healthcare and UnitedHealth because all having growing Medicaid businesses.

More than 250,000 new Americans could gain coverage thanks to voters in Nebraska, Utah and Idaho who approved Medicaid expansion after their Republican-controlled legislatures failed to do so in recent years as 33 other states and the District of Columbia have already done, according to the latest tally by the Kaiser Family Foundation.

In the case of UnitedHealth Group, the insurer already administers Medicaid benefits for Nebraska so it would seem to have a possible inside track to manage more enrollees. Since Nebraska voted to expand Medicaid, 45,000 will gain coverage and the uninsured rate will fall to 9.6% from 12.4% next year, according to figures from a study earlier this year by the Urban Institute.

But Centene has been one of the most successful health insurance companies in helping states that have expanded Medicaid under the ACA. Centene, for example, is already working to get the Medicaid managed-care business in North Carolina, executives said last month.

“In early August of 2018, North Carolina released an RFP for the state’s first time transition of Medicaid members … to service in the managed care,” Centene CEO Michael Neidorff told analysts last month on the company’s third-quarter earnings call.”We have been planning for this RFP for several years. In January of 2017, we established a joint venture with the North Carolina State Medical Society to collaborate on a statewide member focused approach to Medicaid managed care.”

The expansion of Medicaid benefits under the ACA has come a long way since the U.S. Supreme Court in 2012 gave states a choice in the matter. There were initially only about 20 states that sided with then President Barack Obama’s effort to expand the health insurance program for poor Americans.

The 17 holdout states like Nebraska, Utah and Idaho that remained before Tuesday’s midterm elections have already missed out on generous federal funding of the Medicaid expansion. From 2014 through 2016, the ACA’s Medicaid expansion population was funded 100% with federal dollars. Since last year, the federal government still picks up 90% or more of Medicaid expansion through 2020. It’s a better deal than before the ACA, when Medicaid programs were funded via a much less generous split between state and federal tax dollars.