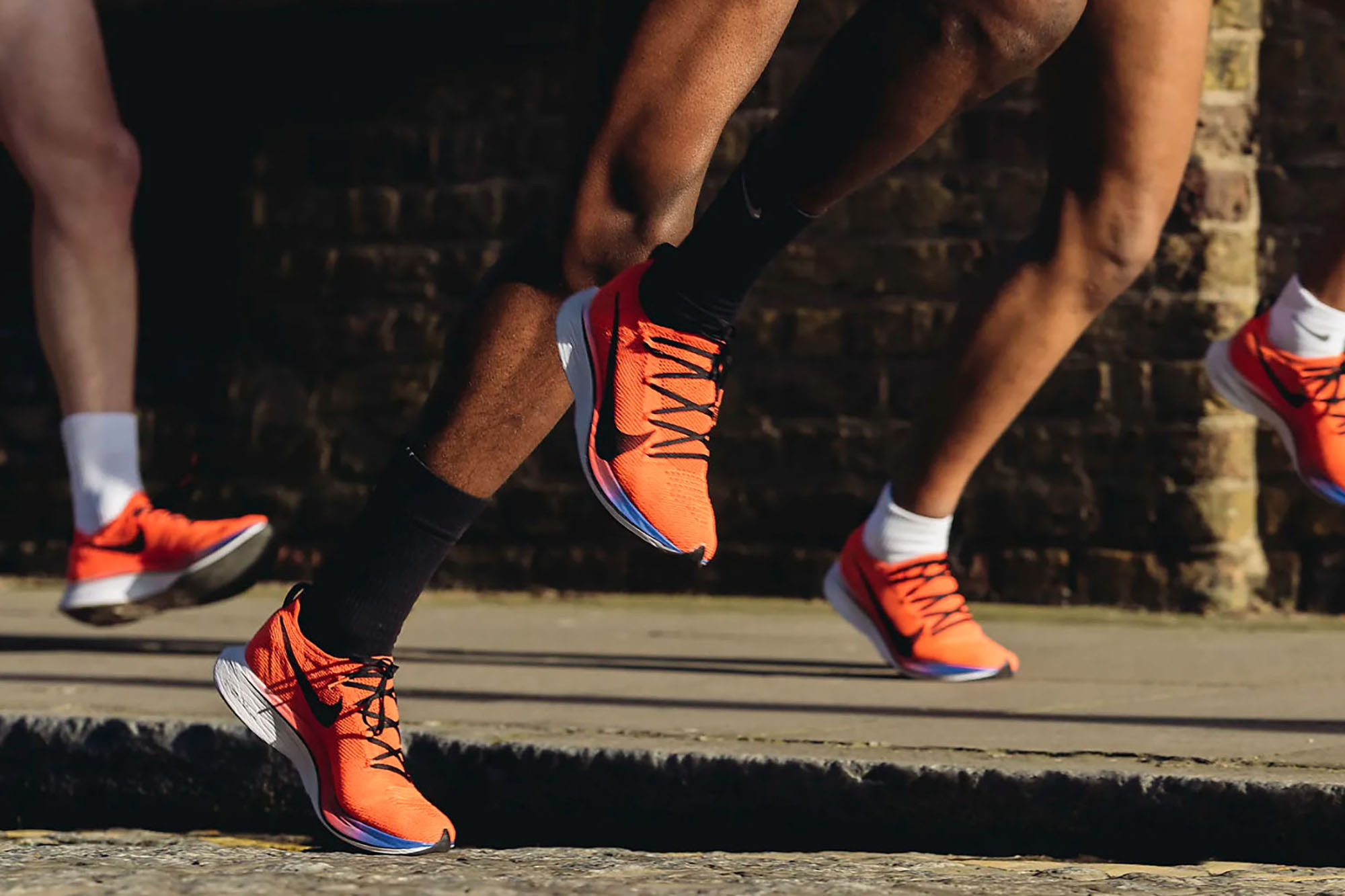 Kicking off the latest scandal in sports: a sneaker so powerful its users have been accused of cheating.

Nike’s Vaporfly shoes, said to improve elite athletes’ race times by up to two minutes, were worn by 31 out of 36 of 2019’s top marathon runners at the six biggest races in the world. The shoe company claims that the $ 250 sneakers, which come with hyper-bouncy foam, can improve running efficiency by about 4%, helping marathoners shatter records and claim medals.

But not so fast, say critics in the racing community such as Robert Johnson, who saw the cutting-edge prototypes as “mechanical doping” when they first showed up at the 2016 Rio Olympics.

On Friday, the shoes were approved for use in the Summer Olympics in Tokyo. The organization that governs international rules for running events such as marathons, World Athletics, has given Nike’s Vaporfly 4% and Next% iterations its blessing.

Nike hasn’t responded to The Post’s requests for comment.

World Athletics’ decision was met with heavy criticism. Johnson has called for the organization to apologize for the fumble. He calls Nike “shady” but concedes “they made an incredible shoe.”

The revamped guidelines released by World Athletics specify an upper limit of 40 millimeters for a shoe’s sole height and allow for one rigid embedded plate. Good news for Nike: The soul of the sole of the currently available Vaporfly is a single carbon fiber plate running the length of the shoe — earlier variants of the Vaporfly had three and were used by Eliud Kipchoge to complete the first under-two-hour marathon, and by Brigid Kosgei to break the women’s marathon world record. Their shoes were legal, the World Athletics ruled this week.

Still, not everyone can afford to splurge on the high-tech shoes, says Geoffrey Burns, a University of Michigan researcher who authored the paper “Is it the shoes? A simple proposal for regulating footwear in road running” in the British Journal of Sports Medicine.

Read More:  Wondering What the Perfect Vagina Looks Like? Hint: It Doesn’t Exist

“Think of high school and college levels,” he says. “This affects that. The tip of the iceberg is the elite scene, but the sport is built on competition up and down the board.”

Going forward, prototypes of the sort that Nike deployed at the 2016 Olympics won’t be allowed on the elite level. Instead, a shoe has to be on the market for four months before runners can lace them up on the job, giving Nike a head start at big-name events like the Olympics and the London and Boston marathons in 2020, while other companies developing high-performance shoes are forced to wait on the starting line. This might present issues for men and women sponsored by Nike’s competitors, such as Adidas, Brooks and Asics.

The current scandal echoes the discussion around the Speedo LZR Racer suit in 2008. The elastane-nylon and polyurethane singlet was worn by 98% of swimmers who won medals at the Beijing Olympics, while 23 of 25 world records were broken — including seven by Michael Phelps, who promoted the suit.

“It rotted the sport from the inside out because it was no longer accessible to all,” says Burns.

“Five years ago if you watched a marathon, 99.8% was that guy running, and his shoes weren’t doing a whole lot but cushioning some of the force. Now you’re looking at it, and it might just be 99.5% him.”