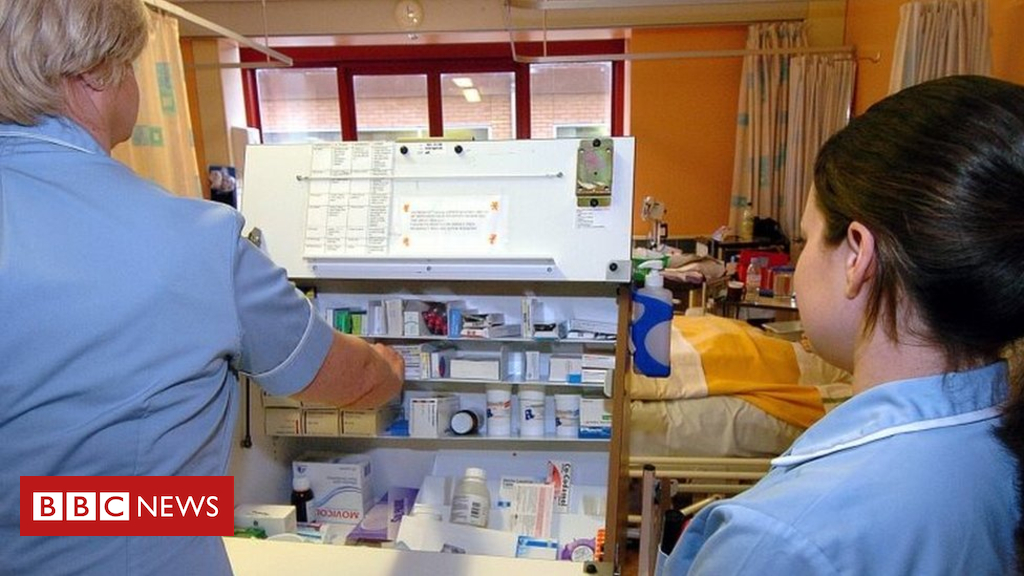 NHS trusts could “quickly run out of vital medicine” in the event of a no-deal Brexit, the chief executive of a leading hospital group has warned.

Medicine shortages could lead to some operations being postponed, he said.

The Department of Health said planning for a no-deal Brexit was “ongoing”.

It added: “We are working closely with the NHS, industry and the supply chain to make detailed plans to ensure continued access to healthcare, medical devices and clinical supplies in the event of no deal.”

Dr Rosser, chief executive officer of the Birmingham trust, made the warning in a paper presented to the trust’s board last week.

In his memo, Dr Rosser said: “In terms of the potential for major operational impact and severe and widespread risks to public safety, by far the greatest concern is the availability of medicines, devices and clinical supplies.”

He added that a Department of Health report into which medicines were likely to face shortages had “not been made available” to NHS trusts but that “it is assumed that a significant proportion of the medicines and consumables we use at UHB on a daily basis may be at risk”.

Dr Rosser pointed to the possibility that equipment and medicines may not be available to manage the care of patients having complex surgery.

“In the context of an individual, no-urgent case, there would be no question that the correct decision would be to postpone the intervention,” he said.

This could “significantly affect waiting times” for patients, he said in his memo.

We have heard plenty about the risk to staffing and supply of medicines when it comes to a no-deal Brexit – so the cancelling of operations is, in some ways, a logical extension of that.

The paper produced by this trust acknowledges that, saying the risk is “unquantifiable”.

Hospitals regularly cancel non-urgent operations, like minor hip and knee procedures, as a way of managing pressure. Last winter, operations were cancelled en-masse as A&E struggled. Even this winter, which has been somewhat easier for the NHS, has seen some cancellations.

If medicines ran short, this would be a tried-and-tested approach to ensuring the sickest were prioritised. But a lot of things have to take place first for that to start happening.

On Tuesday, MPs backed an amendment in Parliament rejecting a no-deal Brexit, but the vote was not binding – meaning the date for exit remains 29 March.

MPs also backed seeking “alternative arrangements” to replace the Irish backstop in Theresa May’s Brexit plan – but the EU has said it will not change the legal text agreed with the UK PM.

Dr Rosser also warned “a fractious no-deal scenario” could have a “major impact” on EU staff working in the NHS.

“We employ around 1,200 EU staff, of whom 262 are doctors, 375 are nurses or midwives, 320 are scientific or other clinical staff, and the balance are in support services,” he said.

“All of these people are vital and highly valued colleagues.”