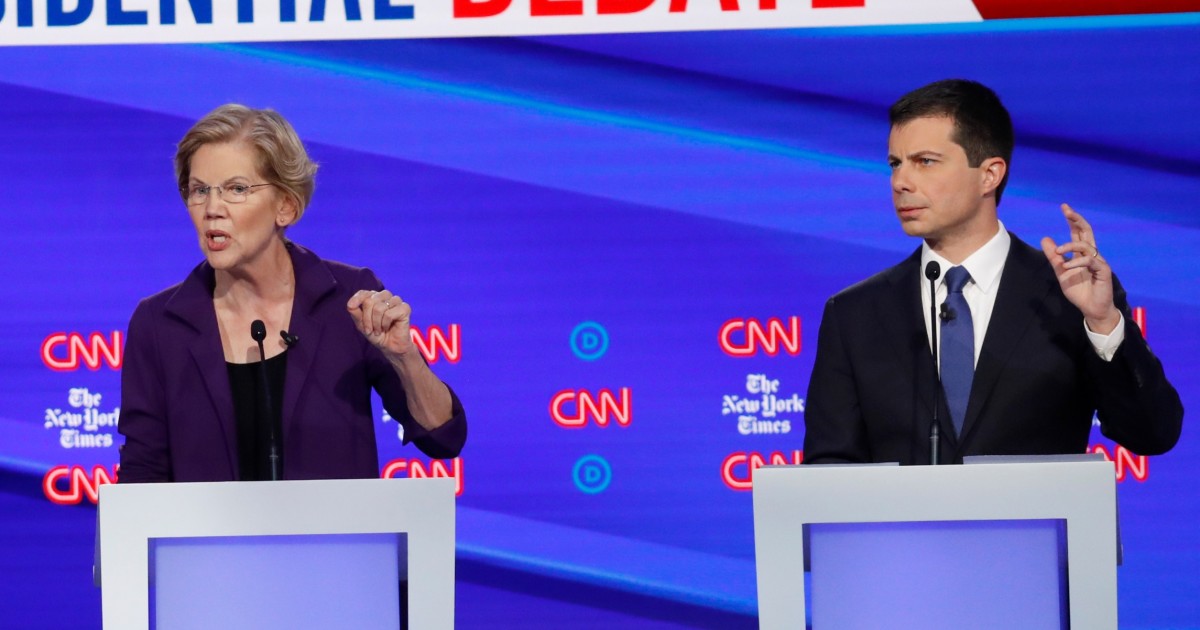 Every single Democratic presidential candidate has joined President Trump. They all agree that Obamacare is a failure.

Healthcare has dominated the first presidential debates, as it should. For the past eight months, healthcare has ranked atop the list of policy issues that concern Americans.

One thing that all the candidates have in common is that they don’t support the Affordable Care Act in its present form. They either want to radically restructure and expand Obamacare or they want to abolish it entirely and force Americans into a single-payer plan that they have rebranded as “Medicare for all.”

Moderates on the political Left want to incrementally expand government control by giving people “choices” such as a public option. Remember President Barack Obama’s famous line, “If you like your current health insurance, you’ll be able to keep it”? It won’t take long before people realize that taxpayer-subsidized insurance, through a public option or a Medicare buy-in, looks more financially attractive than private health insurance. It is impossible to compete with a tax-subsidized government program. Witness Medicare and the disappearance of private health insurance for senior citizens.

If Congress passes a public option or a Medicare buy-in, say goodbye to private plans — even those paid for by employers.

Of course, these same moderates can’t or won’t admit that Obamacare was doomed from the beginning. Why would young, healthy people buy expensive health insurance that they couldn’t use if they could wait until they became sick and then purchase a subsidized plan? It is a reasonable economic decision either to go uninsured or pay the Obamacare fine, which is cheaper than the cost of insurance.

Even with the Medicaid expansion to able-bodied 18- to 64-year-olds, only 20 million of the 50 million people previously uninsured were covered under Obamacare. Plus, the cost of the ACA has nearly doubled above its original budget estimate, and healthcare expenses have gone up, not down.

Obamacare was already in an obvious downward spiral even before the 2017 congressional tax reform legislation essentially eliminated the individual mandate. With or without the mandate, the ACA has failed miserably at holding down healthcare costs and achieving universal health insurance coverage. Remember the claim that Obamacare would save the average American family $ 2,500 a year?

Going even farther, those on the far left want to toss Obamacare aside and impose a completely government-controlled single-payer system. Like the moderates, they agree that Obamacare is a failure.

So if everyone — left, right, Democrat, Republican — agrees that the ACA has failed, why not repeal it and start over? Why not give individual Americans the same tax-free access to affordable health insurance that employers now enjoy? And in the process, why not allow employers to offer workers higher wages rather than “free” health benefits. Let’s equalize the tax code and provide equal treatment for everyone when it comes to buying health insurance.

At the same time, we should reform the private health insurance industry, not eliminate it. Let’s get rid of government-imposed mandates and allow companies to offer the kind of reasonably-priced insurance products that people want and can use. Allow companies to offer low-cost catastrophic plans on a national basis (as they do with auto and homeowners insurance) with accompanying health savings accounts. Increase the risk pool and make affordable health insurance more attractive to young, healthy individuals.

For people with true preexisting conditions, allow states to set up high-risk pools to accommodate their medical needs while keeping everyone else’s premium costs low.

There are solutions to the current health insurance crisis in the United States that will return control to patients and not expand the power of unseen government bureaucrats. Most elected officials and all presidential candidates agree that Obamacare has failed. It’s beyond time to start over.