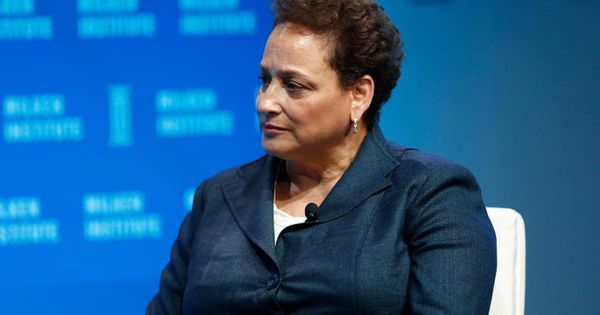 Since then, the AARP’s for-profit financial juggernaut, AARP Services, Inc., has earned so many billions from big insurance companies that it stopped publishing its annual report on its web site in 2013.  And it has expanded to other businesses that are too numerous to cite.

Meanwhile, an unprecedented number of older Americans are being driven into bankruptcy due, in part, to astronomical health care costs. Research shows the rate of U.S. citizens over the age of 65 who are filing for bankruptcy increased about 204% from 1991 to 2016.  This reflects an almost five-fold increase in the percentage of older persons in the U.S. bankruptcy system.  Older Americans report they are struggling with inadequate income and unmanageable costs of healthcare.

The AARP recently engaged in an unprecedented public feud with big pharma over one proposed solution to the health care crisis that affects AARP’s’ bottom line.

The Pharmaceutical Research and Manufacturers of America (PhRMA) is backing a Trump administration proposal called the Medicare Part D rebate rule to encourage insurers to pass prescription drug rebates through to seniors at the pharmacy counter, thereby helping to lower their out-of-pocket costs. At present, insurers and pharmacy benefit managers negotiate rebates with biopharmaceutical companies on medicines but often don’t share those savings with seniors directly.

The rule could hit AARP in the pocketbook. AARP is a leading purveyor of so-called “Medigap” supplement health insurance programs to its membership of 39 million older Americans.  A Medigap policy is insurance offered by a private insurer to help pay for certain “gaps” in Medicare coverage.  AARP has offered group Medigap policies that are underwritten by UnitedHealth Group and UnitedHealthcare Insurance Company since 1967.  The insurer compensates AARP through payments in exchange for marketing, selling and administering the insurance to AARP members. Clearly, the loss of rebates would affect policy profitability.

Instead of fiddling with rebates, the AARP wants Congress to focus on the high cost of prescription drugs. It has urged Congress to let Medicare negotiate drug prices, cap out-of-pocket costs for seniors, and increase the availability of generic drugs.

As the AARP points out,  Medicare is prohibited by law from negotiating lower prices with drug companies and “U.S. consumers often pay more than twice as much for the same brand-name drugs as patients in similar countries.” The AARP says Medicare could have saved $ 14.4 billion on just 50 drugs in 2016 if the program had paid the same prices as the Department of Veterans Affairs, which is allowed to bargain for discounts.

And what about that monumental conflict of interest that the NYT first warned about in 1996?

There are indications that AARP members are unhappy with the AARP’s stance on the rebate issue.

PhRMA did a national online survey in June of 1,349 that found 86% of AARP members support the Trump administration’s proposed Medicare, Part D rebate rule and 85% say they are disappointed with AARP for siding with insurers in opposition to the rule. According to the survey:  “By a margin of 2-to-1, members worry AARP puts profits over seniors.”

In response to the PhRMA survey,  “AARP Advocates” responded via Twitter earlier this month that PhRMA’s “bogus survey isn’t fooling anyone.”  The AARP argued that 90% of Americans are in favor of allowing Medicare to negotiate prescription drug prices.

Who are AARP advocates?  The organization describes itself on Twitter as:  “Nonprofit & nonpartisan, we work with our members & advocates to fight on issues like Social Security, Medicare & more. is located at AARP headquarters in Washington, D.C.”   It’s located at the same address as AARP Services, Inc.

The NYT may have said it best in 1996: “As long as A.A.R.P.’s bank account is linked to its policies, charges of financial self-dealing will never go away.”

In a related matter, the AARP is facing multiple class action lawsuits for allegedly violating state insurance laws by failing to register as a “de facto agent” for UnitedHealth  and for allegedly charging a hidden 4.9% payment to seniors with the sale of each insurance policy. The AARP denies it receives fees or commissions from United Health. The AARP contends it receives royalties from UnitedHealth for the use of its intellectual property.