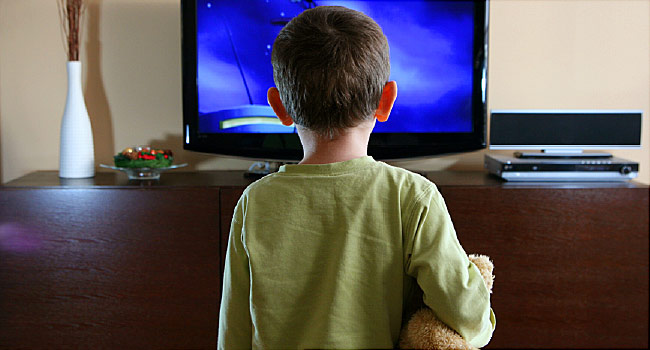 Afterward, children were offered a selection of snacks and told they could eat as much as they wanted. The snacks included candy, chocolate, carrot sticks and grapes.

Overall, the study found, kids who viewed the junk food images were more likely to munch on candy and chocolate: They ate 32 percent more calories from those foods than their peers who’d viewed nonfood images — and 20 percent more than kids who’d seen pictures of healthy food.

In contrast, kids in the healthy-snack group were unimpressed by the images: They ate no more carrots and grapes than their peers did.

That may be because children simply have an “innate preference” for sugary, fatty, salty treats, according to lead researcher Anna Coates, a doctoral student in psychological sciences.

“Unlike adults,” she said, “children are less motivated to resist food marketing, as they’re not driven by long-term health goals.”

Coates said it’s important for parents to know this type of marketing exists.

“Food marketing embedded within a YouTube video is more discreet and targeted than other forms, and therefore, potentially more powerful,” she said. “Parents could talk to their children about why they think social media influencers are paid to show these products in their vlogs.”

Harris agreed that parents should talk about the coziness between marketers and social media stars. But she also doubted how much good it would do.

“Research suggests that even when kids know, they don’t really care,” Harris said. “What’s most important to them is what their friends are doing.”

Plus, she said, “when you’re 13, you’re not thinking about getting heart disease 30 years from now.”

What about regulation? It’s tricky, Coates said. YouTube, Instagram and other social media have minimum age requirements for account holders — so junk food marketers can deny that their social media efforts target kids.

The reality is that children lie about their ages and create accounts anyway, Coates said. Or they simply view public content on the sites.

Surveys of U.K. children show that half of 8- to 11-year-olds use Instagram, while more than 80 percent of 5- to 15-year-olds use YouTube, according to Coates’ team.

In the United States, Harris said, companies self-regulate, and they refrain from advertising on children’s TV networks, for example. But kids are still awash in ads directed at a broad audience.