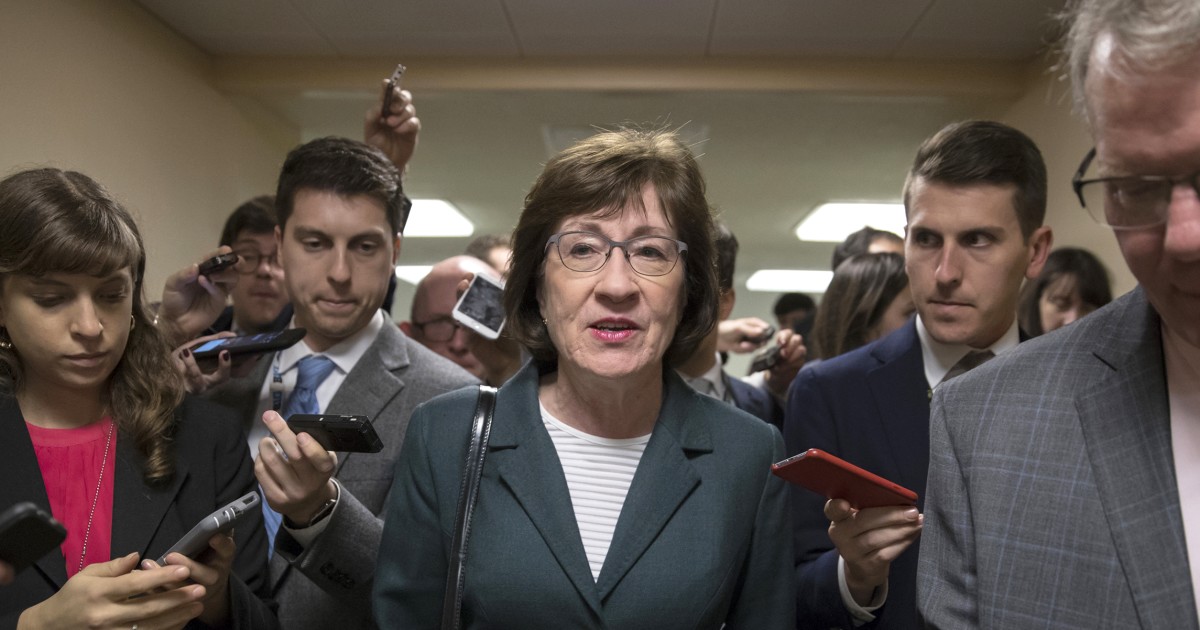 The Senate voted Wednesday against a resolution that Democrats framed as a measure to reverse Trump administration efforts to undo Obamacare insurance protections for people with pre-existing health conditions.

The vote fell along party lines, 43 in favor versus 52 against, with only one Republican, Susan Collins of Maine, voting “aye.”

Democrats forced the roll call vote, putting all senators on the record, through a special procedural tool that allows Congress to disapprove of new regulations with a simple majority.

Wednesday’s resolution would have reversed guidance that the Trump administration put out about “innovation waivers” in Obamacare. Known as “1332 waivers,” they allow states to apply to the federal government to design their own healthcare systems.

Democrats have criticized the menu of options for waivers that the Trump administration put out a year ago, especially the option of applying to have federal subsidies go to people who buy health insurance plans that don’t cover pre-existing conditions.

“We’ve been trying, since the Republicans started saying they are for protecting pre-existing conditions within health insurance, to put them on the record because all of their actions go the other way,” Democratic Washington Sen. Patty Murray said before the vote. “This is a tool that we can finally use to say, ‘okay, if you really want to protect pre-existing conditions, vote with us today.’”

Read More:  Epinephrine is the only effective treatment for anaphylaxis