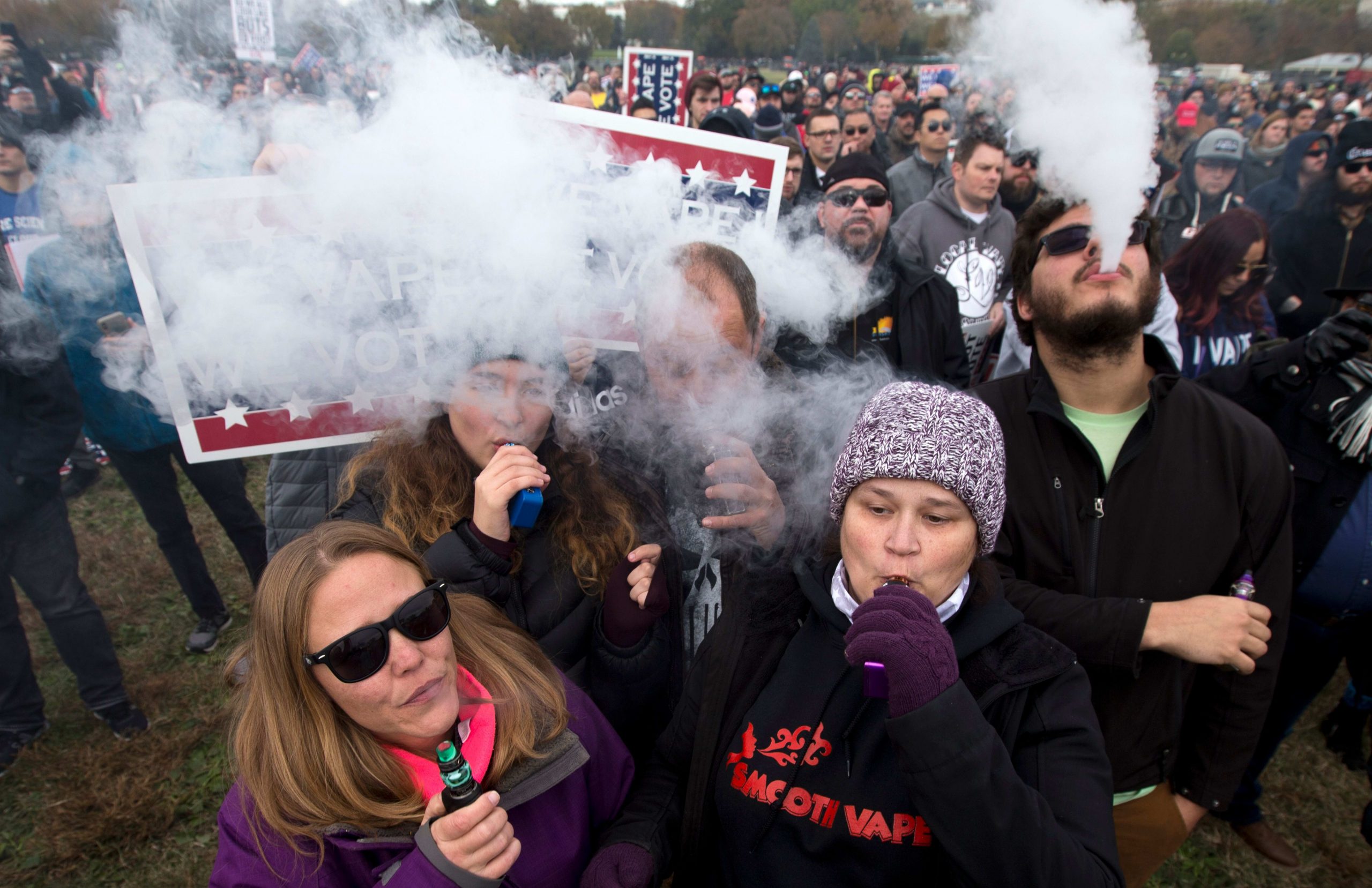 Demonstrators vape during a consumer advocate groups and vape storeowners rally outside of the White House to protest the proposed vaping flavor ban in Washington DC, on November 9, 2019.

The vaping illness outbreak worsened over the last week with 41 people hospitalized and two additional deaths, even as the pace of new illnesses slows, according to new data from the Centers for Disease Control and Prevention.

The total number of cases now stands at 2,602 with 57 fatalities across 27 states, the CDC said Thursday, citing data compiled through Tuesday. Patients have been found in all 50 states as well as the District of Columbia, Puerto Rico and the Virgin Islands, according to the CDC.

The CDC calls the illness EVALI, short for e-cigarette, or vaping, product use associated lung injury. Public health officials say the main culprit is vitamin E acetate, a sticky compound found in some THC vaping products. The CDC said in November it was narrowing in on the substance as a “potential toxin of concern” after it was detected in 29 out of 29 lung tissue samples tested by health officials.

The CDC has recommended that consumers stop vaping, particularly THC and especially anything bought off the street.

The vaping illness comes amid a surge in teen vaping. Last week, the Food and Drug Administration issued a ban on most fruit- and mint-flavored nicotine vaping products in an effort to curb a surge in teen use.

Health and Human Services Secretary Alex Azar told reporters that the ban had little to do with the vaping lung illness, which he said the administration saw as a “separate issue.”

Read More:  'It's a shame people use natural medicine as a last resort instead of a first step' - leading holistic doctor Michael Murray