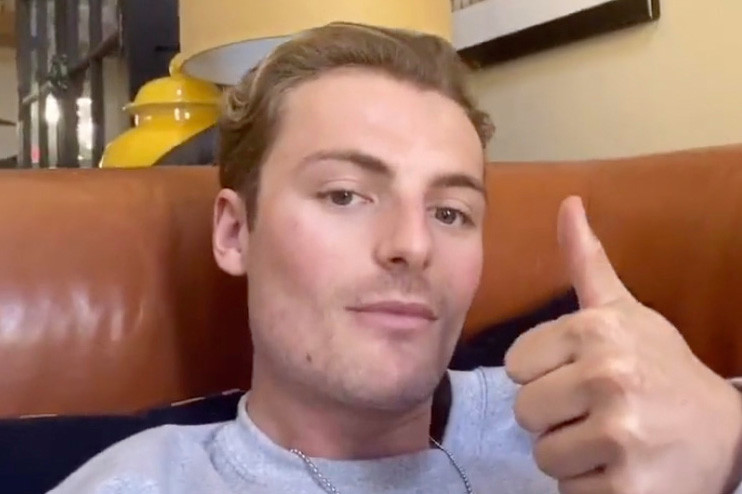 Working from home isn’t the cozy affair it used to be.

As millions have been forced out of classrooms and offices in a monumental effort to curb the global coronavirus outbreak, so too have they learned that the dream of working in pajamas all day vanished with the advent of easy video conferencing software, such as Zoom, FaceTime and Skype.

These days, many are being asked to report to virtual classrooms and offices, with not just two participants on either side of the call, but several, and maybe even dozens or more.

Grant Rosenthal, who was forced back to his family home in Irvine, California, after the University of California, Berkeley, closed its campus, posted a video on TikTok with advice for fellow sleepy students on how to look fresh-faced without actually having to shower or use an under-eye de-puffer.

In the clip, shared March 19, Rosenthal appears on camera with the caption, “Attention all freshly enrolled Zoom University students!! Wanna look less ugly in your videos without trying?”

In three easy steps, he directs viewers to one very handy tool included with Zoom’s interface — the “touch up” option. The function, writes Rosenthal, will allow you to “watch your skin be facetuned in real life.”

“Happy catfishing!!” he jokes at the end of the video, which has since garnered 80,000 likes on the app.

According to Zoom’s website, the feature “retouches your video display with a soft focus. This can help smooth out the skin tone on your face, to present a more polished-looking appearance when you display your video to others.”

UC Berkley professor Sage Lenier later saw Rosenthal’s video, which had been recorded during her class — and, unbeknownst to her, also included her face.

In response, she posted a TikTok of her own, calling out her student in jest for toying with smartphone apps instead of paying attention to her lesson.

“I’m not a regular professor, I’m a cool professor,” she wrote.