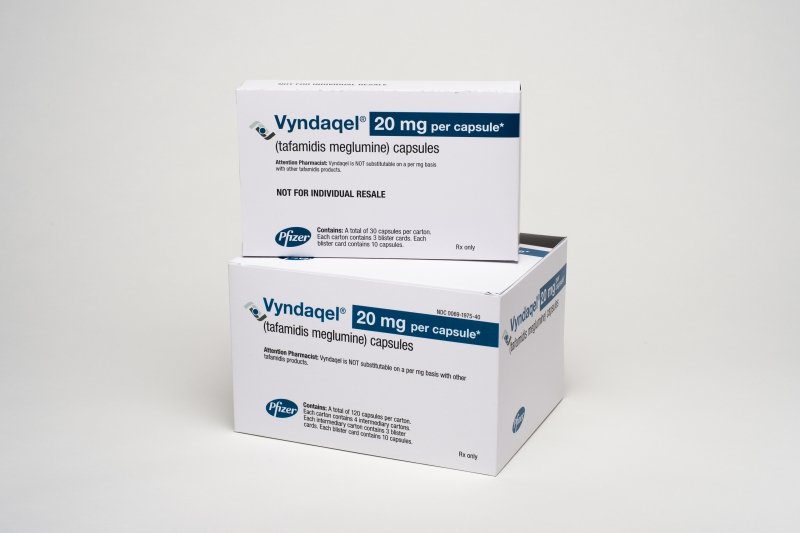 Pfizer’s tafamidis arrived in the U.S. in 2019 with a vastly discounted list price over rival transthyretin amyloidosis drugs. But its $ 225,000-a-year tag still seems too much for many heart patients.

Previous cost-effectiveness analyses and physicians themselves have warned tafamidis is too pricey—the world’s most expensive medication for cardiovascular disease, to be exact. And now, a new JAMA Cardiology study suggests that may indeed be the case.

The study on 50 patients who were prescribed the med—now marketed under the brands Vyndaqel and Vyndamax—at the Oregon Health & Science University found many of them needed financial help to afford it.

In this Fierce Biotech webinar we will examine a number of the benefits of Lonza’s , XS® Pichia 2.0 including : speed, simple fermentation regimes, robust and scalable processes that can be tuned according to the specific objectives of a program, helping to advance new drug candidates through the development pipeline.

Seven (14%) of the patients didn’t get Vyndaqel at all; three couldn’t afford the out-of-pocket cost, two declined assistance, and one died before getting the drug.

Of the 43 who obtained it, 28 won copay assistance from either a foundation or Pfizer that allowed them to receive Vyndaqel at no cost. Before financial assistance, the median 30-day out-of-pocket cost of Vyndaqel was $ 1,909.

Vyndaqel was approved by the FDA in 2019 to treat cardiomyopathy caused by transthyretin amyloidosis (ATTR-CM), a condition primarily affecting individuals 65 years of age and above. Many seniors “have other preexisting competing financial commitments that prohibit them being able to afford the costly copayments,” the researchers noted in the study. The “donut hole” gap is a particular problem for seniors on pricey meds for chronic conditions.

But the U.S. government doesn’t allow pharma companies to provide copay assistance to Medicare patients. Many seniors don’t qualify for financial assistance from other sources. And for those who did get the help, “the funds in these nonprofit foundations are liable to run out.”

In a statement to FiercePharma, Pfizer said all patients should have access to tafamidis, regardless of their ability to pay. “Unfortunately, the high copays required by the Medicare Part D benefit design often result in seniors having to forgo their needed prescriptions. This is unfair,” it said.

RELATED: Pfizer, Ionis will feel the blow of COVID-19 on the fast-growing ATTR market: report

The drug’s $ 225,00-per-year sticker price is far lower than the $ 450,000 list price for Alnylam’s Onpattro and Ionis’ Tegsedi, two rival meds greenlighted in a nervous system manifestation of hereditary amyloidosis called polyneuropathy. They’re both being tested in ATTR-CM, a larger market than hATTR polyneuropathy.

The two suggest that ATTR-CM is a much more prevalent disease than Pfizer estimates—the company says it affects 100,000 people in the U.S.—and therefore Vyndaqel doesn’t deserve rare disease pricing.

Before Vyndaqel was launched, only around 1,000 to 2,000 ATTR-CM patients were properly diagnosed. Now, amid Pfizer’s disease awareness push and better adoption of specific cardiac imaging technology, the diagnosis rate has gone up to 13% by Pfizer’s estimate, CEO Albert Bourla told investors on a conference call in late April. During the first quarter, the drug sold $ 127 million in the U.S.

Gurwitz and Maurer’s viewpoint won backing from a group of doctors at Brigham and Women’s Hospital. Of the 80 ATTR-CM patients that team chose to treat with Vyndaqel, 23 (30%) had a copayment greater than $ 1,000 even after assistance. The cost deterred nine of them from taking the med, according to a response published in JAMA.

In addition, a February study in the journal Circulation found that at its current price, Vyndaqel delivers a cost-effectiveness ratio of $ 880,000 per quality-adjusted life-year (QALY) gained. In other words, the drug should take a 92.6% price cut to meet the commonly used $ 100,000/QALY threshold for cost-effectiveness.

Patients who have difficulty covering Vyndaqel’s cost have at least one apparently viable workaround. The FDA approved two formulations of tafamidis. Four Vyndaqel 20mg capsules are meant to be taken a day, while Vyndamax is a bioequivalent version given in a single capsule of 61mg.

Thing is, in the phase 3 ATTR-ACT trial Maurer helped run, the 80mg dose didn’t top 20mg at lowering heart-related events. So, theoretically, a patient could take Vyndaqel for a quarter of the price.

But, long-term extension data from the ATTR-ACT trial was just presented at the European Society of Cardiology’s virtual event focusing on heart failure. The data showed that, after a median follow-up of 39 months, the 80mg Vyndaqel group had a 33% reduction in the risk of a composite measure of all-cause death, heart transplantation or implantation of a ventricular assist device, compared with those on the 20mg dose.

The risk-reduction expanded to 43% after 51 months of treatment. Such long-term benefit may mean 20-mg daily tafamidis is no longer an option for patients.

“There are no current plans to phase out Vyndaqel from the U.S. market,” Pfizer said in a statement. The company has previously said that the goal is to transition all patients to the more “convenient” Vyndamax.

Editor’s Note: The story has been updated with a Pfizer statement that it currently doesn’t plan to phase out Vyndaqel.