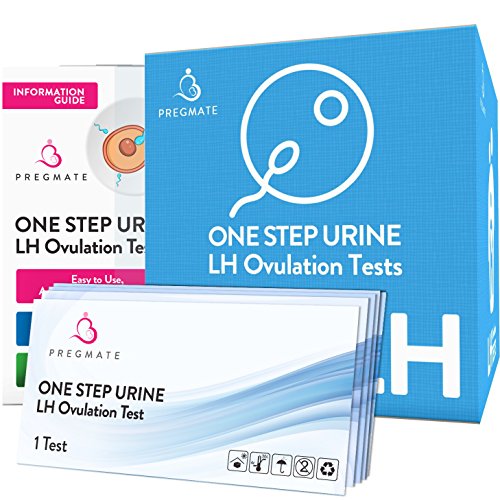 About PREGMATE One Step HCG Pregnancy Test Strips:
PREGMATE Pregnancy (HCG) test measures the levels of the pregnancy hormone human chorionic gonadotropin (HCG) in your urine. This hormone is produced by the cells of the embryo that will later form the placenta. The level of HCG starts to increase from its basal level of less than 5 mIU/mL directly after implantation, and doubles about each 48 hours during the first weeks of pregnancy.

About PREGMATE One Step LH Ovulation Test Strips:
The LH (Luteinizing Hormone) which is in the urine of normal women will increase dramatically in the middle of the menstrual cycle. The LH increase triggers ovulation which is when the egg is released periodically from Normal fertile women. Ovulation will occur after 24-48 hours following a positive test. PREGMATE One Step Ovulation Urine Test is a qualitative test used to predict when there is a LH surge, and in turn, when you are likely to ovulate.

Did you know?
• The most fertile days are 1 and 2 days before ovulation. The chance of getting pregnant on the day of ovulation is less than 1 in 10.
• With ovulation prediction, the average couple under 35 is pregnant in less than 3 months, especially if they’ve had sex at the right time every cycle.
• Most overdue babies aren’t overdue at all, just the product of late ovulation, and that can lead to needless interventions. Knowing when you are going to ovulate will tell you exactly when you need to have sex to conceive quickly as well as will tell you exact due date.
• There is a common myth that women always ovulate on day 14. In reality ovulation can happen from as early as 7 days after you get your period to 40 or more days afterward.