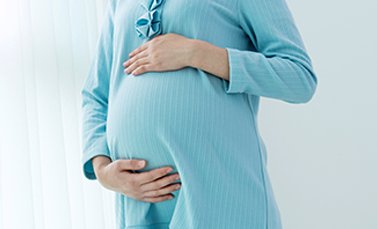 In treating pregnant women with mood or anxiety disorders, we tend to focus primarily on the reproductive safety of psychotropic medications; however, it must be recognized that withholding or withdrawing pharmacologic treatment for depression or anxiety during pregnancy may carry some degree of risk. Untreated psychiatric illness in the mother cannot be considered a benign event, and a number of studies have indicated that untreated psychiatric illness during pregnancy may negatively affect pregnancy outcomes.

The treatment of pregnant women with bipolar disorder is challenging.  Relapse rates are high in the setting of medication discontinuation. Several of the medications used as mood stabilizers, specifically lithium and valproic acid, carry some teratogenic risk.  For other commonly used medications, including the atypical antipsychotics, we have limited data regarding reproductive safety.

Comparing the three groups, there were no significant differences in terms of the following outcomes: gestational age, APGAR scores?<?8, or NICU admissions.   The infants born to mothers with untreated illness (BD-NP) had significantly smaller head circumferences (HC) than the other groups, although adjusting for confounding variables mitigated this association.  There was a trend toward higher birth weight in women with treated BD compared to women with untreated BD. These findings are somewhat different from a larger Swedish study (Boden, et al 2012), which concluded that bipolar disorder in women, whether treated or not, was associated with worse pregnancy outcomes.

One of the things that makes the findings of this study so difficult to interpret is that there are significant differences between the women who choose to remain on medication versus those who elect to stop medication, and these differences may have an impact on outcomes.  In this study, women with BD were more likely to be less educated, unemployed, single, and use tobacco and illicit drugs than women in the comparison group. Compared to women with untreated BD, women with treated BD were more likely to be older and more educated.

While these findings may suggest that treatment improves certain outcomes, such as head circumference and birth weight, in women with bipolar disorder, another interpretation is that women who do not seek or receive treatment may have other sociodemographic or behavioral factors which contribute to negative outcomes.

What this study does show is that treatment with psychotropic drugs did not significantly increase the risk for adverse pregnancy and birth outcomes in women with bipolar disorder.