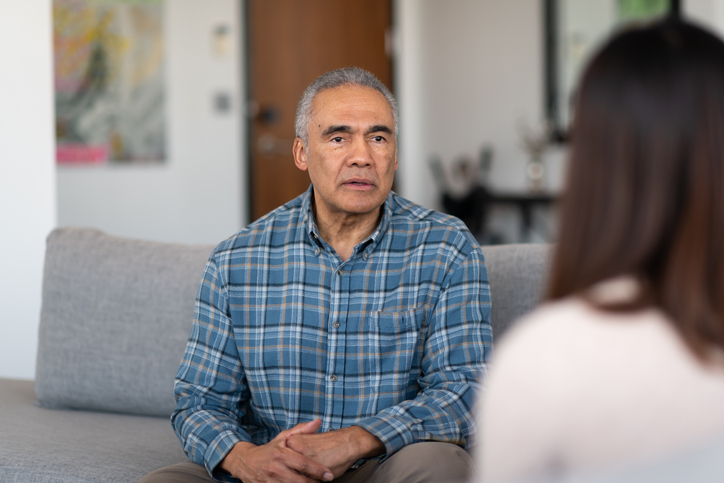 Post-traumatic stress disorder (PTSD) is a common, often debilitating mental health condition that occurs in some people who have experienced trauma. It can have a negative impact on mood, mimicking depression, and is characterized by petrifying episodes in which affected people re-experience trauma. New research suggests psychotherapy may provide a long-lasting reduction of distressing symptoms.

Over the course of a lifetime, many people directly experience or witness trauma, such as sexual assault, violence, or natural disasters. Experts estimate that 10% to 20% of these people will experience acute (short-term) PTSD. Some will go on to develop chronic (long-term) symptoms. Overall, about 8% of all people will develop PTSD during their lifetime, highlighting the need for effective treatments.

What happens when people have PTSD?

Because PTSD spans several categories of symptoms, it can be incapacitating. People are diagnosed with PTSD if they have certain symptoms following a traumatic experience that last for at least a month:

When a person has PTSD, the brain can become sensitized in a state of constant hyperarousal. Nightmares are exceptionally common. People struggling with PTSD often begin to avoid a range of triggering environments. This can further fuel social isolation, making it difficult to hold a job and nurture relationships. Altogether, PTSD can lead to substantial disability and emotional burden on people who have it and society at large.

How is PTSD treated?

Experts have long disagreed on optimal treatment approaches. Current standards of care for treatment may include

However, recommendations made by different expert panels vary substantially on the order in which to try these treatments. For example, the American Psychological Association and the International Society for Traumatic Stress Studies recommend antidepressants known as SSRIs as possible first-line treatment. Most other guidelines, including those from the National Institute of Health and Care Excellence and National Health and Medical Research Council, recommend using SSRIs only if initial attempts at psychotherapy are unsuccessful.

What does the new research tell us?

Rigorous new research supports using psychotherapy first, followed by medication if it fails to offer sufficient relief, or psychotherapy combined with medication from the start. This large meta-analysis, published online in JAMA Psychiatry, combined data from 12 randomized clinical trials and 922 participants. Researchers found that no particular treatment approach was superior to any other at the time of treatment. However, the benefits of psychotherapeutic approaches lasted longer. At their last documented follow up, patients with PTSD who received psychotherapy had significantly greater improvement in symptoms compared with those who received only medications. Additionally, combining both therapy and medications was significantly better in the long term than medications alone.

Which type of psychotherapy is most helpful for PTSD?

Questions remain about which kind of psychotherapy is most effective. Evidence suggests that cognitive behavioral therapy, prolonged exposure therapy, Seeking Safety therapy, and EMDR help many people with PTSD. Yet there are not many head-to-head trials and there is no convincing evidence from those that were done.

Until more robust comparison research is completed, people who experience trauma must be their own best advocates. As a psychiatrist with experience in this field, I recommend the following:

Taking these steps offers the best opportunity to mitigate symptoms and optimize quality of life following a traumatic event.