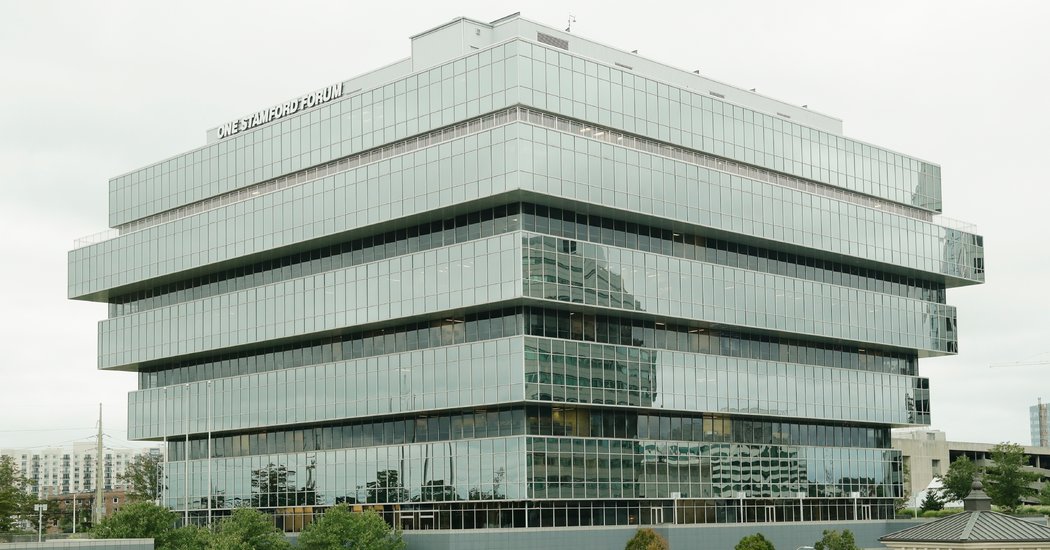 Purdue Pharma, maker of OxyContin, the drug widely seen as igniting the opioid crisis, filed for Chapter 11 bankruptcy on Sunday night, a move at the center of the company’s efforts to shield itself and its owners from more than 2,600 federal and state lawsuits.

The terms of the filing, which include a proposed resolution of most of those cases, are expected to be fiercely contested by a group of 26 states that have refused to settle with Purdue and are intent on pursuing the company’s owners, the Sacklers, considered one of the wealthiest families in the United States. A showdown in bankruptcy court in White Plains could come as early as this week.

Restructuring the company through bankruptcy was at the heart of a tentative settlement agreement reached last week between the company and thousands of cities and counties that have sued it in federal court for its role in the opioid epidemic. Twenty-four states and five United States territories have also accepted the agreement.

Purdue’s board of directors voted Sunday evening to approve the settlement in principle.

“This unique framework for a comprehensive resolution will dedicate all of the assets and resources of Purdue for the benefit of the American public,” Steve Miller, chairman of Purdue’s board of directors, said in a statement. “This settlement framework avoids wasting hundreds of millions of dollars and years on protracted litigation, and instead will provide billions of dollars and critical resources to communities across the country trying to cope with the opioid crisis. ”

Purdue hopes to restructure completely, with an expectation that the Chapter 11 bankruptcy will prompt an automatic stay of current civil litigation against the company over the opioid epidemic.

The details of the settlement proposal have been reported in recent weeks: the Sacklers would give up ownership of the company and pay $ 3 billion cash to the plaintiffs over seven years. They would also have to sell their Britain-based drug company, Mundipharma. The proceeds from that sale could add “substantial further monetary contributions” to the settlement pot, according to a company statement released Sunday night.

Purdue would be restructured into an entity known as a public benefit trust. Profits from its production of OxyContin and other drugs would pay the plaintiffs’ claims, and also support research and development of medicines to treat addiction and overdoses, which would be donated to the public. The new company would abide by restrictions on the marketing and sales of opioids.

The worth of the settlement has been a subject of contention. In its statement announcing the filing, Purdue said it assessed the value at $ 10 billion. But the 26 states that have opposed the deal have disparaged those numbers, saying they are highly speculative and based on optimistic calculations that may take years to realize.

The opposing states also object to the deal because its structure allows the Sacklers, through Mundipharma, to participate in the drug manufacturing business until it is sold. These states note that the resolution of the lawsuits will be paid in part from ongoing sales of OxyContin in the United States and abroad — rather than all of it from the Sacklers themselves.

The 26 states in opposition, including Massachusetts, New York, New Jersey, Connecticut, Pennsylvania, California, Illinois, New Mexico, Virginia, Delaware and North Carolina, are almost uniformly those that have sued the Sacklers in addition to Purdue, or are about to.

What remains unclear is whether the individual Sacklers who have been sued will benefit from the automatic stay of litigation that will most likely be accorded to their company.

In a statement, the Sackler family expressed “deep compassion for the victims of the opioid crisis,” concluding: “We are hopeful that in time, those parties who are not yet supportive will ultimately shift their focus to the critical resources that the settlement provides to people and problems that need them.”

The 24 states that have signed onto the deal, including Tennessee, Florida, West Virginia and Texas, as well as the municipal plaintiffs in nearly 2,300 cases consolidated in federal court, have said they wanted to secure guaranteed money from a bankruptcy that seemed inevitable. They want to begin addressing opioid-gouged public funds, they say, and to end litigation, which itself is crushingly expensive.

The possibility of bankruptcy had been in the works since at least the summer of 2018, when Purdue named Steve Miller, a restructuring specialist who is widely known by his nickname, “the Turnaround Kid,” to chair its board and hired the law firm Davis, Polk & Wardwell, which has a large bankruptcy practice.

The filing itself comes scarcely 48 hours after an announcement late Friday afternoon by the New York attorney general, Letitia James, that her office had uncovered almost a billion dollars in previously undisclosed wire transfers from Purdue to private accounts held by one of the Sacklers. The discovery came from just one of 33 subpoenas the state issued recently to financial institutions and advisers that have done business with the Sacklers.

The dismantling of a corporation to resolve litigation is not without precedent. The signature example is the Manville Personal Injury Settlement Trust, set up in 1988 from the 1982 bankruptcy restructuring of Johns Manville, the asbestos manufacturer, to resolve hundreds of thousands of claims for mesothelioma and other lung diseases. Another notable example is Dow Corning, a maker of silicone breast implants, which sought bankruptcy protection in 1995 to address thousands of lawsuits.

But the Purdue case is, in some respects, unique.

The list of Purdue’s creditors consists overwhelmingly of the state and federal litigants.

But the many thousands of claims that Johns Manville and Dow Corning had to settle were brought by individuals. Here, each of the 2,600 cases against Purdue represents thousands, and often, millions of citizens.

Because the plaintiffs are governments, the states objecting to the proposal are expected to argue that their police authority to protect their citizens permits them to override the bankruptcy protections claimed by the Sacklers. But bankruptcy courts are federal; whether state law would be persuasive is unclear.

Many other questions remain. The federal bankruptcy judge must decide whether the objections by the 26 states are sufficient to scuttle the deal or whether those states will have to bound by the deal as well. Other nettlesome issues include the order in which the plaintiffs and their private lawyers will be paid, the respective amounts and, eventually, how those funds will be allocated to address the disaster.

New York and other states have said in their filings that OxyContin, and opioids developed, distributed and sold by other companies, laid waste to hundreds of thousands of lives, depleting governmental resources. But throughout the two-decade-long public health crisis, the states say, the Sackler family transferred billions of dollars from Purdue to shell corporations and private accounts.

These moves amount to “fraudulent conveyance,” the states say, a claim that may pierce the bankruptcy shield against litigation.

Moreover, many states say, the Sacklers have violated individual states’ consumer protection and fraud laws, which could give them the authority to pursue the Sacklers in their own courts.