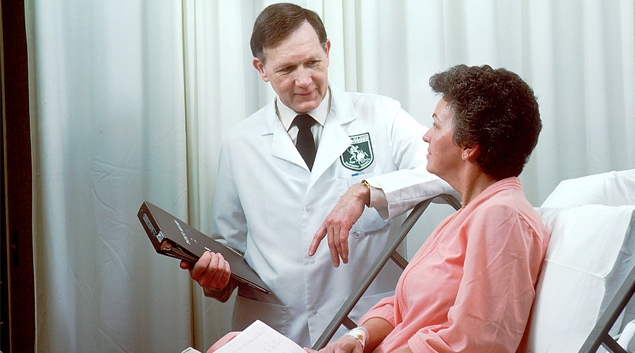 An inside look into America’s radiation oncology workforce finds that gender and race gaps have narrowed slightly, although persistent and growing geographic disparities point to a need for more equity in access to radiation therapy care.

The survey, which drew responses from more than 1,100 physicians across the country, finds that fewer radiation oncologists are practicing in rural communities and that these doctors are more likely to retire in the coming years — compounding the physician shortage and further threatening rural access to care.

One of the key takeaways is that there’s been a shift from rural to suburban and urban locations. Nearly nine in 10 radiation oncologists work in urban or suburban communities (47 and 41 percent, respectively). Since the previous workforce survey in 2012, the proportion of rural radiation oncologists declined from 16 to 13 percent, indicating that rural access to radiation therapy services may be under threat.

The trend may be exacerbated by disproportionately more physicians leaving the rural workforce and fewer new physicians taking positions in these communities. Nearly 30 percent of radiation oncologists in rural communities plan to retire or reduce hours in the next five years, compared to 18 percent of urban and suburban physicians.

Moreover, surveys of recent radiation oncology graduates point to growing demand for jobs in major cities, coupled with waning demand for those in smaller cities.

Radiation oncologists also are shifting from working primarily in private practice to treating patients at academic centers and hospitals. The 2017 survey marks the first time that fewer than half of these doctors work in private practice (38 percent), with 41 percent practicing at academic/university centers and 17 percent at non-academic hospitals.

In a bit of positive news, there’s been some movement toward gender equity. The number of female radiation oncologists edged up 3 percent from the previous survey, from 26 to 29 percent.

Women also are more common in newer cohorts within the workforce; female physicians were 33 percent of radiation oncologists under age 40, 30 percent of those in their 40s and 50s, and 22 percent of those age 60 and up.

With healthcare services being concentrated more and more among major health systems and larger providers, rural hospitals are struggling.

A 2018 study from Chartis Group and iVantage Health Analytics sheds light on the scope of the problem. About 41 percent of rural hospitals faced negative operating margins in 2016, the report found.

If those hospitals were located in a state that elected not to expand Medicaid under the Affordable Care Act, those margins were generally worse than those of their peers, suggesting that such expansion had a mitigating effect on financial pressures.

Due to those financial pressures, 80 rural hospitals closed from 2010 to 2016, indicating that the rural health safety net has seen better days.