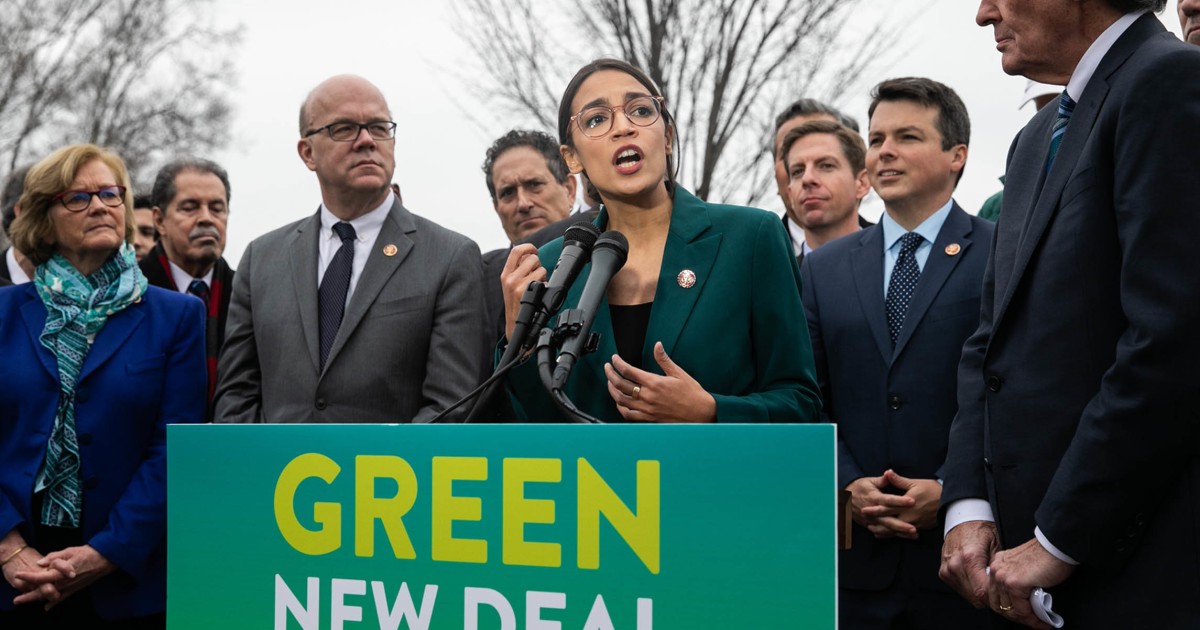 Conservatives and Republicans take for granted that the liberal Democrats’ “Green New Deal” is so obviously out of the mainstream that the general public must, must, must see it as a joke.

It’s that kind of thinking that cost Republicans the 2012 election, and the kind that rendered the Bush-Paul Ryan wing of the GOP obsolete in 2016.

Internet provocateur Mike Cernovich was right when he said Friday on Twitter that as far as the “Green New Deal,” Republicans can either “find a better idea or lose.”

It’s true that the “Green New Deal” proposal is unworkable and would cripple America’s productivity. Congressional Democratic leadership knows that. But, if there’s no alternative to a proposal that at least on the surface sounds like an attempt to advance the country, why would anyone expect voters to accept the status quo?

Ronald Reagan is dead. Along with him, the version of conservative politics that says, “Cut taxes, let freedom ring, and everything else is up to you.”

An NBC-Wall Street Journal poll last year found that about 60 percent of Americans agreed with the statement, “Government should do more to solve problems and help meet the needs of people.”

The average person has no idea how to go about helping “meet the needs of people,” but they know the answer they don’t want to hear is, “The government just screws everything up so you’re better off figuring that one out on your own.”

Conservative Republicans for too long have framed elections as a choice between getting free stuff from Democrats or getting a smaller government from the GOP, a position that seems to suggest there is no alternative to “bad government” or “no government.” Is there a “halfway decent government” option?

The current healthcare system is a sham, constructed in a way that allows both hospitals and insurance companies to bilk their patients. For all its problems and unpopularity, Obamacare attempted to expand healthcare access. The Republican attempt to fix the law, such as it was, was to give little bits of money to people so they might have enough to buy their own insurance. Which one of those sounds better to you?

He also promised not to touch Social Security, a government program that, whether you like it or not, people now rely on.

The “Green New Deal” is a bad idea. But it’s an idea, nonetheless. And the country has shown it’s willing to try new things if it might make lives better.

Republicans should learn that quickly, or lose.