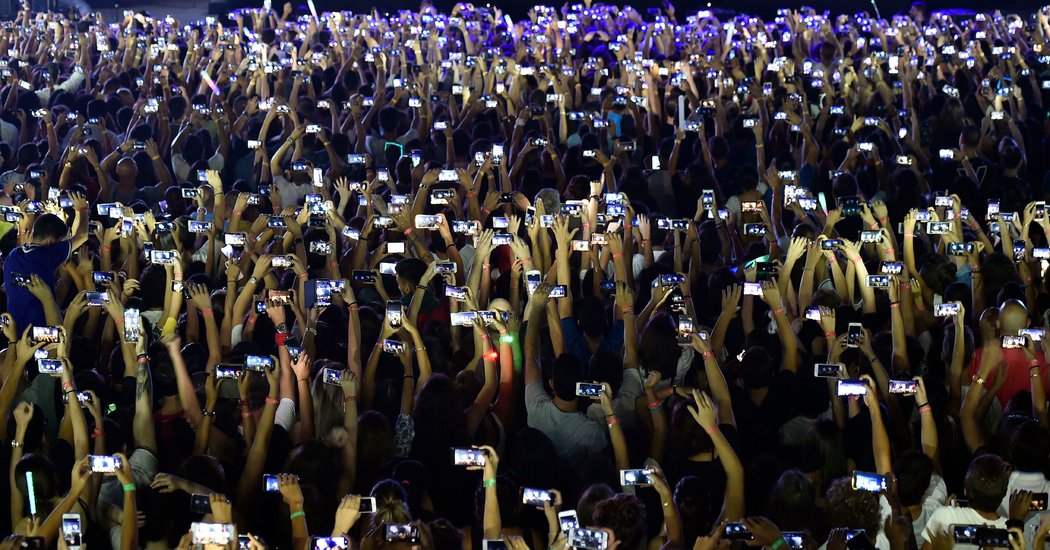 The debate over screen time is typically accompanied by a good deal of finger-wagging: The digital experience is a ruinous habit, akin to binge-eating curly fries, gambling on cock fights or drinking whiskey with breakfast.

Meanwhile, social scientists who are trying to study the actual psychological effects of screen time are left in a bind. For one thing, good luck finding a “control group” of people living the nondigital life or anything close to it. Children pick up devices early, and by their teens are spending six hours a day and more on screens — with phones, laptops and iPads, guzzling from the spigot of Netflix, Hulu and YouTube.

Moreover, standard measures such as “average daily Facebook usage” are now practically meaningless. Consider what a person can do in just the time it takes to wait for a bus: text, watch a comedy skit, play a video game, buy concert tickets, take five selfies, each with a different set of cartoon ears.

Learning how that behavior shapes an individual’s life experience requires an entirely new approach, one that recognizes that screen time is no mere habit but now a way of life. So argued a consortium of social and data scientists recently in the journal Human-Computer Interaction. The phrase “screen time,” they noted, is too broad to be scientifically helpful; it cannot remotely capture the fragmented, ever-shifting torrent of images that constitutes digital experience.

“It’s very counterintuitive to say at this stage, but the fact is, no one really knows what the heck people are seeing on their screens,” said Byron Reeves, a professor of communications at Stanford and an author on the paper. “To understand what’s happening, we need to know what exactly that is.”

Researchers have linked daily time spent on specific platforms, like Facebook,to measures of well-being and mental health. But to build a more compelling understanding of the effects of digital experience, they’ll need far more, the new paper argues. Scientists need to look over people’s shoulders, digitally speaking, and record everything, on every device, that an individual sees, does, and types. The researchers call this ultra-fine-grained record a “screenome,” adapting the concept from “genome,” the full blueprint of one’s genetic inheritance. Each person’s daily screenome is similarly unique, a sequential, disjointed series of screens.

“The point is, your thread is yours, mine is mine, and we use it to regulate our emotions, to balance facts with fun, in our own idiosyncratic way,” said Dr. Reeves, whose colleagues on the paper included researchers from Penn State University, Boston University, Apple Inc. and Toyota Research Institute. “We are not beholden to media companies to organize or direct what we do.”

In arguing to develop such an approach, the researchers presented the digital threads of several dozen people, recorded with consent: screenshots taken every few minutes for periods ranging from a day to several days. Those records showed that people switched from one screen activity to another continually, every 20 seconds on average, and rarely spent more than 20 minutes uninterrupted on any one activity, even a full-length movie.

One participant’s digital thread revealed when during the day her screen use was most- and least-concentrated, and where she was during those periods. Another subject’s record made clear why he stopped reading a news story about a couple being dragged off a United Airlines flight and switched to another site: in order to confirm his own reservations on United for an upcoming trip.

[Your kids think you’re too addicted to your phone.]

Perhaps most intriguing, the paper presented color-coded graphs of the digital threads of 30 college students, monitored over four days. The graphs revealed wide differences in what people used their screens for, as well as in their patterns of switching from one kind of activity, like email, to another, such as entertainment or news. Some people sprinkle brief periods of work between huge chunks of streaming movies and YouTube, for instance; others appear to be bouncing between email, work, and news sites compulsively.

These patterns can vary day to day, of course, for any of us. The deeper question for researchers, and one which they have not had an easy way to study, is how these shifting patterns shape daily experience. The most commonly cited downside of excessive screen time is low mood, or depression. In a recent study, researchers led by Johannes Eichstaedt of the University of Pennsylvania examined (with permission) the Facebook activity of 114 people diagnosed with depression. Using machine-learning algorithms, the team analyzed the content of the users’ posts from the months and years before receiving the diagnosis, and compared these to the posts of similar people who did not go on to develop depression.

The analysis found differences in how frequently certain kinds of words appeared. For instance, people who later received a depression diagnosis talked about themselves on Facebook measurably more often than people who did not develop the mood problem. The analysis, while small by big-data standards, was the first to link to diagnoses in medical records, and it solidified previous correlations between online language content and low moods.

“This is a well-documented process, that suffering generally contracts focus on the self, whereas mental well-being extends focus beyond the self,” Dr. Eichstaedt said.

The researchers found that, by analyzing Facebook language in this way, they could predict whether a person was on their way to being diagnosed with depression about 70 percent of the time. “That’s about the rate you get with clinical questionnaires, and we haven’t been able to do better so far,” he said.

Incorporating screenomes from even a sample of people who became depressed would put the Facebook data in a far richer context, and possibly clarify whether online experience indeed lowered people’s moods — and why. It might also reveal shared patterns of use in those who recovered from depression.

The link between screen time and personality is another area of intense interest for researchers. In a 2015 study, Dar Meshi, a cognitive neuroscientist at Freie University in Berlin, led a group of researchers who described the brain circuits that support the impulse to share, and which are likely linked to levels of social-media use.

Here, too, gathering the full screenomes of at least some heavy users of social media might clarify how brain biology relates to screen use. “There are so, so many different variables that devices can record, not just content but speed of use, keyboard habits, frequency of switching sites,” said Dr. Meshi, who is now at Michigan State University. “We would be foolish to ignore these” as data sources.

For now, screenome analysis may appeal primarily to people drawn to biotechnological self-discovery — those who send their saliva to DNA-testing companies or wear devices that track their footsteps and heart rate.

But if the idea takes hold in social science, it could prompt a fundamental shift in the kinds of questions researchers pose. “How much screen time is too much” is a puzzle for a past era. Asking which patterns of screenome activity are problematic, and for whom, is the better inquiry for today.