Just before the pizza arrived, my big, handsome husband went back to bed. He wouldn’t answer me. He didn’t want pizza, and he didn’t get up again for a week. Midlife crisis, maybe. Depression, definitely.

Eventually our lives resumed, but the man himself was detached and disinterested. He stopped cleaning anything, and he had been fastidious. Was stony silent when he had always been sweet and warm.

I tried to connect in as many ways as a wife can and suggested therapy, but the feel in our home was cooler. We stayed together out of commitment and shared history. This distance led to a cavern of loneliness for me, but where else would I go and what else would I do? My husband was my world.

I worked at a behavioral health clinic where every lifestyle was acceptable. My work friends, single women mostly, seemed as lonely as I, and we became family for each other — a girl tribe.

One boring day in September, a co-worker brushed her fingers against my bare forearm, and when I glanced up, she held my eye contact a fraction too long. A millisecond. In the time it took for me to blush, the entire world shifted, came into focus, brightened.

She was a charismatic person in the workplace with an unofficial fan club. It wasn’t her masculine energy that attracted me. It was her ability to make any day fun, her intense brown eyes and my own strangling loneliness. Her attention was flattering. I was stunned that I had worked with her for a couple of years and not noticed our chemistry before. How could I have missed it?

I had been boy-crazy in junior high and married to my husband exactly 20 years. I had never considered anything other than male partners.

She became my work wife, in office terms, and then some. Though I considered myself straight, I crushed hard. The idea was in my head, and this woman was in my heart. My husband lived only in my house.

In social work, where we can’t speak about our clients outside of the office, our colleagues become our closest confidants. Intimacy, emotional and physical, that may push boundaries in some offices was acceptable in ours.

She flirted with me, liked everything I posted on Facebook, and called me her “boo.” I tried to make sense of my feelings, tried to give this relationship a name, but there was none. Girl crush, sure. Affair? Not in the physical sense. Besties? There were other friends I had more history with. I began to think I might be losing my mind.

Read More:  The Body Reset Diet: Does It Work for Weight Loss? - Healthline

And she was out, out-out, having long been aware of her sexual orientation.

“Maybe she’s just an affectionate person,” I thought, but then I recalled statements and gestures that no other co-worker would say or make. Her hesitance to do anything that might make my husband “jealous.” Blushing at my compliment of her prettiness. Sitting by me in a meeting and saying, “It’s where I belong.”

Even more alarming: When I looked into her eyes, I didn’t feel lonely.

“Have you ever cheated?” she asked me one day.

And that was true. My husband was safe, so damn safe he was gone emotionally. I feared I was already cheating with my thoughts and feelings. Even if it turned out to be all in my mind, I wondered what else this deep loneliness might compel me to do.

I began collecting reasons I wasn’t crazy. Ways to prove that she liked me as more than a co-worker and more than a friend. After she skinned her knee and I complimented her on her legs, she found ways to incorporate a daily leg showing into her schedule.

Leaving work early one Friday, she left a message for me with a male office mate — “Tell Carrie I love her” — which he passed along with an uncomfortable throat clearing.

She was emotionally needy and tended to run hot and cold, but my presence soothed her when nothing else could. It was an honor to be chosen as her handler, her office-whisperer.

If she mentioned weekend plans with other friends, I would get revenge by going out to dinner with my husband, who would unwittingly retaliate by ignoring me in favor of ESPN on the restaurant’s wall-mounted TV. And I would feel justified in flirting with her again on Monday.

One day I’d been too busy to eat my lunch and left a bag of fast food, a hamburger and fries, on my desk. When I finally opened the bag, the box of fries was empty but for a few salty crumbs. She’d eaten them.

Rather than feeling angry, I was flattered by the assumed intimacy.

When Christmas came, I wasn’t sure what to do. I didn’t want to look like a stalker if she decided to go all co-worker on me, drop a piece of candy on my desk and call it good. In the end, I made a pocket dictionary of the creative curse words that pepper her vocabulary. She was thrilled.

We made an odd pair around the office. I was taller, girlie, straight. She was athletic, foul-mouthed, a self-described “butch.” I wore bikini panties, and she made a point of showing me her size small men’s boxers. I was an early bird to her night owl and would wake to find several texts she had sent through the night.

It felt dangerous to have a flirty friendship apart from my husband, who had always been faithful. But he didn’t care how much time I spent with her.

Then, with a suddenness that was jolting, I was replaced. Her next bestie was a cute new-hire in our department who was not-at-all confused about their relationship. My work wife flaunted this new friendship, relished in telling me the juicy details, as if rubbing my nose in it. I unfriended her on Facebook so I wouldn’t have to see the posts of her and her new office spouse happily obsessing over each other.

I had been scorned! Worse than scorned. An ex-boyfriend can be written off as an insensitive putz, but a woman knows full well how to hurt another woman. She behaved as if I had no right to be jealous; after all, we were just colleagues!

On rare occasions, we still ate lunch together, where I felt like a one-person audience at her show, and it was as lonely as being ignored at home. And now, a dreary Tuesday in the office was just a dreary Tuesday.

Very quickly, however, I noticed that my day was less complicated when she took time off, when I didn’t feel that tug to her and wasn’t obligated to tend her moods. But our work spaces remained close, and that required the zipping up of my emotional hazmat suit. It helped to blame her, to stop sensing her electrical current when she entered the room. Helped to stop checking my cellphone for her more distant “still heart you” texts. It felt good to mind my own business.

As glad as I was to be out of her tornado, I was offended by my demotion in her friendship hierarchy. I was now the person she went to if she couldn’t find anyone better. I desperately wanted to turn back the clock to when I had no relationship with her at all. I gave her the silent treatment. I stopped short of dirty looks, but my inner 8-year-old wanted to say, “You’re not my friend.”

We never discussed it, not our feelings for each other nor the apparent end of them. What could I possibly say? “We’re co-workers. Don’t you love me anymore?”

As time passed, I began to realize why her rejection stung so much. Her mixed messages reminded me of my husband’s. He allowed our marriage to continue in a passive way but refused to participate. Present in the house but not in the conversation.

Eventually, I sat my husband down and admitted that I was lonely. Really lonely. Lonely enough that — well, never mind, just deep in loneliness. I told him I needed more attention. Needed love. And so the emotional improvement projects began.

My husband found treatment for his depression. We spent more evenings together. He has the most beautiful laugh that pierces me in the finest way, something that had been in rare supply in recent months. With the return of that laugh, and with time, he was able to mend the work-wife-shaped hole in my heart. 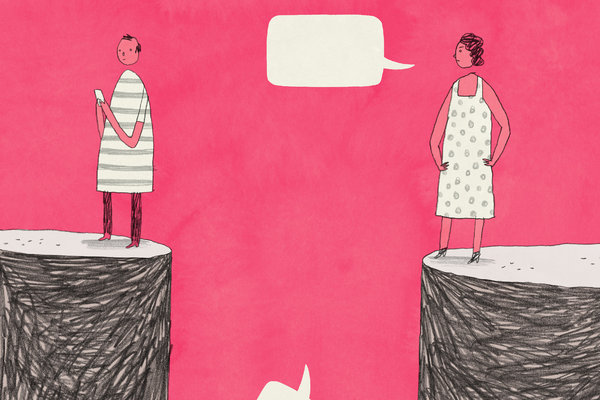 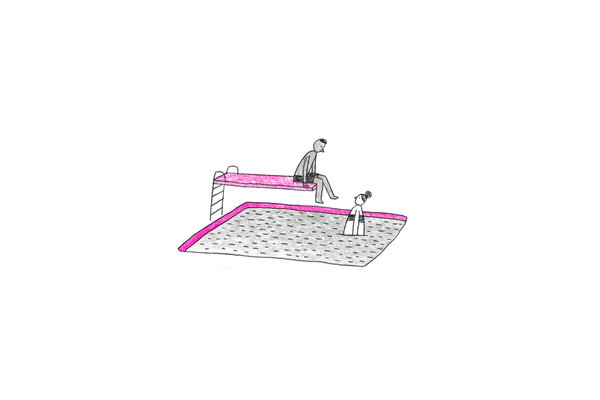 Carrie Malinowski is a writer and behavioral health worker in Prescott, Ariz.

Modern Love can be reached at modernlove@nytimes.com.