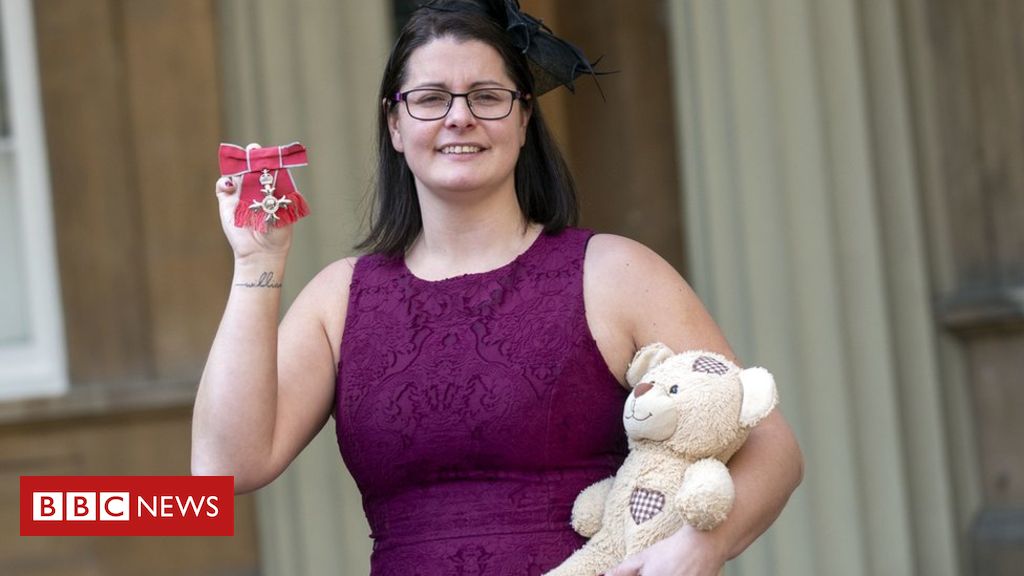 A health campaigner whose son died of sepsis carried his ashes in a teddy bear as she visited Buckingham Palace to collect an honour.

She was presented with an MBE by the Prince of Wales for services to raising awareness of the disease.

Ms Mead, from Penryn, Cornwall, said her family, who also attended, were “really, really proud” of the honour.

She said: “It is very bittersweet for everyone because we wouldn’t be here if William hadn’t died, but I know that he lives on in the thousands of lives that he has saved and that is the best that anyone can do.

“I wouldn’t have been here and done any of this if it hadn’t been for him giving his life.

“It is only fair and right that he is here with me because he is with me for everything that I do.”

William died at 12 months old in December 2014 of blood poisoning following a chest infection, which could have been treated with antibiotics.

He had been ill for six to eight weeks before he died and had been seen by GPs six times before his death.

About 44,000 people die from sepsis every year in the UK.

“I am more proud of that than I am anything else.

“We are in the western world and people shouldn’t die of preventable diseases like sepsis, so if we can change that then that is the best thing we can do.”