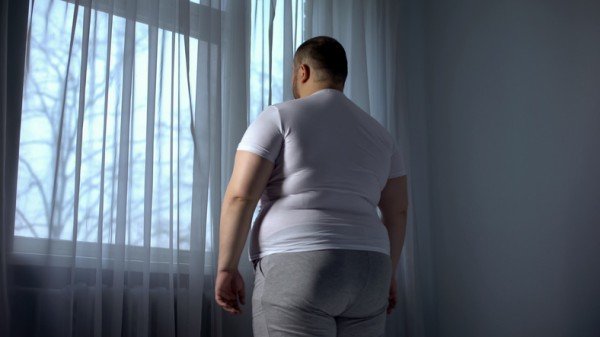 As I was recovering from my second major bout of depression, I was introduced to Brene Brown’s well-known TedTalk on shame. It didn’t really make a lot of sense to me at the time. However, looking back on my two bouts of major depression and their lengthy recoveries, it is clear that I had a great deal of shame. 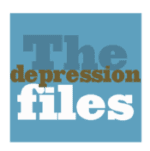 The first experiences I’m reminded of when I think of shame were the times I would go to the local pharmacy to pick up my medications (originally, several). I would wander around the store to make sure that there were no neighbors who I knew that would see me purchasing medications. What would I say if they happened to ask what medications I was getting? How would I respond if they asked me if I was sick? Now, also in hindsight, there was clearly a component of anxiety in play at the time. Anxiety often goes hand-in-hand with depression. That being said, there was clearly a component of shame in taking medications for a mental illness. When I’d return home from the stressful trip to the pharmacy, not only would I immediately throw out the receipt or any other evidence that I was taking an anti-depressant, but I would be sure to first tear it into many pieces. I also quickly hid the medicine in my underwear drawer, just in case someone would come into our master bedroom and see them.

When I first had depression, I would see my family doctor for medications. I remember sitting in the waiting room, wondering what would happen if someone from work  would happen to see me? Would I lie and say that I was there for a physical? I remember jockeying to find a seat in the waiting area that was conspicuous enough spot so that very few people could see me. I’d even hold a magazine near my face, covering it as best possible without being obvious. Focusing more on not being seen than actually reading any of the words on the pages. All of these actions, again, based upon my shame of needing to see a doctor for depression.

Read More:  Marijuana Affects Heart More Than One Can Think Of, Reveals Study

I was concerned about having to take too much time off from work in order to make it to my doctor appointments, particularly when I was first diagnosed seeing the doctor frequently. What would the staff at the school I worked at think if I was gone frequently for appointments, coming in late or leaving early? More shame. And once my depression got more severe, I had to starting seeing a psychiatrist.

The psychiatrist who I chose to see was at a Behavioral Health clinic. I certainly knew the excuse of being there for a routine physical or a nasty cold wasn’t going to fly had I seen someone I knew. They’d instantly know I was there for some type of behavior health concern. Solely based on my shame of bumping into someone who might recognize me from the large school district I had been working in for many years, I considered changing doctors. In the end, I decided that seeking out a new psychiatrist would be too stressful and not feasible. So I gritted through the experience of sitting in the waiting room for each of my appointments, hoping desperately not to bump into someone I knew or who even looked vaguely familiar.

Early on in my depression, I ordered two books about depression (as shame would prevent me from purchasing these books in person at a bookstore where people may see me making such a purchase). These were incredible books by Matthew Johnstone that do an amazing job of helping others understand what it’s like to live with depression, or to live with a loved one who has depression. I read them, shared one with my wife, and then gently hid them away on the top of a tall bookcase in the basement. Not on the top shelf, but on the top of the bookcase, concerned, due to my shame, that someone who was visiting us at some point in the future might just see the books and ask about them.

When my suicidal thoughts became pervasive and plausible, I had to make the excruciating decision to take time off from work in order to check myself into a partial hospitalization program. Excruciating, as I nervously wondered what the staff who I supervised would say if I was gone for three weeks or more? What would I say when I returned? The shame was powerful. I nearly chose not to take time off and not to receive the help that I needed because of this shame. I had brought my wife and sister to my final appointment to advocate for me, as I did not have much confidence in the psychiatric physician’s assistant who I was seeing.

Sure enough, the psychiatric physician’s assistant played into that shame, sharing with me how challenging taking off work may be. I was thankful for bringing my wife and sister who strongly advocated for me to enter a partial hospitalization program. In the end, I believe taking work off and entering such a program actually saved my life!

It was shame that kept me indoors when I took sick time away from work. I knew that it would be better to get outside. I knew I should be helping my family by running errands and driving our kids to activities. I knew that going for walk, getting a bit of exercise and fresh air, rather than isolating myself inside of the house, was important. However, the fear, once again, of bumping into someone I knew and having to explain why I wasn’t at work was terrifying for me. The shame of taking work off for depression was preventing me to do the things I needed to do in order to recover from depression and to help support my family.

Read More:  The connection between diabetes and hearing loss

Shame is powerful. Shame is dangerous. Shame often prevents people from getting the help they need. Shame played a role in me nearly taking my own life. Help normalize the conversations around mental illness, help end the shame!

Please tune in to my podcast, The Depression Files to hear me interview men who have struggled with depression. Inspirational stories of hope and perseverance!

As always, I welcome and encourage comments to this post. Thank you!

This post was previously published on Al Levin’s Mental Health Website and is republished here with permission from the author.
—

If you believe in the work we are doing here at The Good Men Project and want to join our calls on a regular basis, please join us as a Premium Member, today.

All Premium Members get to view The Good Men Project with NO ADS.

Need more info? A complete list of benefits is here.