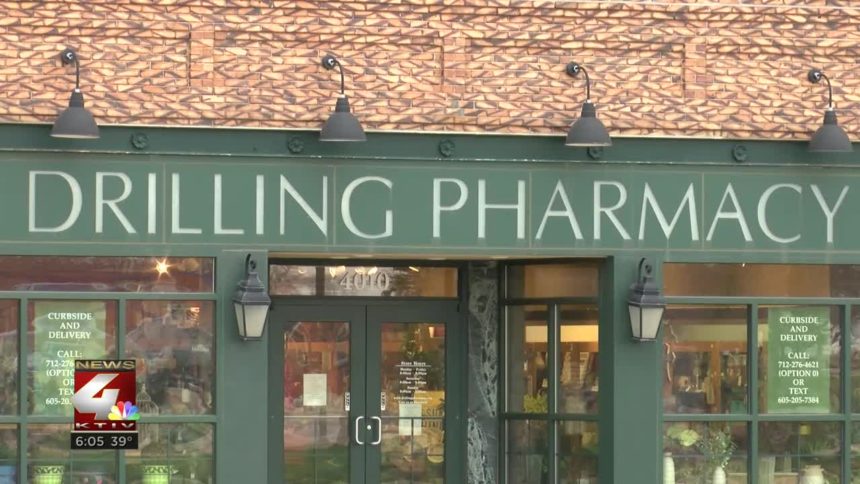 SIOUX CITY (KTIV) – A local pharmacy is doing its part to contain the spread of COVID-19 by closing its doors to the public, but still ensuring people get their medical prescriptions.

Bill Drilling, a pharmacist at Drilling Pharmacy in Sioux City, says they made the decision to close their doors not only to protect their staff, but also to protect the community.

Drilling says although their doors are locked they are still available Monday-Sunday.

“We are doing what we call curbside pick-up or just plain deliveries,” said Drilling. “To keep people in their cars, and keep the social distancing going.”

He says customers are able to text them, and an employee runs their prescription out to them.

As far as what’s happening inside, Drilling says they have split their staff into two teams. One team works at the pharmacy, while the other team works remotely.

“Basically we have two teams so that not everybody is here at the same time so if one team would get ever get COVID we would have another team that can come in and take over,” said Drilling.

Drilling says they’ll continue to be as accessible as possible. Their main priority is to be here, and take care of their patients during these hard times.

For more information about how to get your prescriptions delivered from Drilling Pharmacy in Sioux City, call (712) 276-4621.