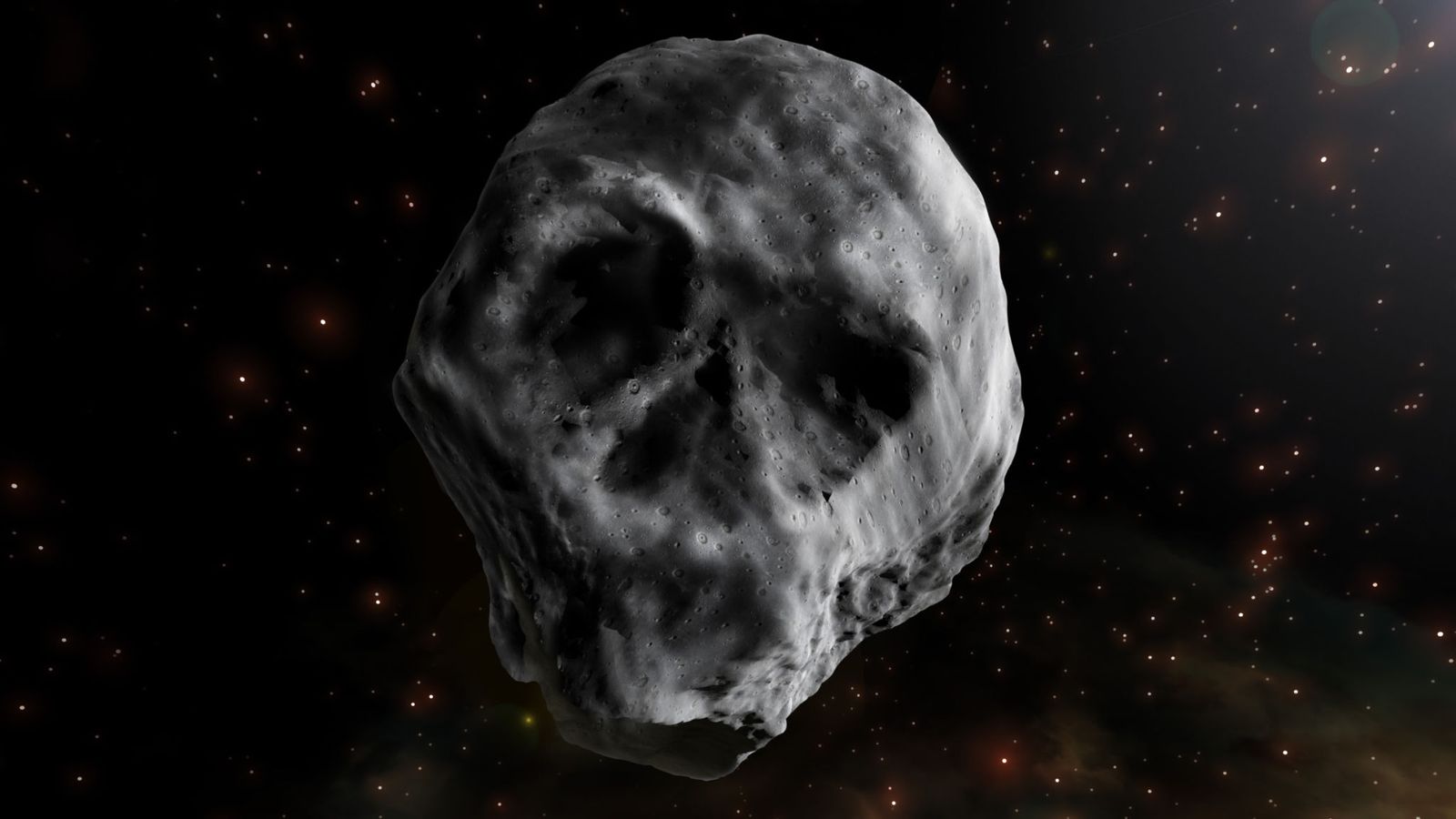 A “dead” comet that resembles a human skull is set to travel past the Earth less than a fortnight after Halloween.

The space rock, officially named Asteroid 2015 TB145, was discovered on 10 October 2015 by a team at the University of Hawaii.

NASA fittingly nicknamed the asteroid the “Great Pumpkin” before it passed the Earth at a distance of roughly 302,000 miles (486,021km) on Halloween that year.

Scientists who observed the asteroid using NASA’s Infrared Telescope Facility (IRTF) on Mauna Kea, Hawaii, believe it to be an extinct comet which has lost its ice due to repeated orbits of the sun.

After 2018 the comet is not predicted to fly past again for another 70 years, when it is expected to come within 5.4 million miles of Earth.

Scientists determined it completed a rotation about once every five hours.

NASA scientist Kelly Fast said in 2015: “IRFT data may indicate that the object might be a dead comet, but the Arecibo images it appears to have donned a skull costume for its Halloween flyby.”