Shares of SmileDirectClub plummeted 12.9% on Monday after California Gov. Gavin Newsom signed a bill that protects consumers who use teledentistry products. Bill 1519, which he extended through January of 2024, gives the Dental Board of California oversight over all dental operations within the state.

The stock is now down almost 60% since it went public just over a month ago, making it the worst-performing IPO this year among companies that went public with a valuation over $ 1 billion. The stock began trading on Sept. 12. Lyft is the second-worst unicorn performer since its IPO, down about 45%.

“While this bill does not preclude SmileDirectClub’s continued operations in California, it will create unnecessary hurdles and costs to Californians that need care but struggle to afford it. The undebated, clinically unsupported, and ill-advised policy changes that are included in this bill — a bill that was intended to reauthorize the Dental Board of California until last-minute policy additions were added — have created arbitrary barriers to technological innovation,” SmileDirectClub said in a statement. 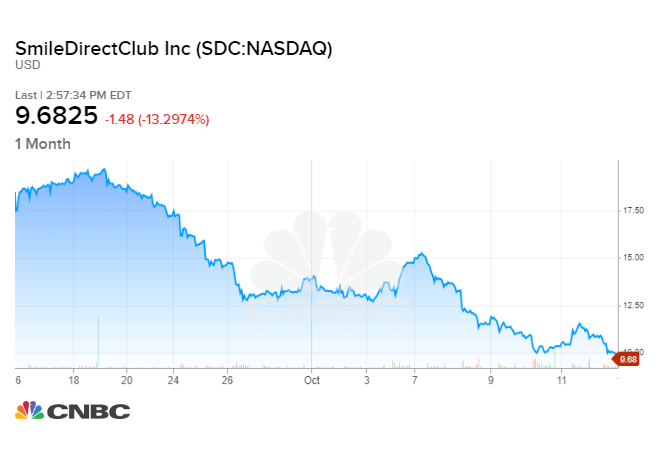 — With reporting by Gina Francolla

Read More:  What you need to know about claims of health care ‘firsts’