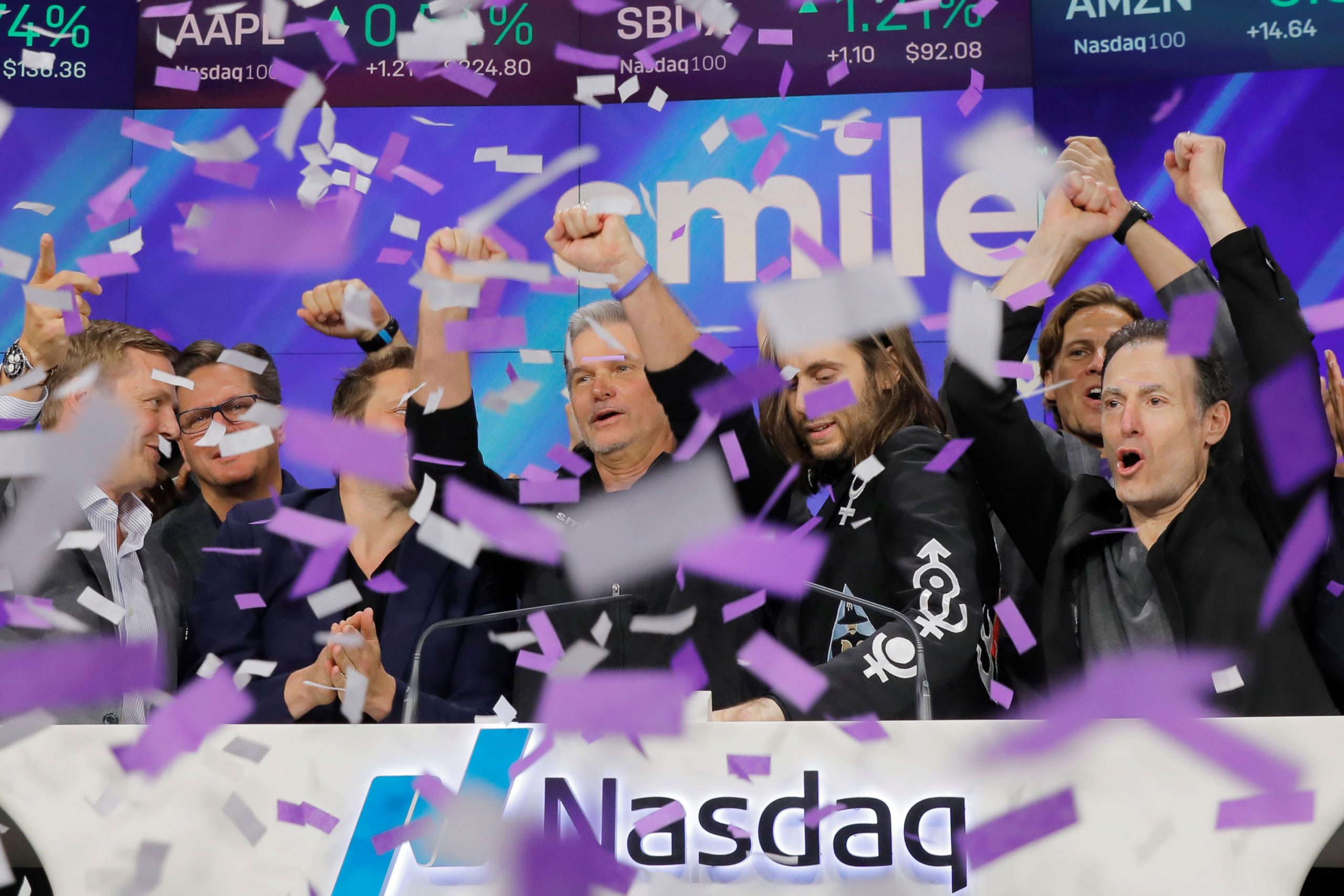 David Katzman, CEO of SmileDirectClub stands with founders Jordan Katzman and Alex Fenkell as the company debuts its IPO at the Nasdaq MarketSite in New York, September 12, 2019.

SmileDirectClub stock rose 15% on Monday after it announced that it will start selling its teeth-straightening products to dentists and orthodontists.

The company’s exclusive partnership with Align Technology expired at the end of 2019, freeing it up to market its clear aligners directly.

“We have seen increasing demand from the dentists and orthodontists in our network who wish to provide SmileDirectClub clear aligners to their in-office patients, and with our agreement with Align Technology now expired, we are no longer obligated to stay in the direct-to-consumer channel,” said SmileDirectClub Co-Founder Alex Fenkell in a press release.

SmileDirectClub shares were recently trading up 15% at $ 11.78. Despite the gain, the stock remains significantly below its 52-week high of $ 21.10. Meanwhile, shares of Align fell about 3%, on word that the two companies will now be in direct head-to-head competition.

The company will support this new distribution channel through its existing clear aligner manufacturing operation in Antioch, Tennessee. It had recently announced that it will add a second manufacturing facility located in Kyle, Texas, to meet the increased demand for its products.