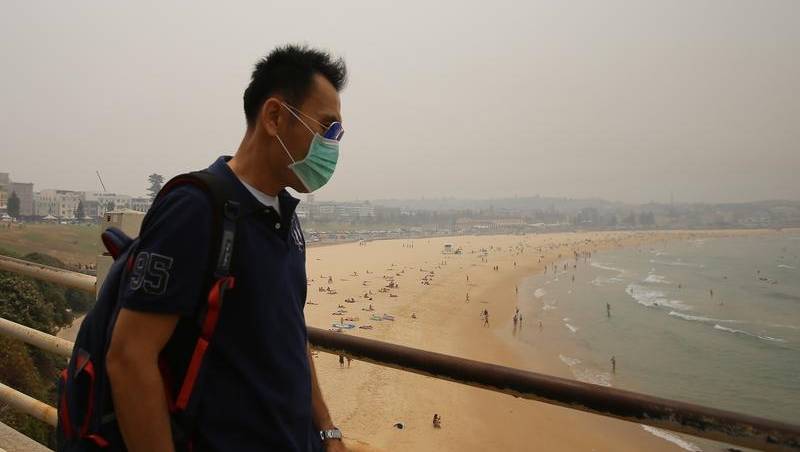 More than one million particulate-filter masks are being delivered to bushfire zones across NSW as residents start returning to homes in fire-affected towns.

Health Minister Brad Hazzard on Wednesday said the P2 masks had already been delivered to southern NSW which was ravaged by bushfires in the past week.

The masks are being made available in evacuation centres and pharmacies for everyone but especially for residents returning to homes in bushfire affected areas.

“Those masks are important,” Mr Hazzard told reporters in Sydney.

“They’re important because, worn correctly, they can operate to reduce dramatically the number of particles that are entering your lungs.”

Mr Hazzard added that the poor air quality across the state is as bad as he’s ever remembered it because its been so continuous and affected large swathes of NSW.

The masks may not be suitable for people with lung and pre-existing heart conditions with Dr Chant urging those affected to stay indoors and avoid smoke exposure.

“Everyone in Sydney and across the state of NSW would recognise we’ve really been in unchartered territory,” she said alongside Mr Hazzard.

“Sydney has experienced periodically bad air quality but some of our rural towns have been in the thick of it with really poor air quality.”

Sydneysiders have been urged to minimise their exposure outdoors and refrain from exercising vigorously if air quality is poor across the city.

Read More:  Can a migraine last for months

NSW Health has issued 15 health warnings since the start of the bushfire emergency in November.

Hazardous air quality was on Wednesday recorded in the Lower Hunter Valley, on the Central Coast, in Sydney, the Illawarra, southern tablelands and southern NSW.