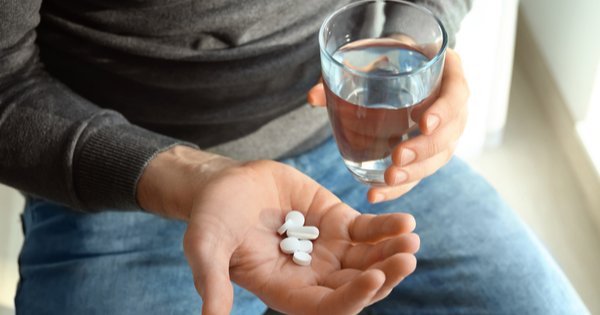 During my childhood, I had a cognitive impairment which inhibited me verbally. I felt like the majority of situations and conversations I was in were really difficult for me whereas everyone else knew what to say and do with relative ease. There were many times I had difficulty processing simple information and I didn’t understand why my brain didn’t work the same way as everyone else’s. There was a lot of derision for my lack of social ability and I experienced a lot of pain from this. 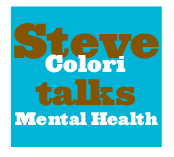 However, I still had a number of friends and I had a 3.66 GPA in school. For a short while when I was taking medication for ADHD, my life began to improve. What were originally B’s and A’s on my school work, turned into straight A’s with ease. I did much better socially, and I was able to carry on conversations with friends whereas before I was very impulsive conversationally. I was able to process information and it felt like I had more space in my brain to operate and think of what to say and do.

At age sixteen when considering whether I wanted to take medication, I felt stigma from it. Everyone around me didn’t need medication to function and this was one of the reasons that inclined me to stop taking it. I didn’t want to believe that I needed help to function as well as everyone else, and some of not taking the medication was hubris. There’s a societal notion that everyone has somewhat equal intelligence and we’re all born with the same mental and emotional capacities, those being that we all should have a high EQ and IQ.

From a physical standpoint, this notion is always proven false given physical differences are more visible. Whenever I fell short of other peoples’ intellectual expectations there was constant derision. It was never once mentioned to me or made socially acceptable that I could admit to not being as mentally or emotionally functional as those around me and take medications for it. As opposed to having forgiveness and help people were mean and cruel. In my mind taking medication would have been dangerous and would have lead to more derision. I had been so constantly made fun of and ridiculed for my intelligence that it became incredibly painful and I decided not to admit to anyone that I ever felt inferior thinking that not admitting it meant that it didn’t exist.

Read More:  Best and Most Recommended Treatment For Breathing Problem

Everyone had this notion that we’re all created equal mentally and emotionally and that everything was a meritocracy. If my classmates were doing well it was because they were intrinsically intelligent and they must have earned it and deserved it. However, if I did well it was because I was lucky.

When I was doing poorly it was easy for them to just say it was because I was stupid and that I deserved to be so and I must have done things to deserve my condition. Having a cognitive impairment seemed unacceptable to others and this created the most damage because I couldn’t change my intelligence through effort. There were some parts of my intelligence that were malleable but effort couldn’t rid me of the cognitive impairment. No one had ever mentioned to me growing up that it’s okay to receive help with mental and emotional detriments the same way people have physical ailments. It was implied that if you weren’t functioning as well as everyone else around you that you were less valuable and that you weren’t working as hard.

There were hierarchies of intelligence everywhere I went and these were incredibly damaging. If you were smart you held far more value to everyone than if otherwise, and there was no equality expressed in regard to the intrinsic value each person holds in life and with everyone deserving an equal amount of respect. My classmates projected to me that it wasn’t okay for me to be less intelligent or to get help for it.

I felt a great deal of pride in considering myself equal to my peers and there was no space in society to have weakness as a man. My notion of manhood was constantly being strong and not having any flaws, and these false notions contributed to my hubris which played a part in not wanting to take medications which was damaging in my development. To this day I still feel if I had taken medication I could have avoided the myriads of social trauma I went on to experience in college and never had developed schizophrenia.

I also felt the medication could be seen as a performance-enhancing drug, which to an extent it was given I was a much better baseball player with it than without it, and I didn’t want to be a cheater. There was a societal push during this era in the early 2000’s against performance-enhancing drugs. My psychiatrist never had any conversations with me around the difference between a needed medication and a performance-enhancing drug. And also, that maybe it didn’t matter who won the baseball game or how well I played. No one ever broached the notion that maybe, just possibly my mental and emotional well-being was far more important than the outcomes of high school baseball games, even if that meant compromising the integrity of the game or just not playing.

After my first episode of schizophrenia, I needed to take medication to stave off the illness. However, taking medication still made me feel inferior to others and fed into already strong emotions of inferiority that I felt from my episodes. I wondered why my brain didn’t work the same way everyone else’s did without medication. Feeling I had a deficit and needing the medication also made me question my faith.

As my first episode was developing and my mental health was declining I was in a college class where we watched a film on birth defects. Someone with down syndrome questioned whether Jesus had any love for him because he had been through so much adversity from his ailment. This struck me in the heart. For many years I had felt the same way about my own cognitive impairment. I felt like our Creators had let me down and they didn’t do as good a job with me. I felt abandoned by a force that was supposed to love and care for me.

Society tends to stigmatize people for not having intelligence, and this societal stigma played a major role in developing schizophrenia. One of my main drives during my episodes was improving my intelligence so that I wouldn’t be made fun of anymore. During middle school, I was constantly ridiculed for my intelligence and I had a near suicide attempt because of it, so it felt as though I had to be smart in order to prevent those things from ever happening again. I made a number of efforts to become smarter while my mental health was declining that just deepened the thought webs that comprised schizophrenia and made it more difficult in the following years to recover.

Society also tends to ridicule people for having to take medications. On television, there are constant jokes about people needing to take their meds followed up with fake crowd laughter. Within my daily interactions, many people have made comments like “He didn’t take his meds” and they still do so to this day which is supposed to be an explanation for someone acting outlandishly. The difficulty of this is that I do know I’m a much less rational human being and I start believing I’m a messiah who is going to save the world when I don’t take medications. There is truth in the fact that not taking medications diminishes my functionality which makes these comments incredibly painful. After my first episode my parents would ask me if I had taken my medications and it felt like a nightly shaming session. I always felt overwhelmed with feelings of inferiority. I felt embarrassed and sometimes humiliated. Within my mind, there was an implicit message that taking the medications made me inferior to everyone else.

Read More:  Where to get yoga certification

I’ve learned that the medications help and I’m going to take them because they allow me to have the functionality I need to live the life I want to. I’ve also realized that the pain of stigma surrounding them comes from feeling devalued as a human being. The shame of being less intelligent, being made suicidal for being less intelligent, and being shamed for taking medications so my brain can function properly all factor into this pain. However, I now know I’m just as valuable as everyone else on this earth no matter what my intelligence level is and although different levels of intelligence may accomplish different things that don’t detract from the more humane elements of living.

Everyone has emotions, everyone has love, everyone has a right to pursue happiness. When I think of how our society assigns value to people I understand we live in a capitalist economy that is driven by competition. Many times there are monetary incentives to make people sound more valuable than others. There are personal incentives for us to prove our value so we can gain employment and advance within the world.

However, I wonder if the value of a human being can ever truly be quantified? I don’t think it can, and I know and understand we all have equal value, if not to everyone then to those who love us and to ourselves.